The 2021 United Nations Climate Change Conference of the Parties, otherwise referred to as COP26, is happening right now in Scotland, where world leaders are meeting to discuss climate change and possible solutions to address this major problem at hand. With over 120 dignitaries attending the summit, including U.S. President Joe Biden, a heavy presence of police vehicles is expected on the streets. Of course, this can be interpreted as counterproductive given the purpose of the event, which is why Harley-Davidson is providing Scottish police with Livewire electric motorcycles.

As reported by Visor Down, officers of Police Scotland tasked with patrolling the streets of Glasgow during COP26 have traded in their standard-issue Yamaha FJRs and BMW R1250 RTs for the electric Harley-Davidson Livewires. Of course, these were modified by Harley-Davidson Europe and local dealers ahead of being handed over to the police, with the electric cycles now sporting the customary lights, PA system, and traditional yellow and blue livery. 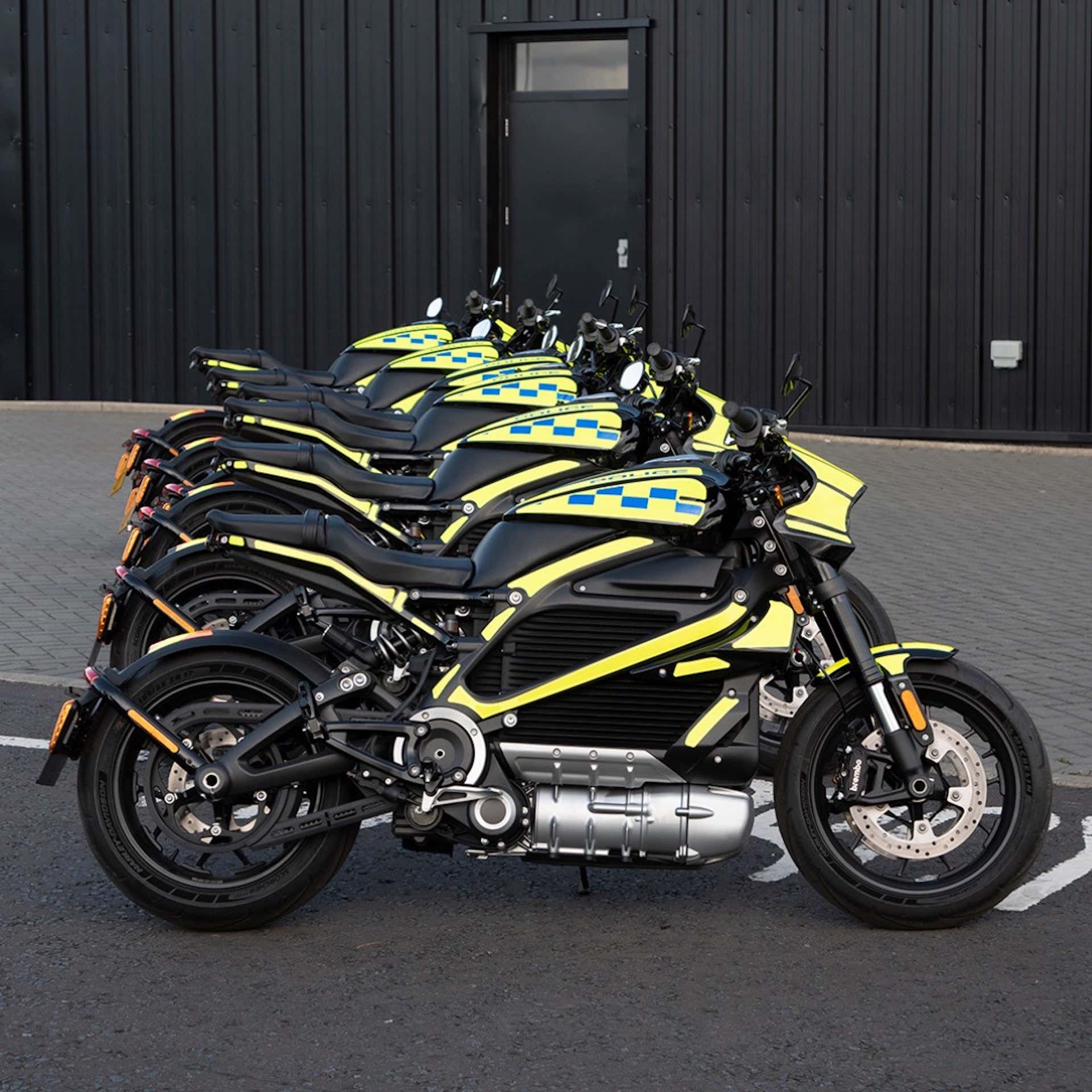 According to the report, the Livewires were delivered to Police Scotland back on Oct. 22, giving the respective officers plenty of time to get used to the differences between their regular motorcycles and these electric units.

“Where possible we have taken measures to ensure that COP26 is policed in a sustainable and environmentally friendly way,” Superintendent Darren Faulds, of Police Scotland Roads Policing, told Visor Down. “Our work to improve our sustainability has been enhanced thanks to the support of Harley-Davidson, and we welcome these electric motorcycles as an addition to our existing road policing assets to help with the delivery of a safe and secure event.” 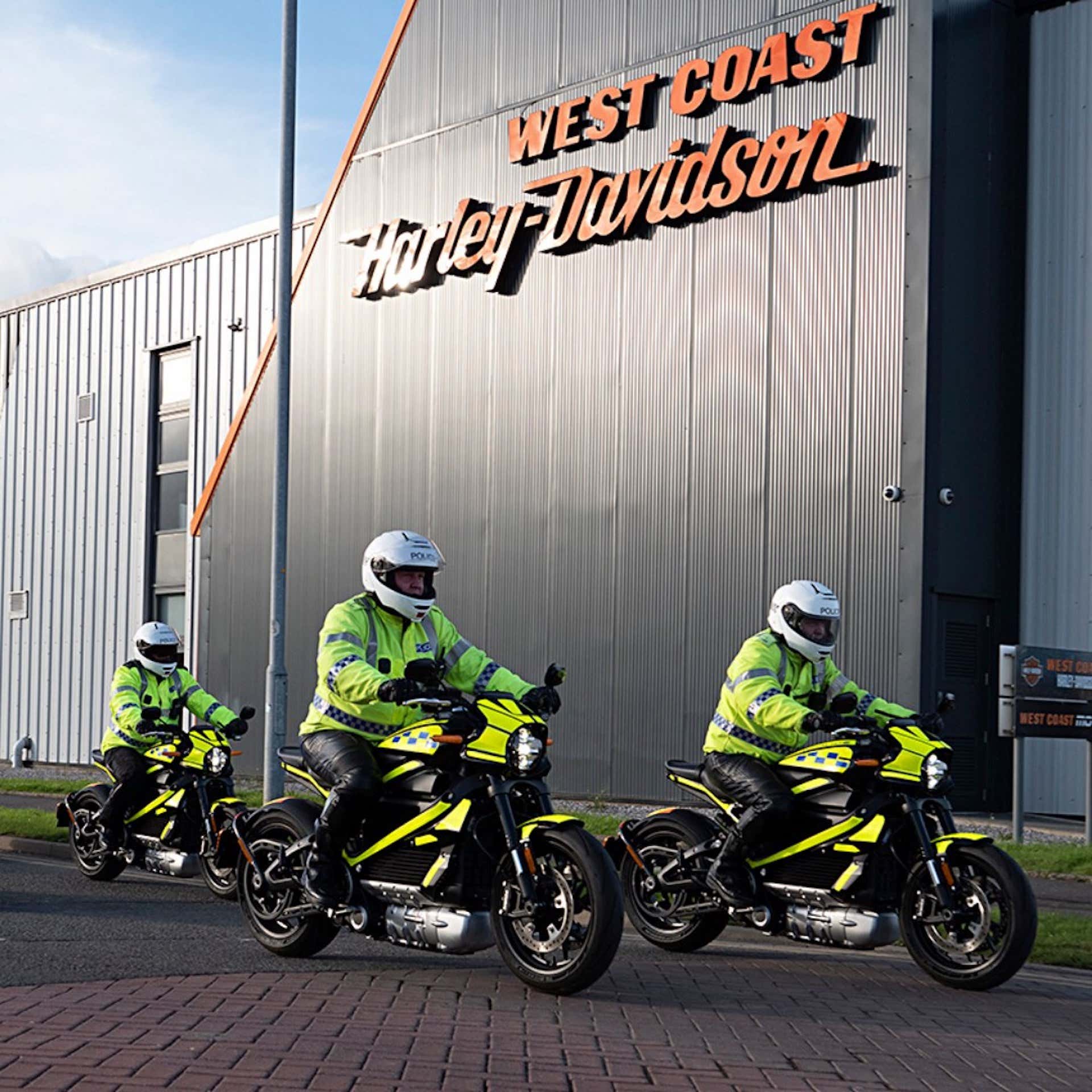 As we shared back in 2019 when our own Jonathon Klein reviewed the Harley-Davidson Livewire, the combination of a 78kW motor and 15.5-kilowatt-hour battery is good for 146 miles of range, according to the bike manufacturer. With 105 horsepower on tap, the electric Harley can go from zero to 60 mph in just 3.0 seconds, ultimately topping out at 110 mph.

With patroling limited to mainly the city center and short routes between the event’s headquarters, airport, and other secure locations, the relatively short riding range shouldn’t be an issue for the new, electrified police cruisers.

Got any tips? Emails us at [email protected]