Opened in 1948, the 2.4-mile Goodwood Circuit replaced a perimeter track of the Royal Air Force’s Westhampnett airfield. Frederick Gordon-Lennox’s motorsport hub enjoyed tremendous success throughout the 1950s and early 1960s, only to also host the accident that ended Stirling Moss’ international career in 1962. With the increasing pace calling for more chicanes, by the end of 1966, the 9th Duke of Richmond decided to close down his circuit instead. However, testing would continue, which led to Bruce McLaren’s death in 1970, when rear bodywork failure on his McLaren M8D Can-Am sent him into a spin, only for the big block prototype to crash into a since-demolished bunker.

When the 11th Duke of Richmond decided to reopen the circuit for the Goodwood Revival in 1998, the place was completely rebuilt without changing its original layout. A softwall chicane was built just before the main straight, and every preclusion has been made to make vintage racing as safe as possible at Goodwood. However, with the circuit’s speed maintained, running Formula 1 cars at qualifying speeds remained just as much out of the question as racing modern F1 or LMP-style machinery at the Nordschelife. 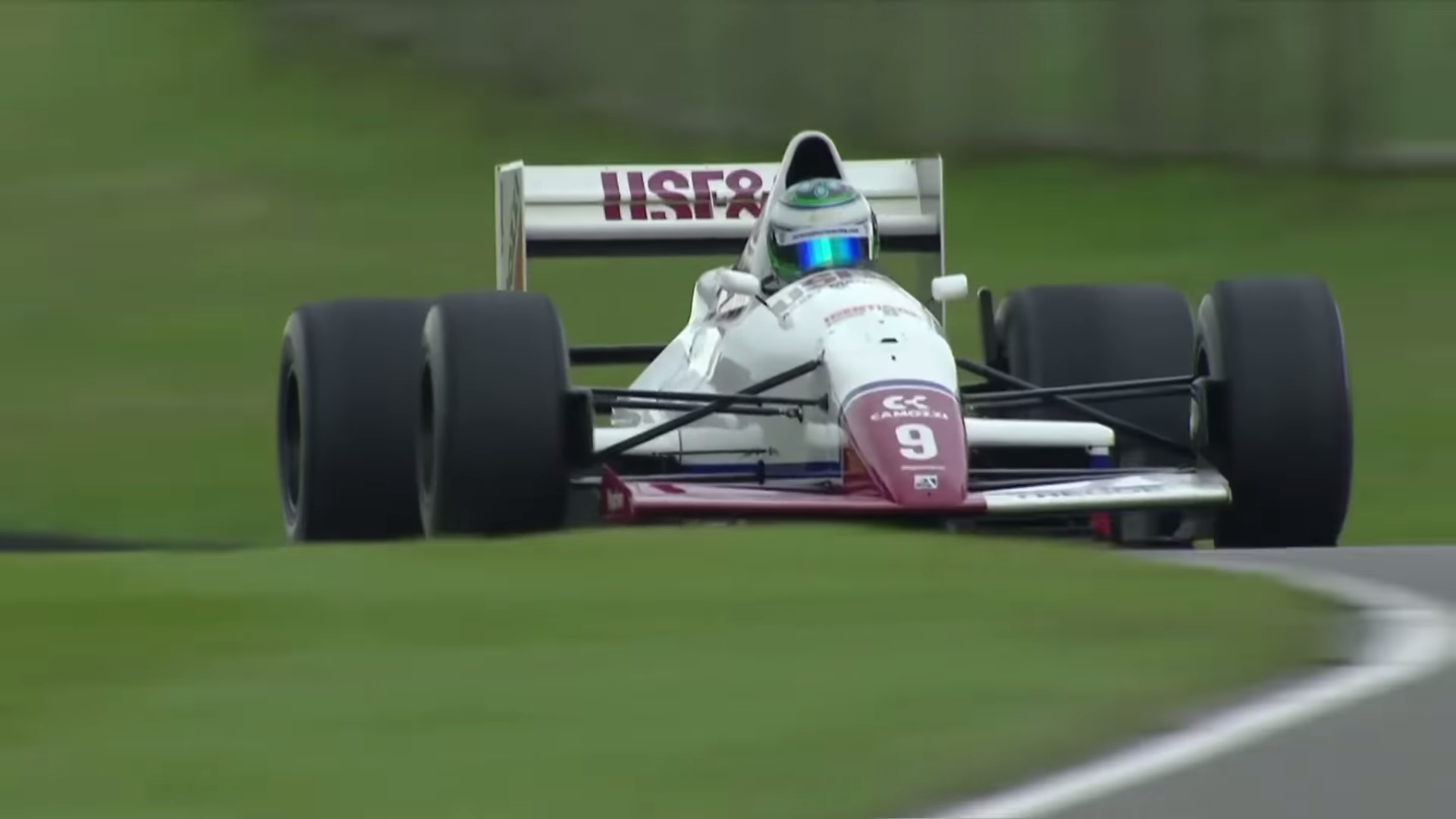 Nick Padmore is a regular at Goodwood. Back in March, 2015, he set a race lap record of 1:18.217 driving a Lola T70 Spyder during the Bruce McLaren Trophy. He has also won the FIA Masters Historic Formula One Championship driving a Surtees TS9B, a Lotus 77 and a Williams FW07C.

F1 and Group C cars usually do parade laps around Goodwood, yet the pandemic edition invite-only Speedweek event gave Nick Padmore the chance to pilot a 1989 Arrows A11 as quickly as he likes. Designed by Ross Brawn and James Robinson, the Arrows A11 packs a 3.5-liter naturally-aspirated Ford Cosworth Ford DFR V8, and while back in 1989 this combination was only good enough for a seventh place in the championship, in 2020, this USF&G-liveried Arrows A11 rips healthier than ever in the hands of Derek Warwick, Eddie Cheever or Martin Donnelly.

With Nick Padmore getting the green all the way, the Arrows A11 broke all records with a lap time under 1 minute and 10 seconds. A 1:09.914 to be exact. Congratulations to Nick and that Cosworth V8, and may the spirit of 1989’s F1 designs live strong in the heads of the FIA’s current leadership!