Dealer markups have become a lightning rod for controversy this year, as some automakers playing whack-a-mole with dealerships looking for a money grab. Some locations aren’t slowing down on making all they can while they have the opportunity, and prices are jacked up for popular and hard-to-get vehicles. As you might imagine, that has led to frustration across the board, and the founders of a new site called Markups.com have harnessed that collective energy to crowdsource and track prices at dealerships across the country.

Markups.org Vice President Tiffany Soucie-Howren is also a consumer privacy and rights advocate who says the site is “ruffling a lot of feathers.” So much so, apparently, that the founder is staying anonymous for the time being. Data points on the site are currently a combination of imported submissions from the original Google Docs tracker the founder created last year, public forums with the owners’ permission, and new user-posted submissions directly on the new site. The software itself has been about two months in the making, with another two to three months’ worth of development to finish building out the features. Soucie-Howren said the research and development, datasets, and planning go back to the middle of last year.

“We aim to provide transparency to consumers and the manufacturers by shining a light on shady dealers,” Soucie-Howren told The Drive. 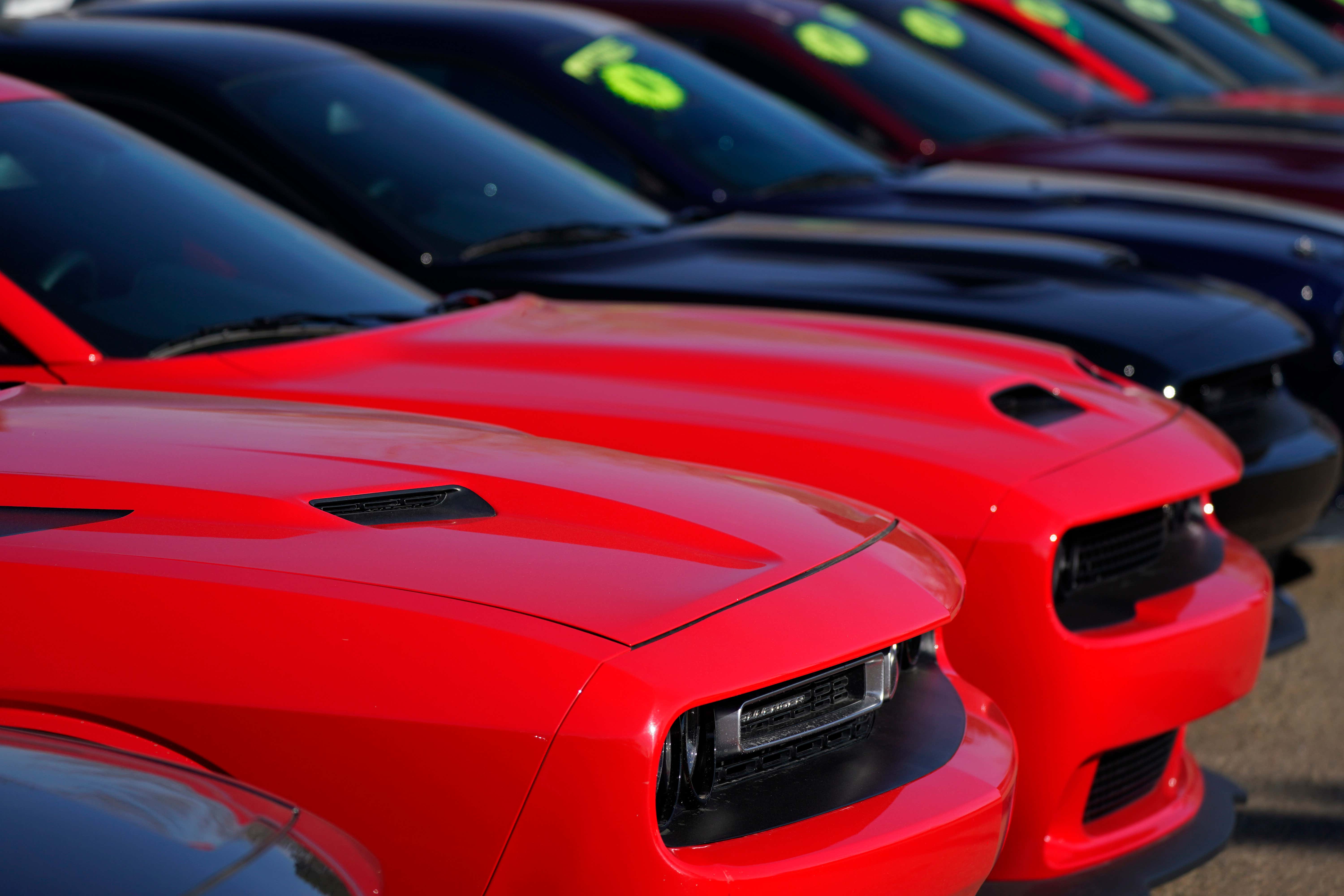 In February, Ford CEO Jim Farley warned that he knows which dealerships are engaging in “unreasonable” price rougingstrategies, adding that he’ll be cracking down accordingly. In the meantime, prices are ricocheting wildly. One reader, David Z, told me via email that he was quoted $30,000 over MSRP on a full-size Bronco at a local dealership in Louisiana.

“I called multiple Ford dealers in Texas, Louisiana, and Colorado looking to buy a Bronco,” he said. “Every single dealer that had a Bronco for sale said ‘NO’ when I asked if I could buy at MSRP. I found the prices ranged anywhere from $18,000 to $30,000 over MSRP.”

Several Toyota owners sent me messages like this one after my story ran about the 4Runner markup forum:

“I live in Central California and called every single dealership in CA to get a 4Runner,” he said. “There are only about five Toyota dealerships in California that do not price gouge or add any markups to any of their vehicles.”

“Dealerships taking advantage during these challenging times are also wrong. It should be illegal!” he continued. “How is it any different when during early COVID times, it was illegal for stores to price gouge on toilet paper and Clorox bleach? Same should apply to all dealerships.” 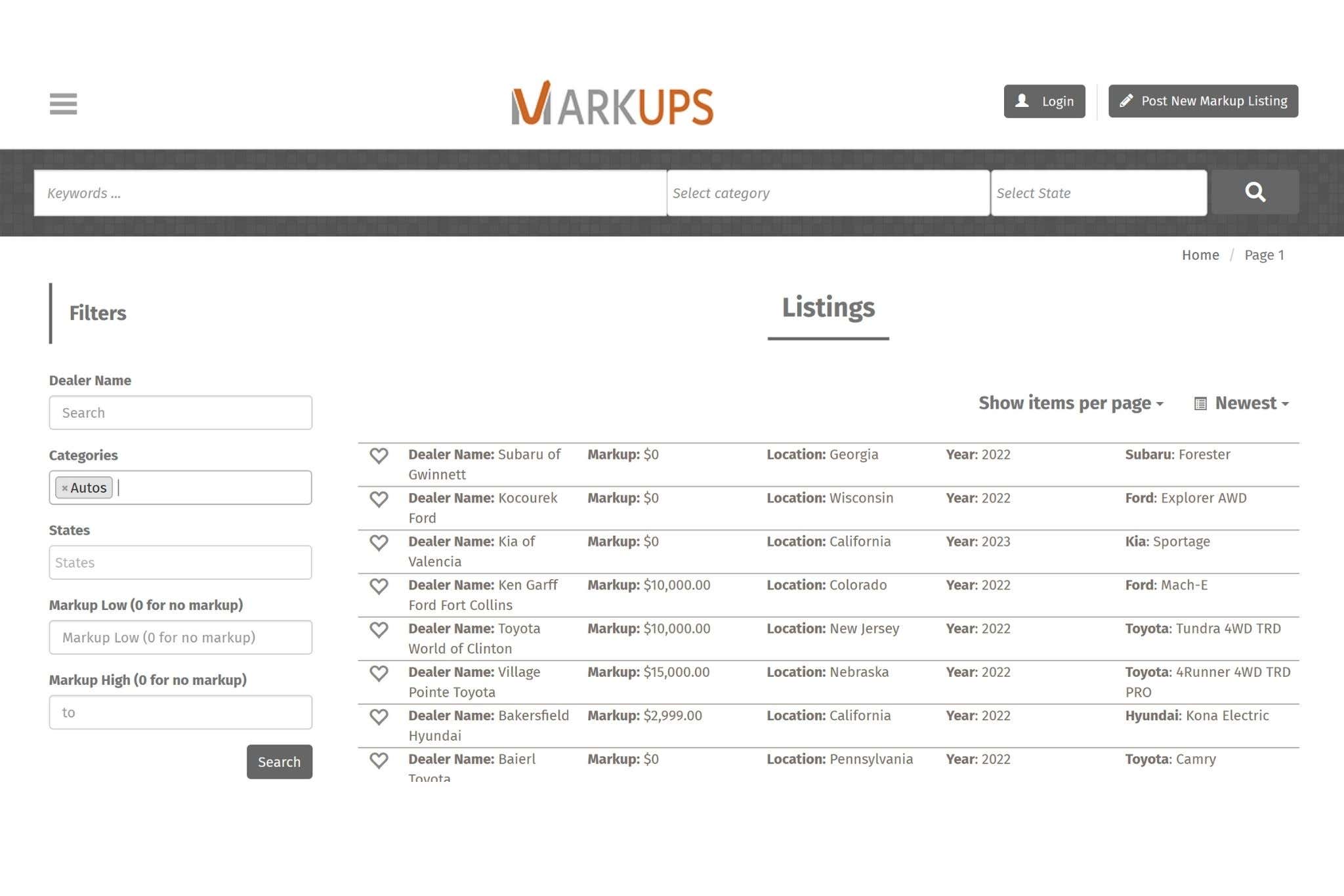 While there is no doubt that markups are happening in some cases, it’s not a stretch to imagine that someone who has a bone to pick with a dealership could smear them by reporting false markups. Soucie-Howren said they have established a protocol to follow; they’ll spend time hunting down the source and finding the poster to ask them if the data is accurate, then compare it to published data.

“We do see the possibility for abuse here so we plan to build in verification steps and reporting systems that will curb abuse,” she said. “For instance, maybe a competing dealership posts up a bunch of false markup submissions for a neighboring dealership. We will be able to control these in an appropriate manner. The idea is to maintain the openness and transparency of crowdsourced data sets, coupled with the ability to limit abuse like Yelp or Google reviews.”

This is an issue that has been reported for quite some time—remember when the Dodge Challenger SRT Demon launched? If Markups.org is able to stay alive and avoid litigation from angry dealerships, it will remain a valuable resource for buyers looking for a car at sticker price. Meanwhile, they’re taking note of which sites are charging more and brand-loyal buyers say they won’t forget.