Home » Auto News » New 007 No Time To Die Trailer Gives Us More of What We Love: James Bond Cars

New 007 No Time To Die Trailer Gives Us More of What We Love: James Bond Cars

The newly-released second trailer to No Time To Die opens with James Bond dodging a speeding Maserati Quattroporte by hiding under a rock before grabbing a cable and jumping off a bridge. You know, typical Bond stuff. The film was initially set to premiere in April but was pushed back to November for obvious reasons. Now, this admittedly long glimpse at Daniel Craig’s final feature as Bond reassures us that the anticipation will be worth the wait.

This new trailer gives us more of what we loved in the first one: cars. It also provides more screen time of the film’s main villain Safin, played by Rami Malek, and the new female 00 agent played by Lashana Lynch. We also see Ana de Armas kicking ass in an evening gown as the film’s latest Bond girl.

According to IMDB, No Time To Die sees James Bond coming out of retirement to rescue a kidnapped scientist, which, of course, turns out to be more complicated than expected. James Bond and crew hunt down Safin to prevent him from—you guessed it—destroying the world.

A plot with Mission Impossible vibes? Yeah, but who cares? We don’t watch 007 or Mission Impossible movies for their depth. We buy overpriced popcorn to see good-looking folks performing spectacular stunts in postcard parts of the world. But above all else, the cars.

In this trailer, we get to see more Aston Martins and Land Rover Defenders being tossed around like a seven-year-old’s Hot Wheels collection. We get yet another peek at the machine gun-slinging Aston Martin DB5 and the new DBS Superleggera. We even catch a glimpse of the 2022 Aston Martin Valhalla parked inside a wind tunnel.

The Valhalla is the result of a collaboration between Aston Martin and the Red Bull F1 racing team—a mid-engine supercar powered by a 3.0-liter twin-turbo V6 with a hybrid system that’s essentially an F1 car for the street. Also, it costs well over $1,000,000 bucks. 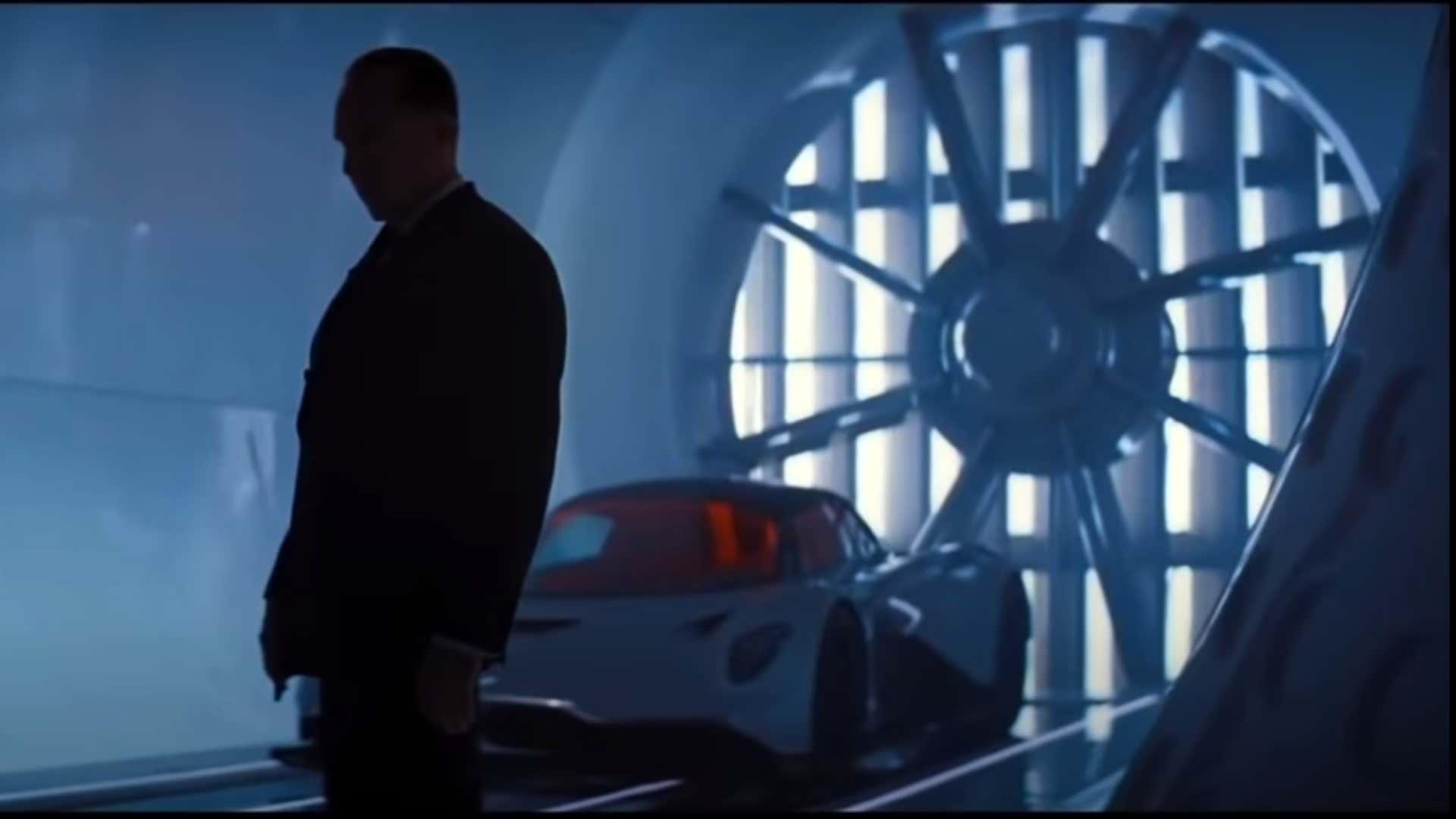 While not featured in this trailer, apart from a driver’s side door, is the 1985 Aston Martin Vantage used in the 1987 Bond film The Living Daylights. Land Rover gets a handful of frames throughout the trailer, and nearly every scene shows them flying through the air—a stunt that Land Rover claims was not digitally enhanced, but done by real stunt drivers.