Drifting is one of the most popular and trendy grassroots motorsports out there today. But while ripping around a track is certainly fun, tires and mistakes make it a not-so-cheap hobby. To offset the cost of sliding a real car around, why not hop into the driver’s seat of a radio-controlled drift car instead?

While it’s not exactly the same as piloting a rumbling, life-sized tire shredding machine, RC drift cars have also become increasingly popular over the past few years. Hobby shops have begun stocking popular parts used in scale drift builds, which has led to a rather large aftermarket following that allows people to build whatever dream cars their hearts desire… just a bit smaller.

For those of us still craving a bit of realism, don’t fret! One man discovered a way to make the most out of his RC build by stuffing a GoPro inside of a scale Nissan Laurel. And if that wasn’t enough, he added in a few servo motors and fake arms so it feels even more like the real thing. The result? An incredibly fun point-of-view that makes watching replays almost as good as the real thing.

The car in question was built by Michael Dayton who runs several HobbyTown franchise retail stores alongside his father in Virginia—one of which has an indoor RC drift track.

Dayton tells us that the car started out life as a Yokomo YD-2, one of the most popular underpinnings used in RC drift builds on the market today. To accomplish this point of view, he knew that he would need to stuff a lot of extra electronics into the car, so he worked to build a wider custom chassis with carbon fiber to house all of the extra parts. He then chose a body with plenty of headroom to make sure his camera fit: a Nissan Laurel C33 by Yokomo.

Fitting the camera was the easy part. Dayton affixed a GoPro Hero Session on a servo that could pan as he steered, mimicking the same moves that a driver’s head would follow on the road. But panning wasn’t enough—there needed to be more realism. He built out some arms using RC turnbuckles and added ball joints in place of the shoulder and elbows to allow for full mobility within the car.

Since he now has arms that will move whenever he wants them to, why not put them to use? Dayton built out a custom rotating steering wheel that uses gearing to increase the rotation range of the wheel past the 120-degrees of rotation provided by the stock steering servo. Also, you’ll notice that another important part of a drift build is present: a hydraulic e-brake. Another servo is present to make the hydro setup appear to be pulled whenever Dayton hits the brakes on the car’s radio, making it seem like the driver is pulling the brake to initiate a slide. 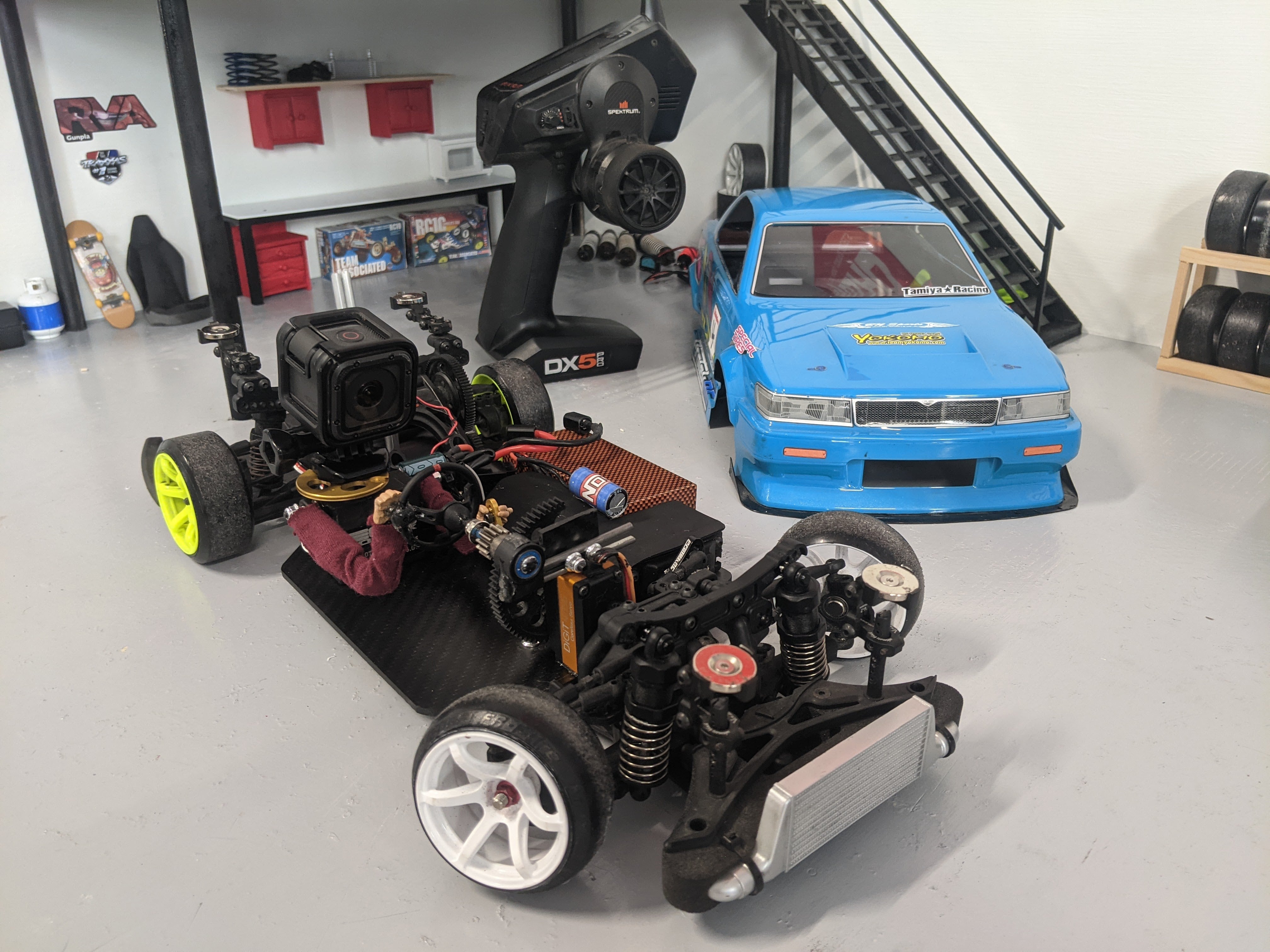 It’s hard not to be impressed with this level of dedication to a build. As an onlooker, it’s incredibly cool to watch the replays of a run around the track from inside the car, as most people simply slap a camera to the outside of the car’s body. And sure, without a shell, the arms and GoPro head do look like nightmare fuel, but together they provide such a unique perspective to RC drifting that we’re going to let it slide (no pun intended).

Related posts:
TFL Tries To Charge An Electric Car Using New Ford F-150 PowerBoost Hybrid
F1 should ‘do everything’ to bring forward new engines
Best News
Porsche Cayman GT4 RS Spied Enjoying The Snow
01/25/2021
FBI: No crime committed as ‘noose’ rope was there in 2019
06/23/2020
Why VW Pulled The Plug On A 400bhp VR6 Arteon R
06/23/2020
2021 Kia Grand Carnival breaks cover – solid looker! – paultan.org
06/24/2020
New Volkswagen Arteon Shooting Brake arrives as part of facelifted line-up
06/24/2020
Recent Posts
This website uses cookies to improve your user experience and to provide you with advertisements that are relevant to your interests. By continuing to browse the site you are agreeing to our use of cookies.Ok