Lexus Is Dropping Its Logo from the Back of Its Cars

Lexus has decided it’s time for change, both drastic and subtle. With a newly appointed operating officer, Koji Sato, the marque has plans to shake things up globally by going totally electric in 2030.  Before that happens, though, it apparently wants its cars to be more recognizable, and that means dropping its long-standing emblem from the back of its vehicles, as Motor Trend reports.

The small tweak means cars and SUVs from the Japanese automaker will now read “Lexus” across the back while maintaining the company’s badge on the front fascia. This change has already started with its small NX crossover and the updated LX—now the only version of the Toyota Land Cruiser you can get in the United States.

Speaking to Motor Trend about the branding change, Lexus’ General Manager of Product and Consumer Marketing Brian Bolain reportedly said, “We need some way to signify that change is coming to Lexus, and this may seem like a dumb way, but it catches your eye.” Some great faith in the plan there. 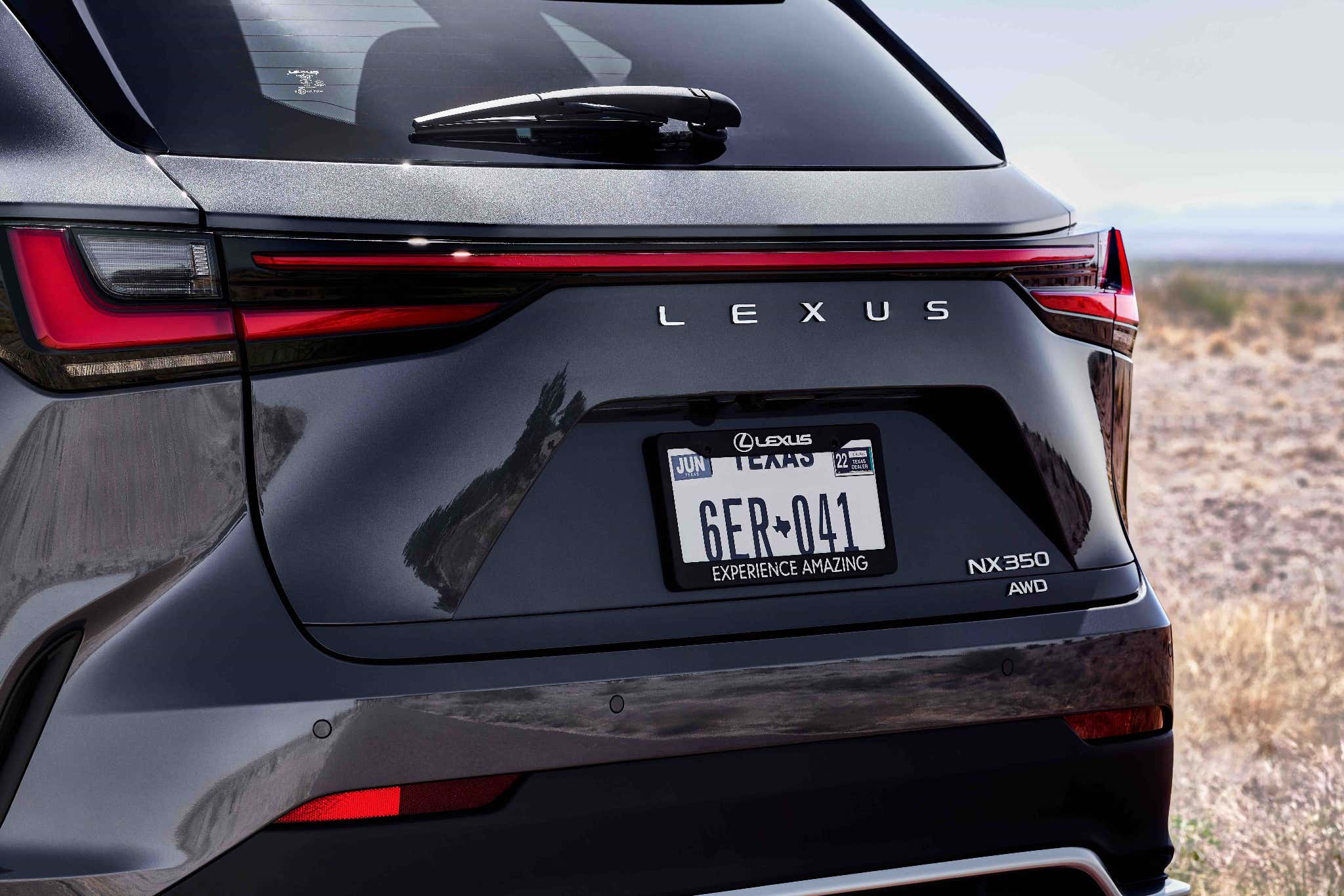 Bolain went on to explain how this small alteration won’t be acting alone. Along with ditching the badge on the back, the automaker will also be trying harder to tailor its offerings to specific markets. “One of our real pushes is the need to have more diversity of products and have more respect for the fact that some markets need some things that other markets don’t,” he said.  “As we move forward, there will be opportunities for us to satisfy North America, Europe, Asia independently as we spread our wings.”

Part of that initiative is adding its new touchscreen-based infotainment system to all future vehicles. For context, the system Lexus is ditching uses a laptop-like touchpad, and it’s widely considered to be too finicky for no practical reason. Bolain says this new system will come as quickly as possible to all models, likely within a 30-month window.

While these branding changes seem to be happening fast for Lexus, the change I’m less convinced of is its seemingly abrupt plan to be all-electric by 2030. The brand currently offers several V8-powered models, a few of which—like the IS500 and LC500—were unveiled relatively recently. There are even reported plans for a twin-turbocharged Lexus V8 to slot into a worthy engine bay sometime soon, which is very much the opposite of electrification.

Barring any speculation on the company’s true powertrain intentions, one thing we can be sure of is that a new infotainment system is coming, and “Lexus” is now being spelled out on the back of its cars. As far as that twin-turbo V8 is concerned, we’ll just have to wait and see. We do have a pretty good idea of what Toyota’s fun-loving CEO wants, though.