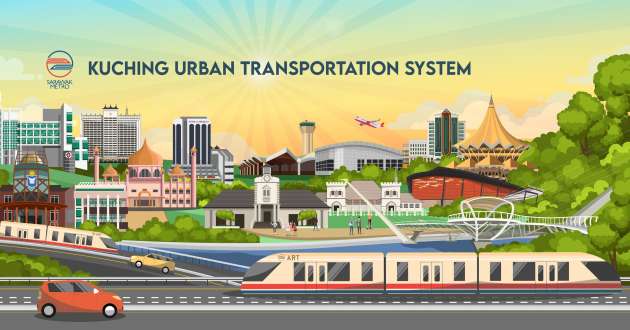 Sarawak Metro has revealed that the Autonomous Rail Transit (ART), which is at the centre of the Kuching Urban Transportation System (KUTS), will cover routes totalling 70 km over three rail lines and 31 stations in its first phase.

Revenue services by the Autonomous Rapid Transit will begin in 2025, and this will be the world’s first such transit system to use hydrogen fuel cell-powered trackless vehicles on rubber tyres which will operate on dedicated lanes, according to the Sarawak Metro website. The ART vehicles will be able to accommodate 300 passengers, and travel at 70 km/h. 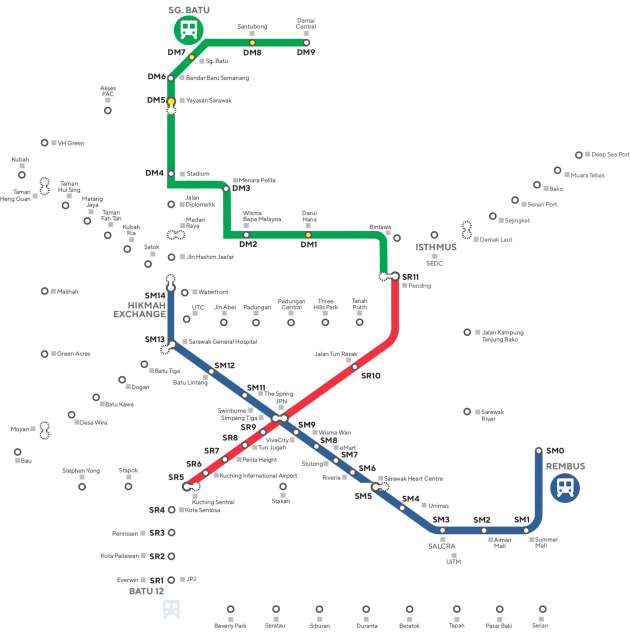 Meanwhile, the Serian line will begin at Batu 12 and head north for around 24.5 km towards the Isthmus near the Borneo Convention Centre. Both lines 1 and 2 will intersect at Simpang Tiga where the interchange station is proposed next to the Wisma Persekutuan public car park, The Star reported in June.

The Autonomous Rapid Transit system will serve as the heart of public road transport in the state’s capital city as well as the greater Kuching area, Sarawak Metro wrote on its website.

A wholly-owned subsidiary of the Sarawak Economic Development Corporation, Sarawak Metro has been tasked by the Sarawak state government to transform the state’s public road transport systems in major urban areas.

The System Package 1 contract for the KUTS was awarded to EPR Mobilus GR JV by Sarawak Metro, valued at RM1.425 billion, The Star reported last month. This contract was reported to consist of the hydrogen fuel-cell trackless vehicles, depot equipment and maintenance vehicles, signalling and control systems as well as automatic platform gates.

“Just as we are trailblazers in the development of our digital economy, we are trailblazers in the hydrogen economy. The application of hydrogen to transform our public transport system is a testament to our commitment towards further improving the socio-economy of Sarawak,” Sarawak premier wrote in a speech read by Sarawak transport minister Datuk Seri Lee Kim Shin.