Some 12 years ago when I was still living in London, there was a gentleman in Camden Town who took his kids to school in a Citroën Traction Avant each morning. With that being far from a pristine example, you could sometimes hear his gear changes from half a mile away. Regardless, battling the British weather, that French piece of magnificence just carried on like well over half a century was nothing.

Back in the mid-1930s, André Citroën couldn’t witness his company turn his most ambitious project into an absolute success story. Having demolished his former factory to build a brand new one for the Traction Avant using Henry Ford’s mass-production techniques, Citroën’s front-wheel-drive marvel first hit the road in 1934, just in time for the Michelin family to overtake Citroën’s rather bankrupt business. André Citroën died of stomach cancer the following summer. 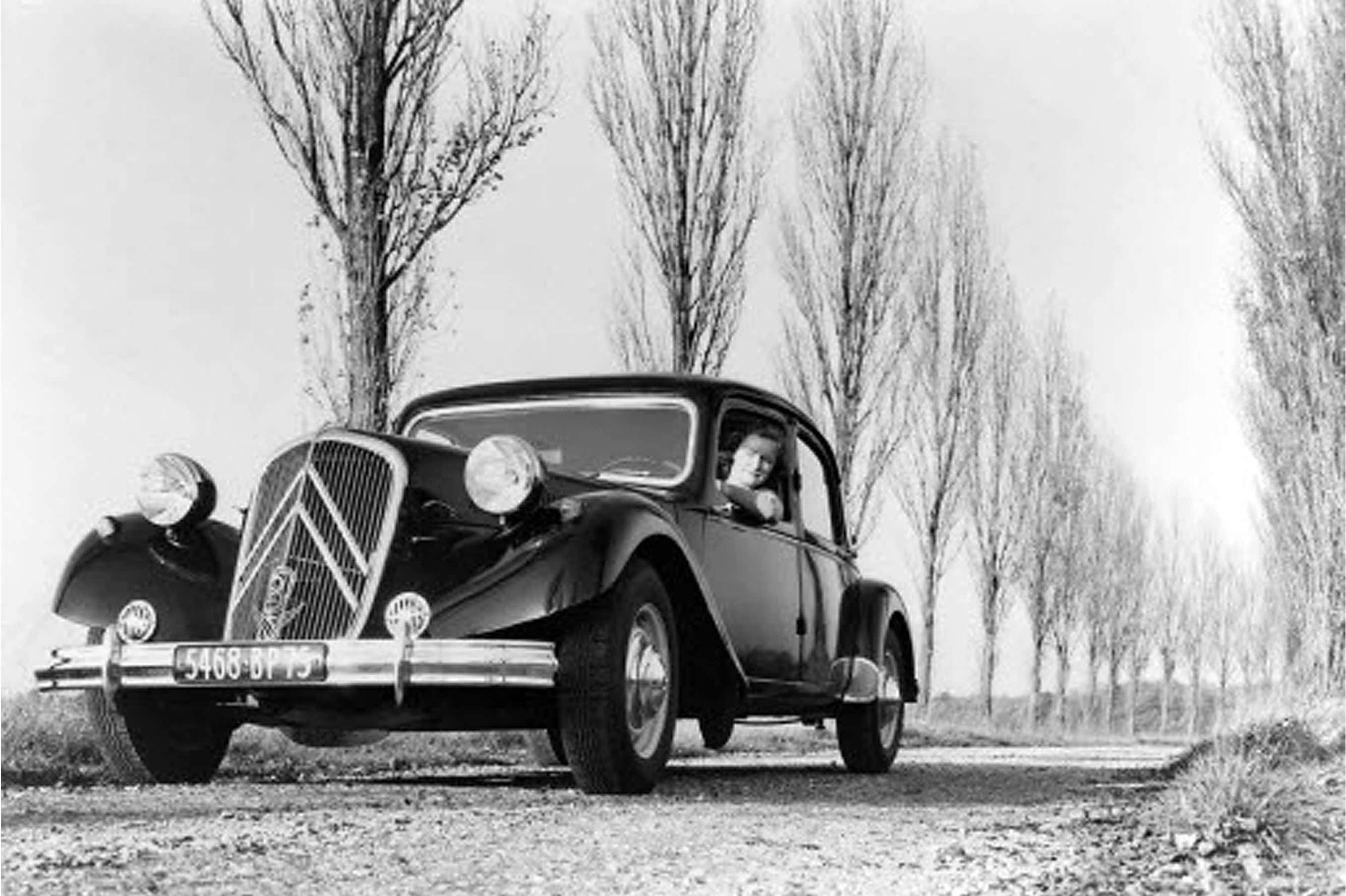 Design by André Lefèbvre and Flaminio Bertoni, the Traction Avant combined front-wheel drive with a welded steel monocoque chassis, rack-and-pinion steering, independent suspension and hydraulic brakes all around. Initially launched with a four-cylinder that grew in capacity over the years, Michelin also re-engineered the car to take a 2.9-liter inline-six, which sported a firing order of 1-4-2-6-3-5 and boasted a top speed of 81 miles per hour.

After the German Army invaded France in 1940, production came to a halt, only to resume gradually past 1945. Citroën produced a nine-seater variant for the families, a hatchback and a pickup truck for commercial use, coupés and cabriolets featuring rumble seats and even prototypes with a V8 and an automatic transmission. While those luxurious variants couldn’t make it, Citroën developed the DS 19’s hydropneumatic suspension in the Traction Avant. Production ended in 1956 after a total of 760,000 were made in Citroën’s factories across Paris, England, Belgium, Germany and Denmark.

Thanks to the gearbox being in front of the engine, the Traction Avant features a completely flat floor and undercarriage, allowing for a very spacious interior despite the car’s small footprint. Demonstrating this packaging benefit is Jay Leno sitting behind himself, with the driver’s seat pushed all the way back:

The comedian bought his 1949 six-cylinder just three years ago, maintaining that the somewhat heavier steering is no price for the additional torque and power of the larger engine. Being all-original, Leno’s Traction Avant now has 36,000 miles on the clock, as well as a rebuilt mechanical fuel pump with a new muffler and six-volt battery. It also has pretty much all the goodies Citroën would throw at this model in 1949.

Featuring suicide doors, a banjo steering wheel, trafficators and a windshield that cranks open just like on his 1934 Chrysler Airflow, some options on the Traction Avant include the spare tire being on the trunk (which opens with the bumper), and a fishnet storage net attached to the headliner.

With those Jaeger instruments always showing the correct values, this icon of French engineering and comfort is one of Leno’s favorite cruisers.