J.D. \u201cDave\u201d Power, Who Made Quality Count in the Car Industry, Has Died 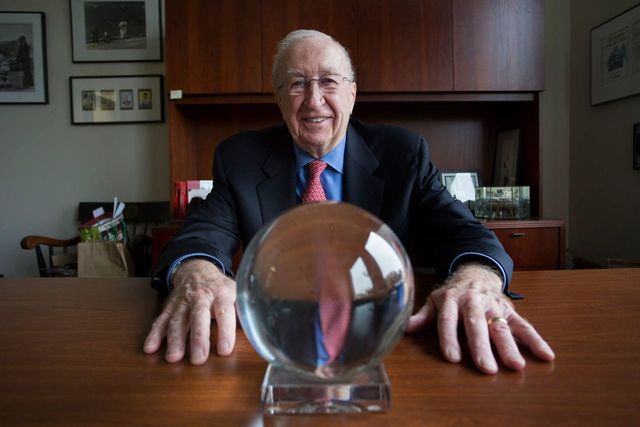 It might be a vast oversimplification to say that before J.D. Power and Associates came along there was absolutely no incentive for carmakers to make quality cars, but you could say it anyway. Anyone who remembers the quality products foisted on an unwitting public in the ‘60s, ‘70s, and ‘80s remembers.

It was J.D. Power and Associates that took it upon themselves to introduce quality to the auto industry or, in many cases, force it on them. And once they did, everyone benefitted.

“There was no interest in finding out what customers really thought,” Power once said of the pre-JDP era. “Instead, we were constantly asked to ‘torture the data until it confessed,’ giving up the answers that the executives wanted to hear.”

It was that “closed-minded thinking,” as Power once said, along with the cold Midwest winters, that got Power and his family to move west in 1965. He had been a financial analyst for Ford, then represented General Motors as a marketing research consultant for Marplan and then headed up marketing at Case tractors before heading west. Once out in sunny California, he did some consulting, took a position at McCulloch chainsaws, then got the itch to break out on his own after he heard that three of his fellow Wharton MBA grads had already started their own companies.

So, three years after Power, his wife and co-founder Julie, and their three kids (soon to be four) moved to Calabasas, Calif., they started J.D. Power and Associates on the family’s kitchen table, funding it with a second mortgage on the house. The “Associates” in the company name were Julie and the kids. Julie tabulated survey returns while the kids took turns stuffing envelopes with more customer surveys and scotch-taping a quarter onto each one as an incentive to fill them out and return them.

From those humble beginnings, J.D. Power and Associates would change the auto industry forever.

But it took some hard work first.

Toyota was one of his first clients. Remember that in 1968 Toyota was far from the industry juggernaut it is today. It needed an ace in the hole, and that ace would turn out to be quality, eventually. In June of 1968, Power offered Toyota his “California Import Car Buyers” study, which included comparisons with domestic brands, too. Toyota signed a contract for $8,000 and became a regular client from then on.

The Big 3 domestic manufacturers in Detroit proved a little harder sell, since Detroit, at that time anyway, didn’t want to be told it could use any quality improvement at all.

Although his research methodology now is almost universally embraced, for years Detroit automakers disparaged his findings, privately grumbling the data favored Japanese brands, likely because they were his first predominant clients and typically finished high in the standings. 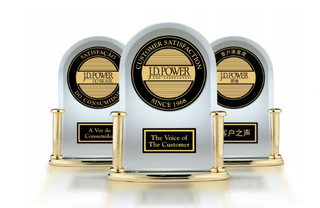 The trade magazine Ward’s Auto said in a 2012 article on J.D. Power, “When told that General Motors’ nameplates finished as bottom feeders in a JDP survey during the 1980s, the late mild-mannered Jim McDonald, then GM president, snapped: ‘To hell with J.D. Power!’”

“To criticism that he has ever been biased, Power simply says, ‘That’s a bunch of baloney.’ He argues that the U.S automakers came out of their World War II manufacturing triumph a tad cocky. ‘The stronger they got after the war, the more they fought change,’ he says. ‘They were hidebound. They were not aware of what was going on around them and they lost sight of the consumer.”

Now, J.D. Power is considered a necessary and highly objective source of consumer thought on cars.

Ward’s quoted John Casesa, a longtime auto analyst, “Detroit was in denial, but (Power’s) surveys measured the real truth in the marketplace. He produced products with integrity. He’s had a profound impact on manufacturers and consumers.”

Today there are over 1,000 licensed J.D. Power awards, cited in everything from Super Bowl commercials to stickers on dashboards. Julie passed away in 2002, and Power sold the company he founded to McGraw Hill in 2005. He continued working in a supporting role until 2009.

Throughout his career, Power maintained a grace and warmth not often found in high-power industry leaders. A friend who worked at J.D. Power for 10 years remembered his very first day on the job at J.D. Power and Associates.

“Dave (everyone called him that, which is what he preferred) took the time to come by my office, introduce himself and learn about me,” recalled JDP communications man Jeff Perlman. “A fellow New Englander, we connected immediately, with talk about his beloved Red Sox and, of course, his views of the auto industry.

“That day—my first—a legend took the time to introduce himself to his newest employee. Dave Power ‘connected’ with everyone immediately. Beyond his brilliance, savvy, and seemingly endless accomplishments was the humble core of a boy from Worcester who built an empire, but never lost track of where he came from.”