Home » Auto News » Inside the Hot Wheels Design Studio: How a Real Car Gets Turned Into a 1:64 Toy

Inside the Hot Wheels Design Studio: How a Real Car Gets Turned Into a 1:64 Toy

For tens of millions of kids, the first and most accessible foray into cars takes the shape of a Hot Wheels. They’re durable and detailed and small enough to pocket; basically, a perfect toy for anyone (of any age) with a love for four wheels. As a result, the company has sold over eight billion cars since its inception in 1968—and while building a tiny die-cast car is not as hard as a real one, the design and manufacturing processes that end with a new Hot Wheels clenched in your sweaty fist are surprisingly complex.

Think about it. Setting aside the ornate and cartoonish fantasy designs, any “real car” Hot Wheels has a pretty distinct look. They all feel well-proportioned, accurately detailed, and styled with a consideration that can only come with a real reverence for the subject—be it a 1979 Ferrari 308 GTS or a 1996 Chevy Lumina APV (yes, they really made a Hot Wheels version of that). Achieving that kind of consistency without a literal shrink ray can only be done when a company has its stuff down to an exact science, and that’s pretty much what a visit to the Hot Wheels Design Studio in southern California last month confirmed. 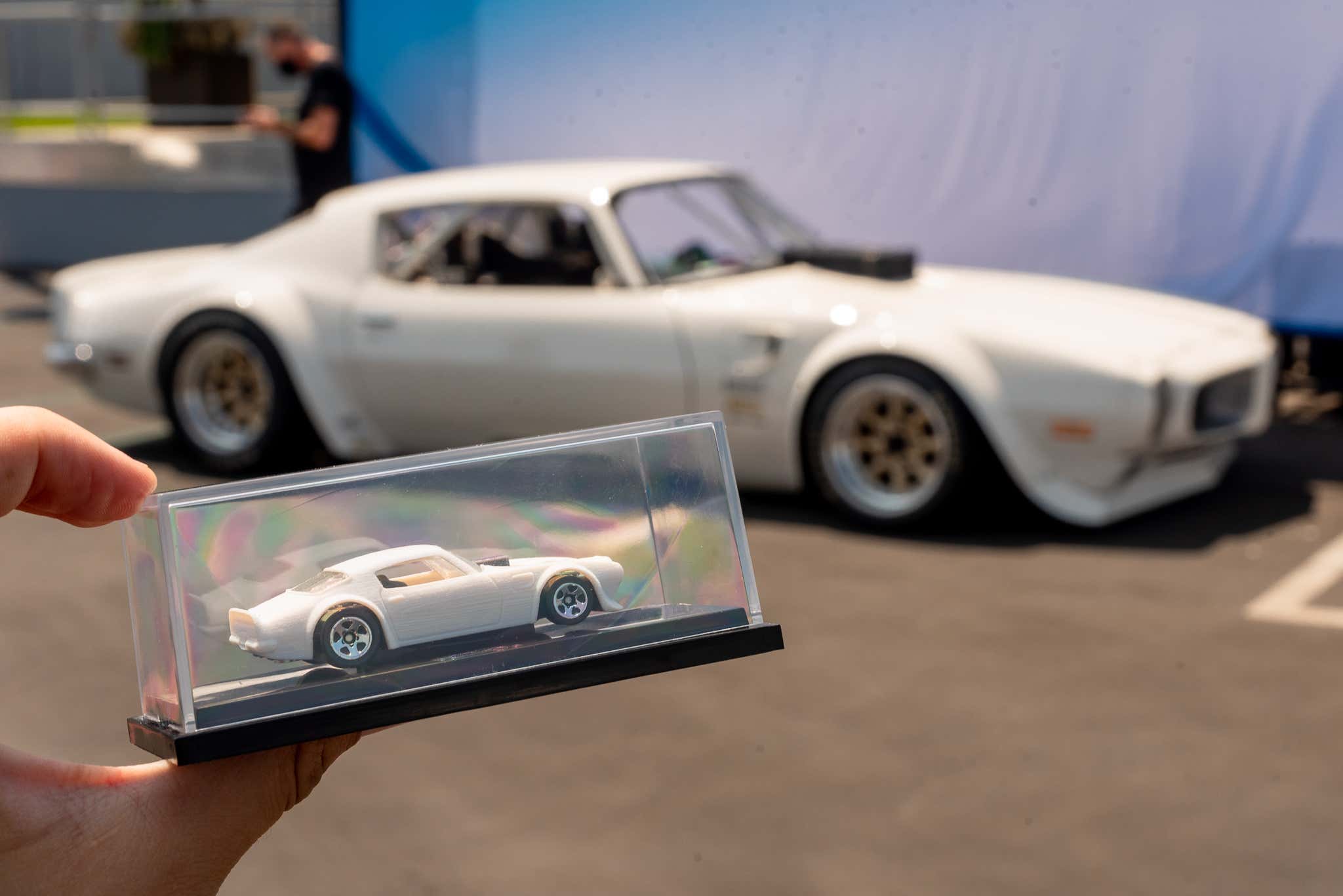 Fifty-plus years of know-how are also being applied to the Hot Wheels Legends Tour, a now annual competition where enthusiasts can enter their own project cars to be chosen as a new Hot Wheels design, which is about a close as you can get to achieving immortality. The winning car is then put into production the following year, so Mattel doesn’t have much time to turn around a model that faithfully recreates someone’s singular vision while also hitting all the necessary notes to place it in the greater Hot Wheels canon.

It just so happens that it recently pulled the 1:64-scale wraps off the 2020 winner—so what went into those nine months of work? Well, here’s how a Hot Wheels is born.

But first: How did a toy become so iconic? How did something so small have the chance to shape future enthusiasm and become part of car culture in its own right?

Hot Wheels as a brand certainly occupies a unique place in car culture unlike any traditional OEM. When it originally started pumping out diecast toy cars in 1968, it began as a reflection of the custom rides seen on the streets surrounding Mattel’s headquarters in El Segundo, California. Marketed as “California Customs,” the now-iconic 1:64 scale original 16 cars came in an array of reflective neon paints—called “Spectraflame”—and all outfitted with blast pipes and opening hoods that revealed modified V8 model engines. They came perched upon chrome five-spoke mag wheels with redline tires; they were designed to be replicas of the hottest cars that cruised Crenshaw Boulevard every Sunday. 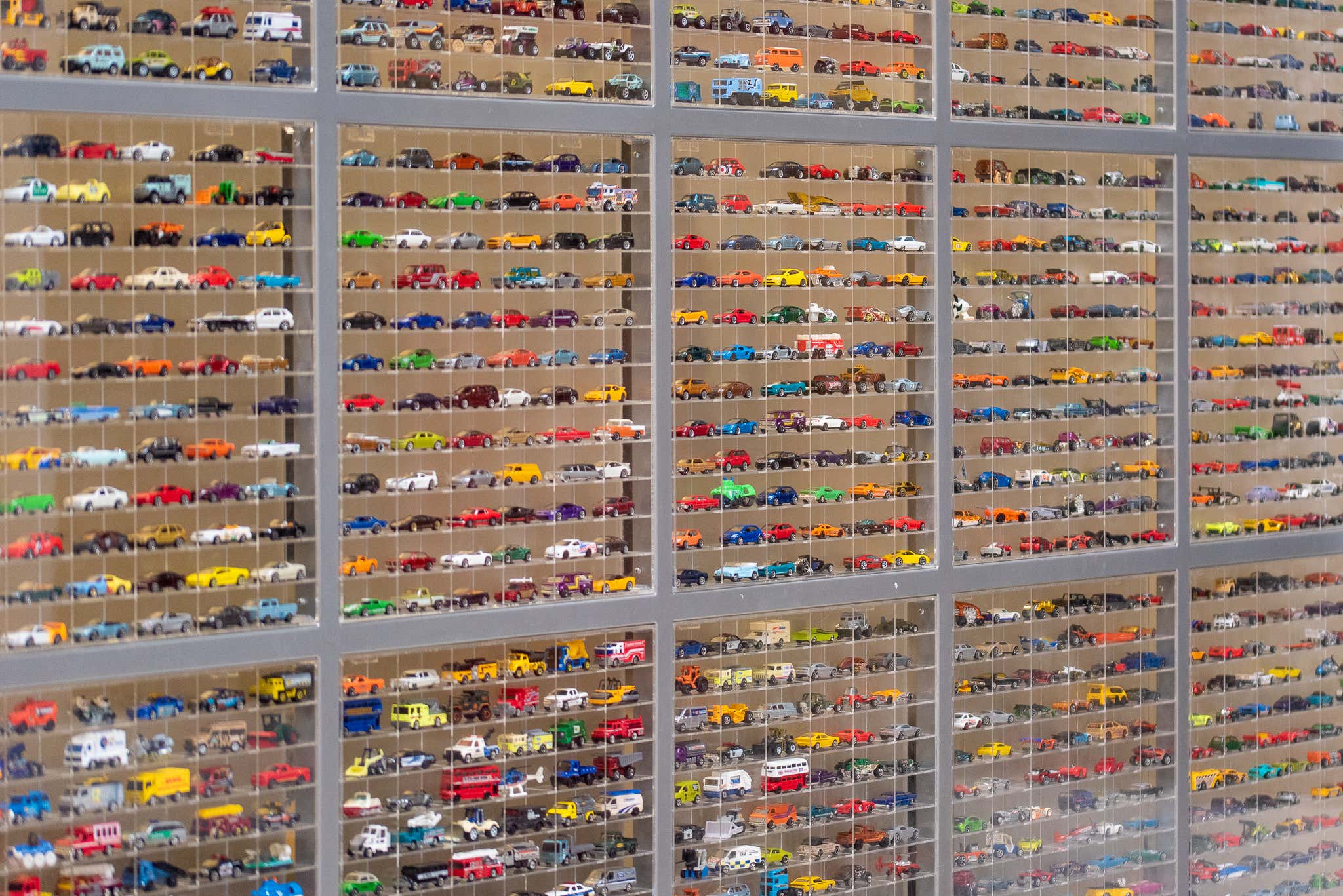 But in the ensuing years since Hot Wheels’ inception, it has shifted from becoming a mirror image of car culture to molding it itself.

As a child, long before I could imagine earning my driver’s license or modifying my first car, I had an array of Hot Wheels on display, racing around the little city rug paved with carpet roads, or ripping down increasingly elaborate tracks that I designed to instill as much shock and awe as possible. My favorite, in those early years, was a bright orange ‘68 Mercury Cougar; years later it’s still one of my favorite muscle cars to exist.

And I know my relationship with the cars isn’t a unique one: Hot Wheels are the first contact we have with car culture as a concept. We tested their performance, we modified them to go faster, we ran them through test courses of our own creation, and we traded them with friends. They were the blueprint for future enthusiasm. 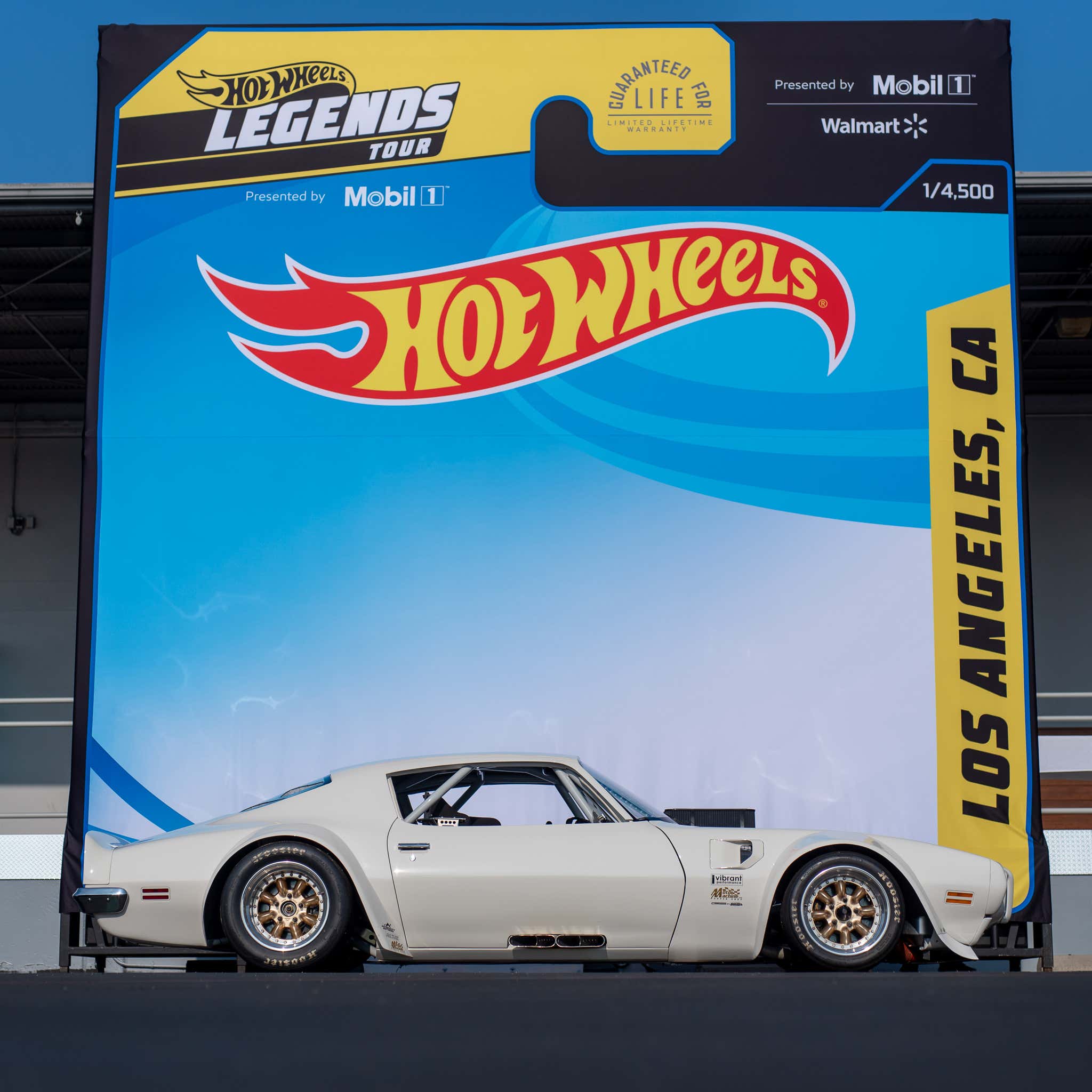 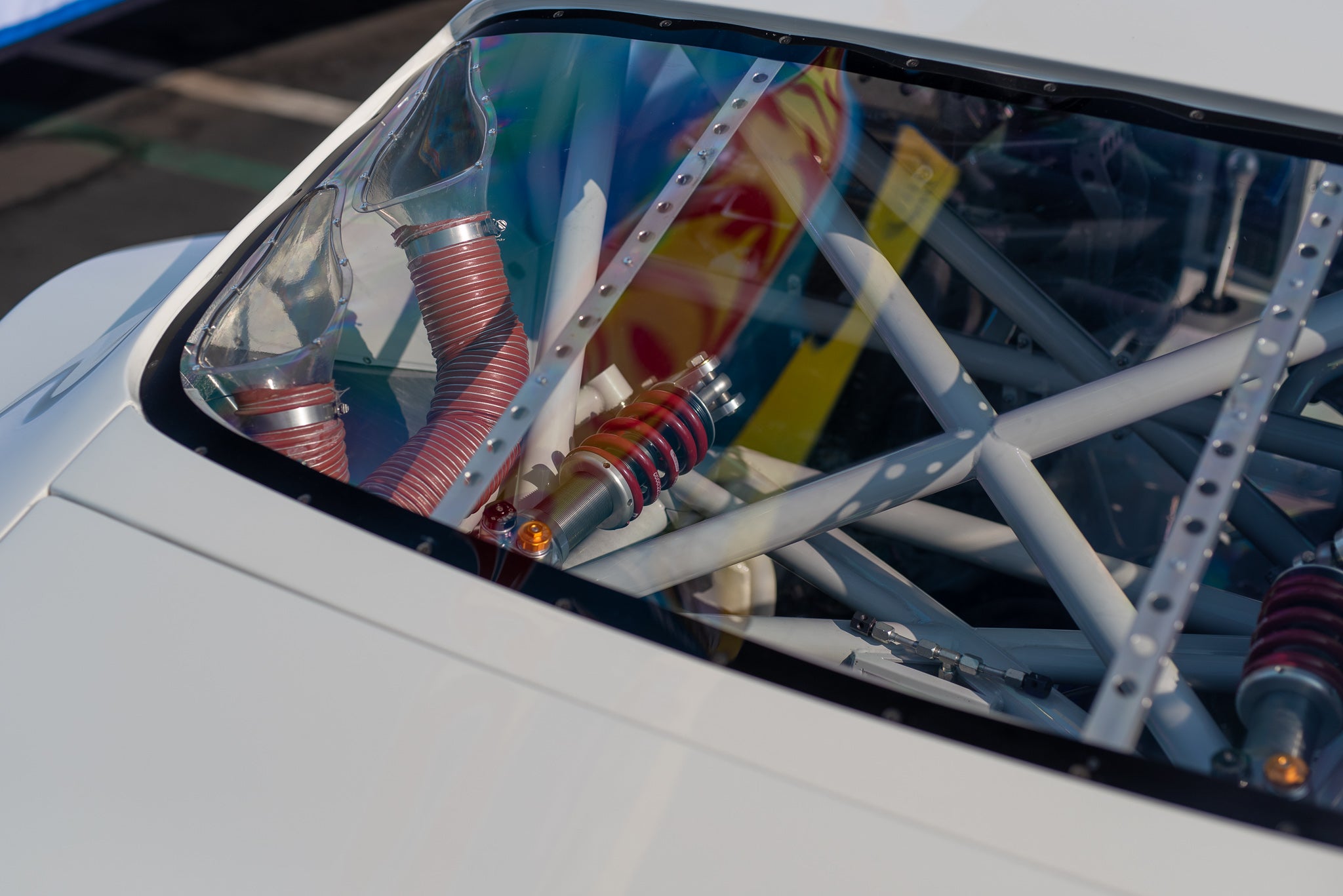 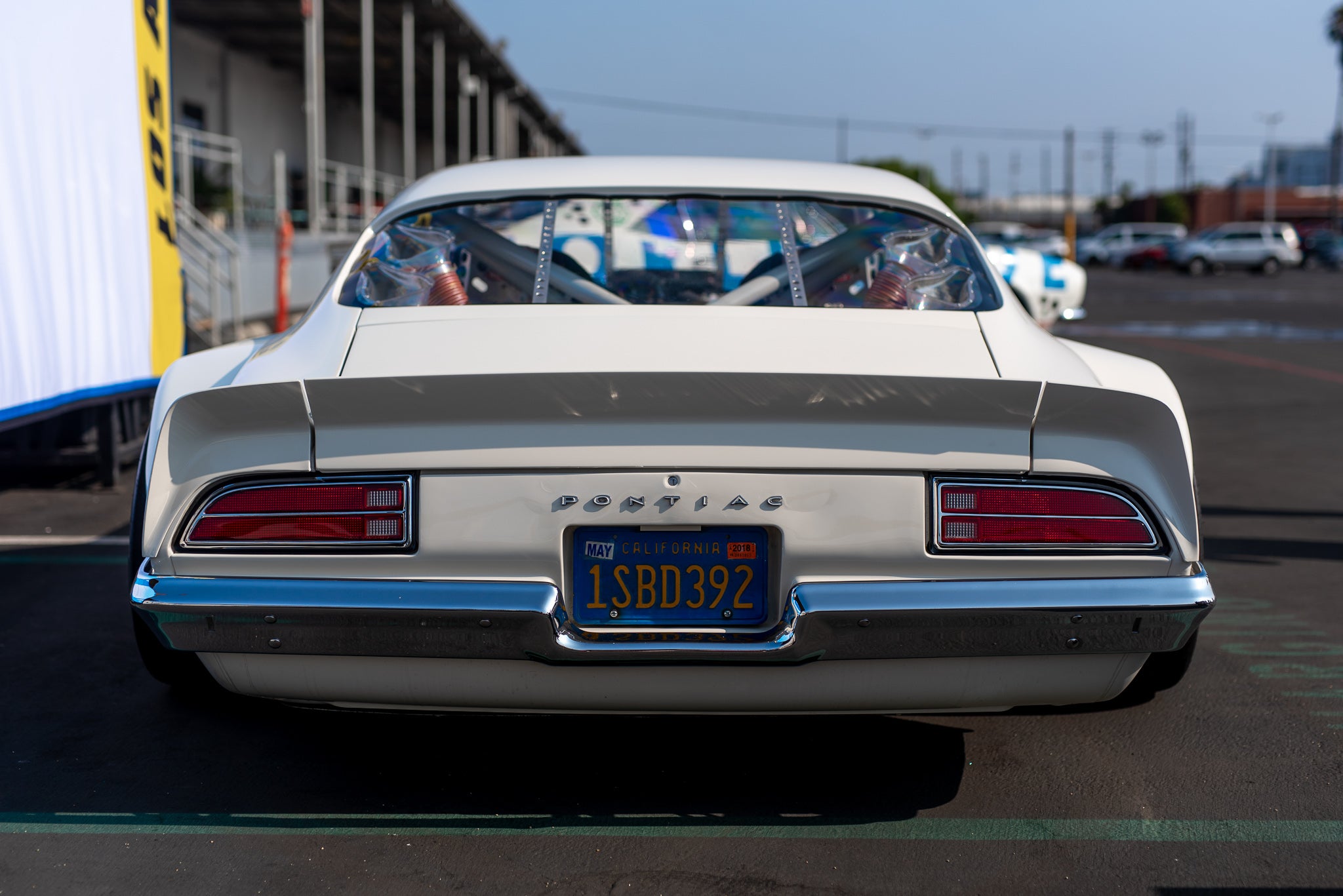 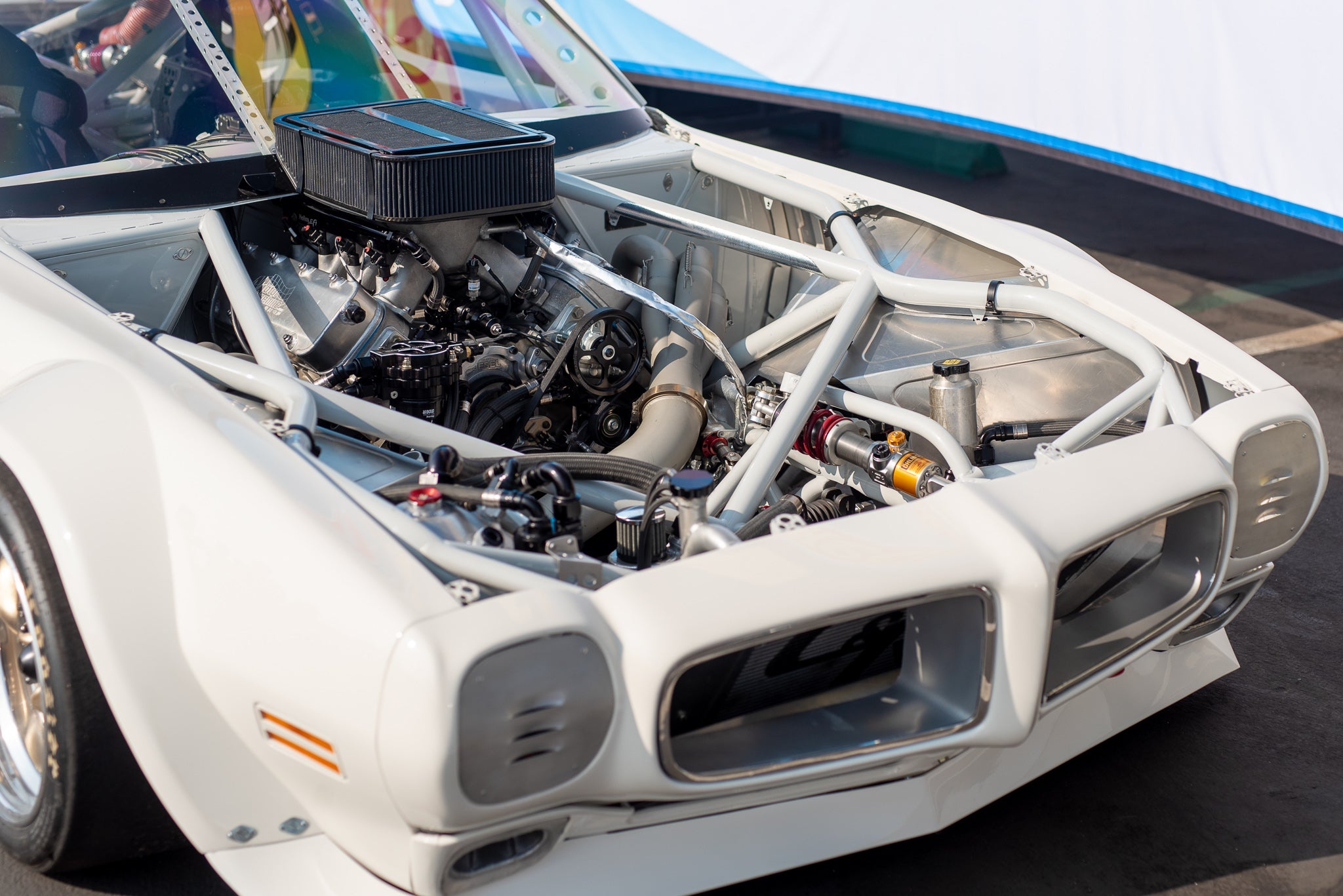 Four years ago, Hot Wheels began hosting its Legends Tour: a series of car shows around the United States and Canada to find the ultimate build to immortalize as a toy car. The tour travels the continent to find one enthusiast’s vision that is worthy of landing in the hands of millions of children and adding to the already impressive selection of toy cars offered.

This year’s winner certainly is going to be a favorite toy of many children (and adults, yours truly included). The model that will be hitting the store pegs in 1:64 diecast glory for the 2022 release year is a 1970 Pontiac Trans Am, built by an enthusiast named Riley Stair.

Stair’s Trans Am is incredibly personalized and one of the most impressive home builds I’ve ever personally seen (and yes, he did truly build it at home—in his parents’ side yard, to be precise). A full custom tube chassis with inboard suspension (that he taught himself calculus to get the geometry dialed in on) ensconces a mid-front-mounted LS motor running on methanol. The original Pontiac bodywork was grafted onto the tube frame. Stair even built custom flares to allow for extremely wide Hoosiers at all four corners. 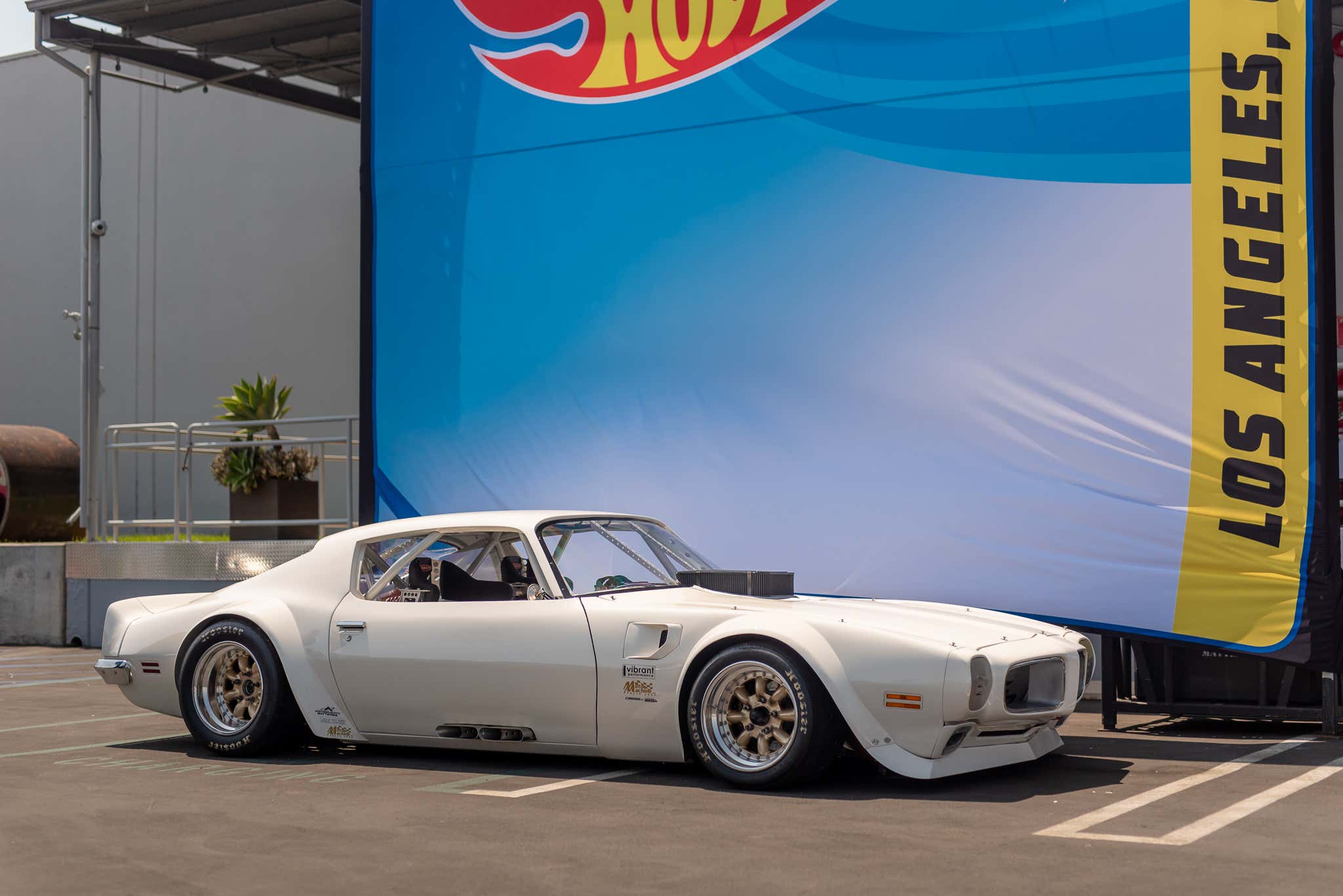 Stair chose the Pontiac as his base platform because he found the long hood and sloping rear fastback aesthetically pleasing. The flares, ride height, and pure white paint help highlight the natural lines and creases of the body. The overall package looks supremely well-thought-out—with the hood on, it would be easy to believe it was a period Trans Am competitor. It’s far from a garage queen, though—Stair has already tracked it repeatedly and intends to keep doing so even after winning the Legends tour.

The hand-made tube chassis circumnavigating the engine bay was a key point that helped it win the competition. Stair put an incredible amount of effort into realizing his vision and it was apparent to all of the designers judging the Legends Tour. They relished the challenge of remaking something so intricate and detailed in miniature form. 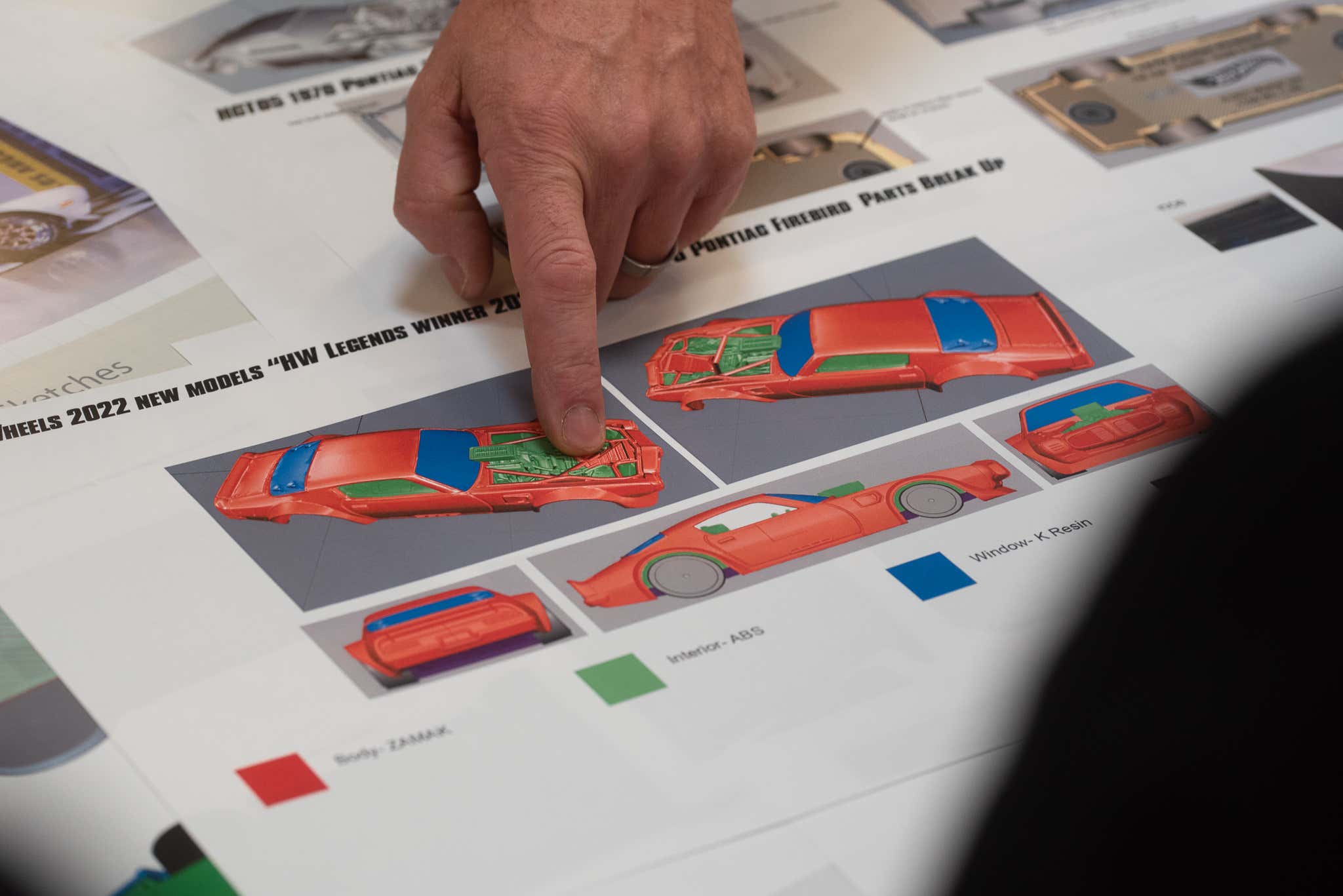 From Car to Toy

When Stair’s car was chosen, Mattel employees took hundreds of photos of it and gave them to the designer leading the project to use as a reference. From here, the designer created a reference sketch of the car—the entire vehicle still had to be reimagined, as wheel sizes, window openings, door handles, and other details would not translate well when shrunk at perfect scale. To keep the proportions looking “right” and the level of detail high while still ensuring the manufacturing process could be successful, all of the overall dimensions needed to be reworked. 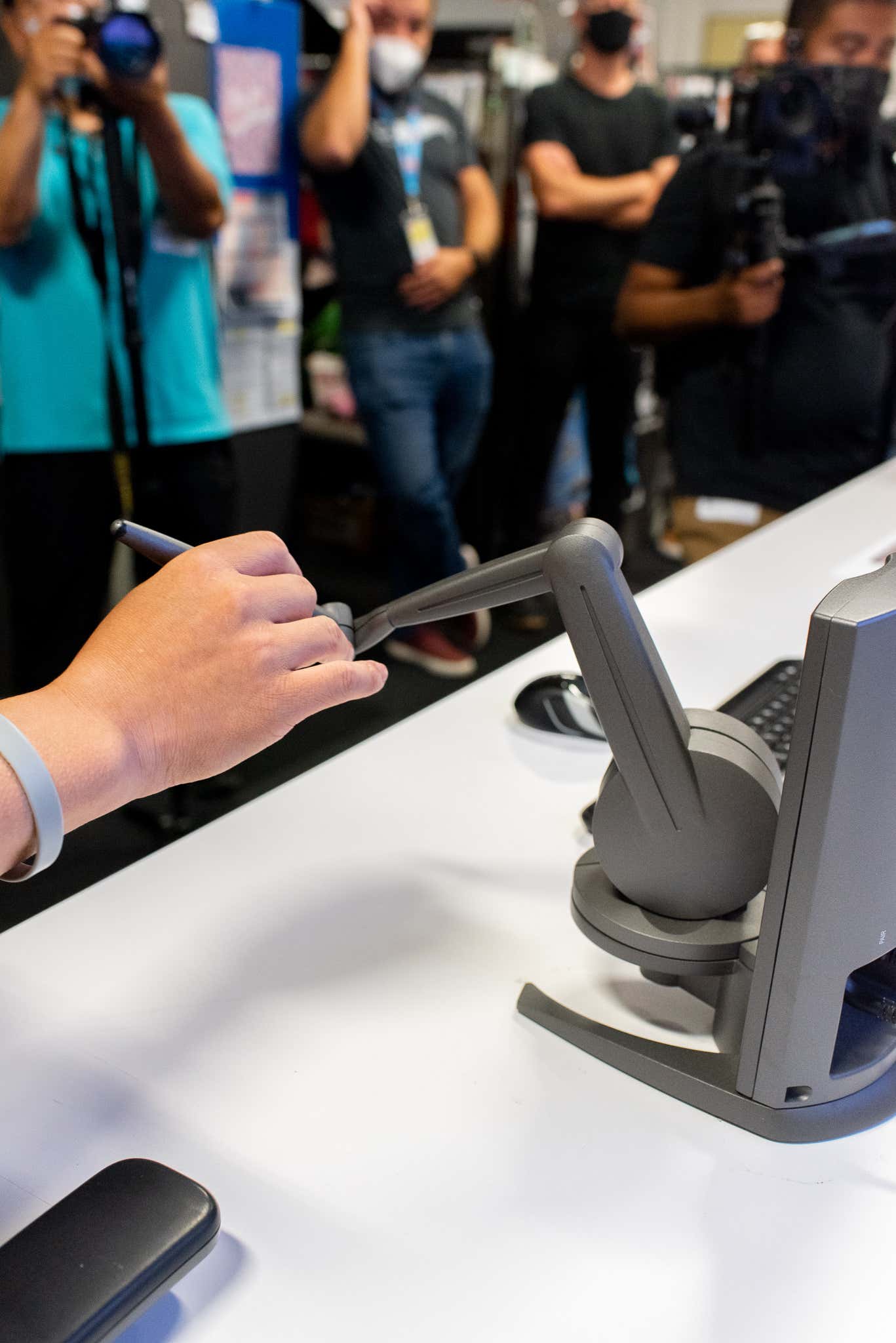 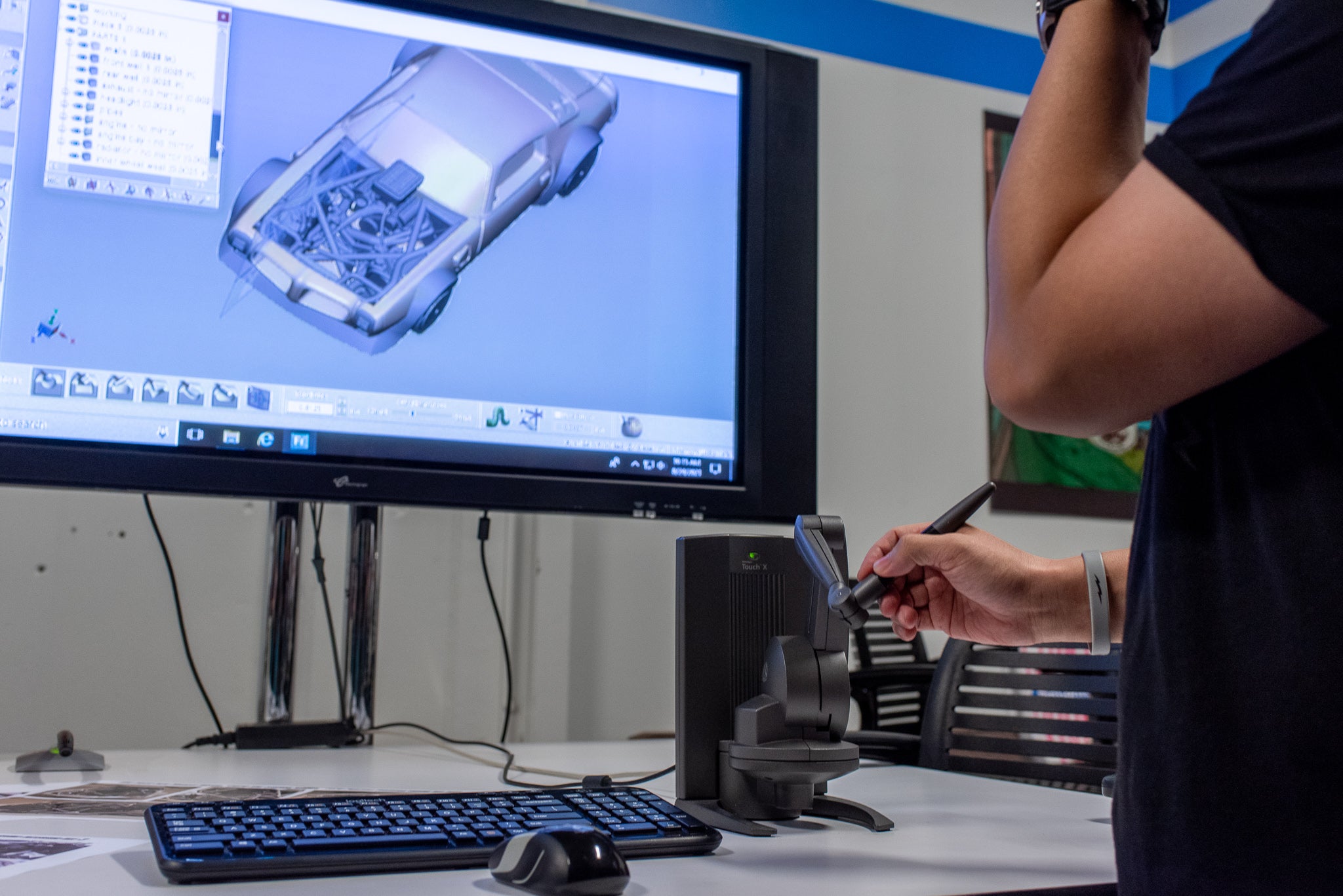 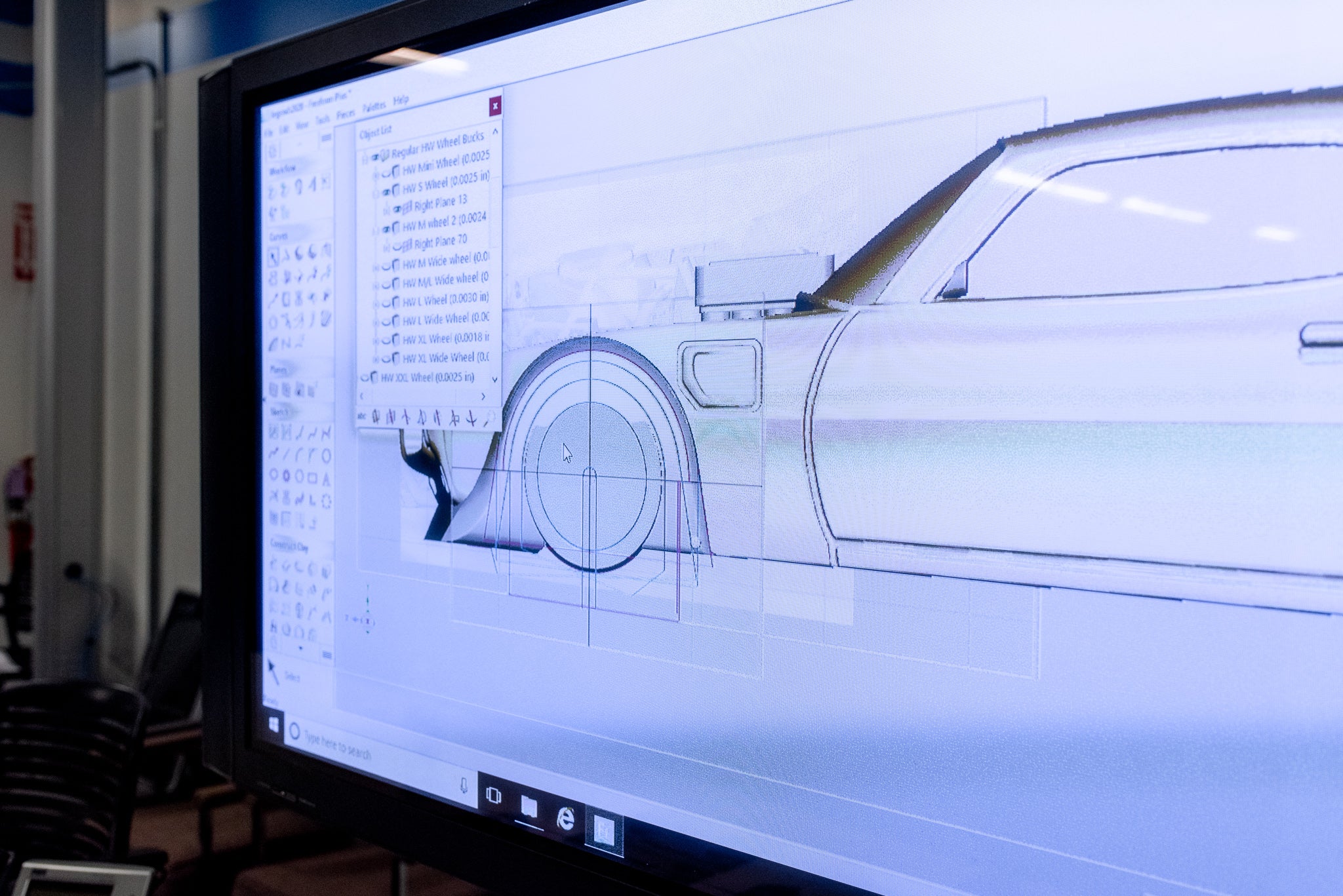 After the Hot Wheels-scaled design sketches and color-blocking patterns (for the parts that would be molded in plastic for the base or interior), were created, they got sent to the modeler.

From there, the modeler “sculpted” the car using digital clay on a pen-tool carving rig that was originally built as a surgery trainer for doctors in medical school. The tool has motors at each hinge point that allows the pen to offer feedback when “touching” the model. Because of this, it is possible to run the tool along the “surface” of the design and there’s resistance offered when sliding across edges or lips. This means the carving rig offers both the tactile aspects of clay development and the digital format of modern computer-aided design. Because the finished product is a CAD design, it can be sent directly to the prototyping department when the modeler is finished with the 3D computerized model. 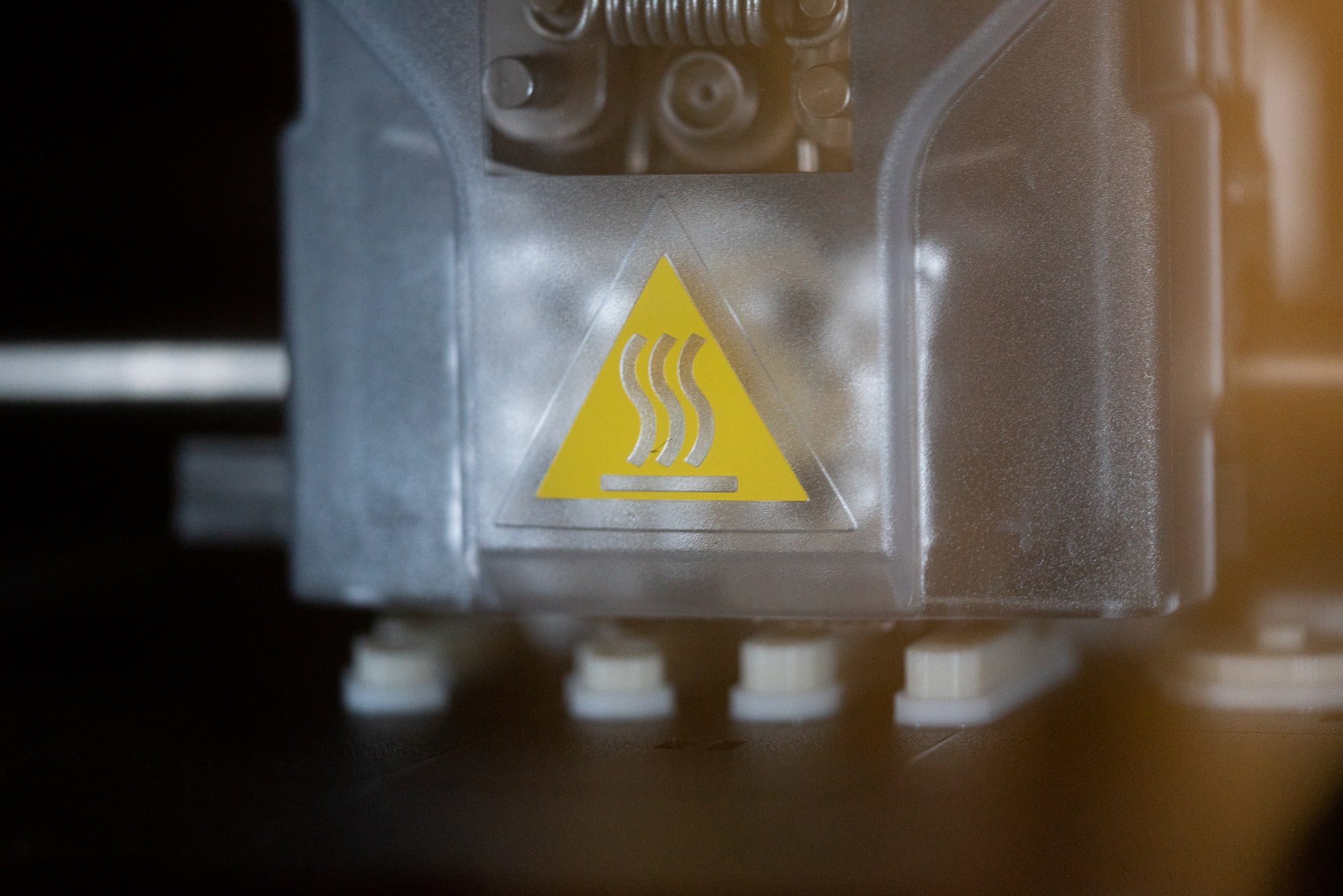 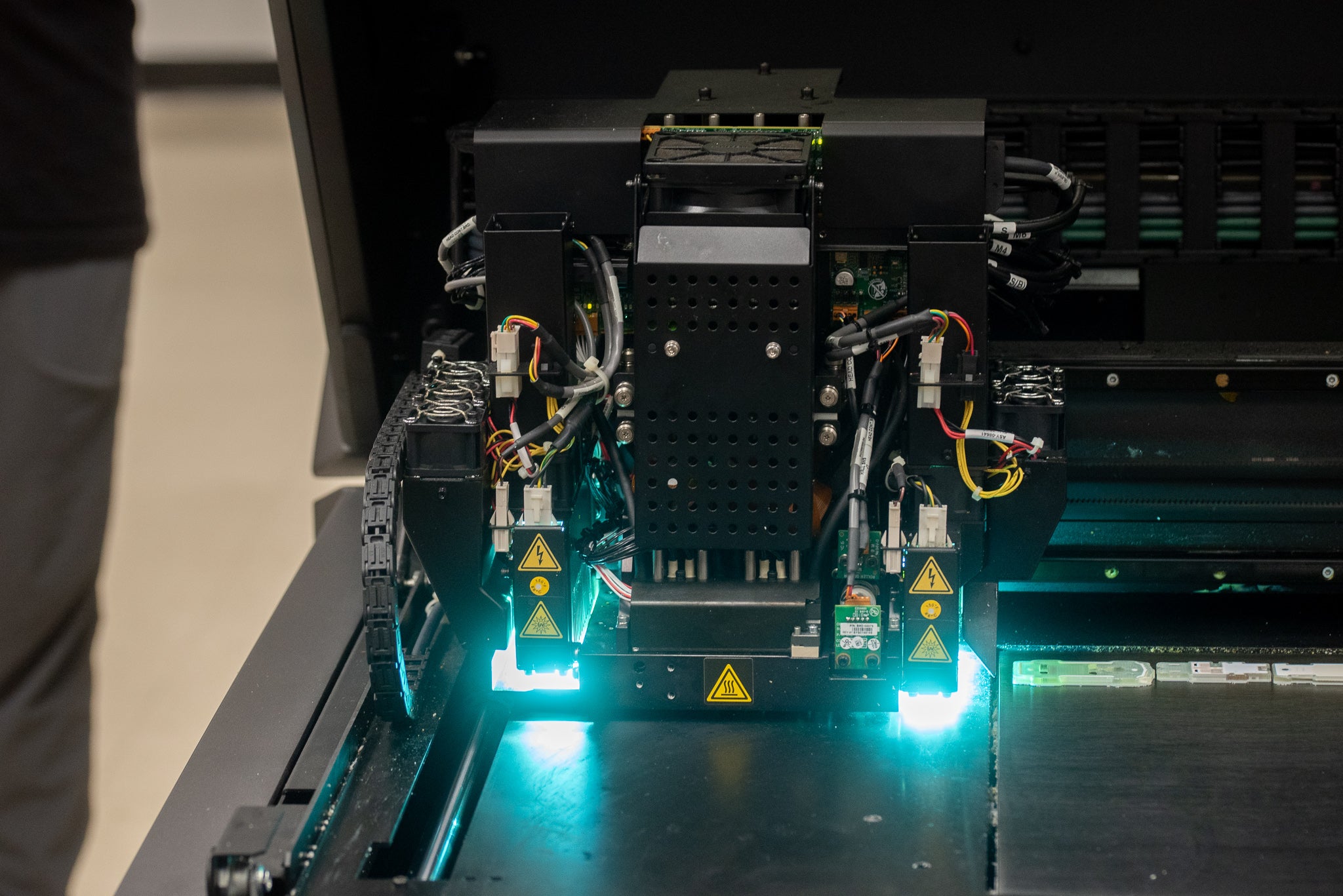 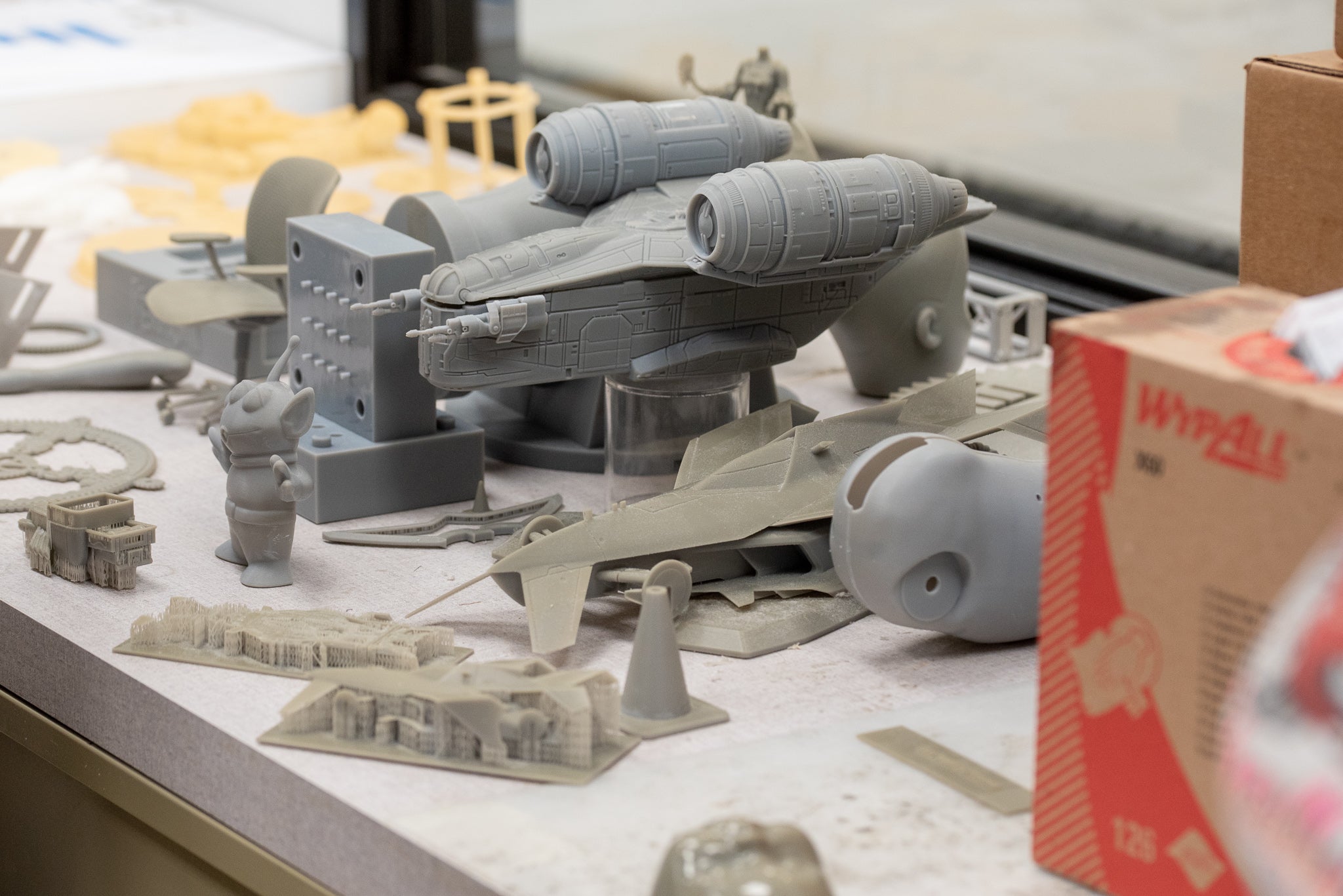 Once the prototype builders received the 3D CAD models, they printed them using hardened resin on an array of different 3D printers and in various levels of complexity. Initial prints were solid—this was just to confirm the model car could actually replicate the level of detail and could get the donor car’s overall “look” right. The model could be printed larger, as well, to get a better look at any details that might have needed to be tweaked or changed.

When the overall design was satisfactory, models were printed in multiple steps. Individual pieces of a Hot Wheels car—the interior, base, windows, wheels, and bodyshell—are all assembled afterward, so designers can inspect the fit and finish and ensure that the originally planned color blocking will fit the design of the car. 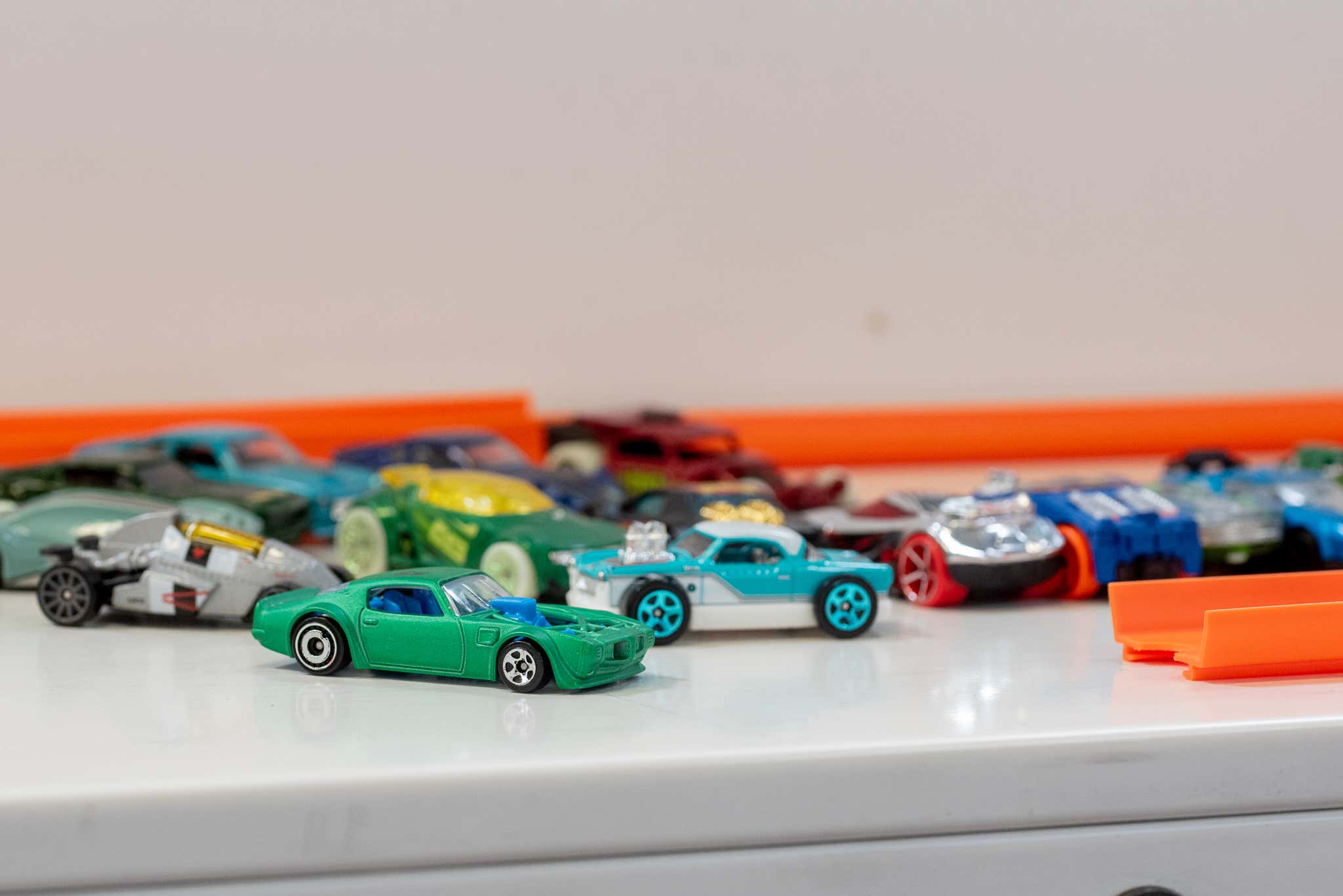 After the final designs were completed and visually confirmed, a metal casting was created. Designers performed track testing to ensure the car could perform some basic Hot Wheels requirements. Although not every car is designed to be optimized for the track, basics such as the car’s ability to be launched and driven through a booster were tested. Slight modifications for corner rounding and a flatter rear profile could be made without changing the overall look of the car too heavily while still allowing for the original design to shine through. Even for one of the most mass-produced and inexpensive toys on Earth, performance still matters deeply. 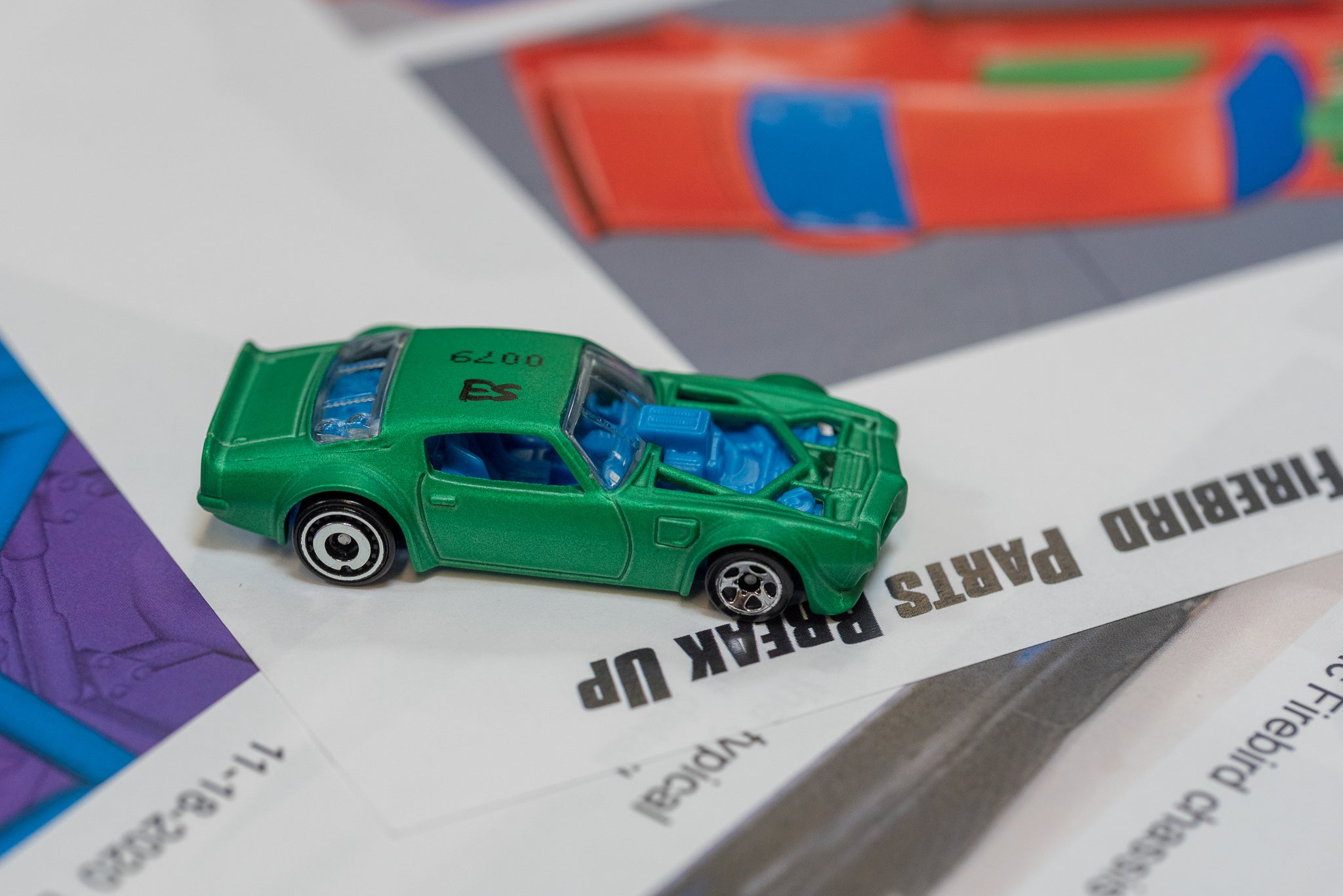 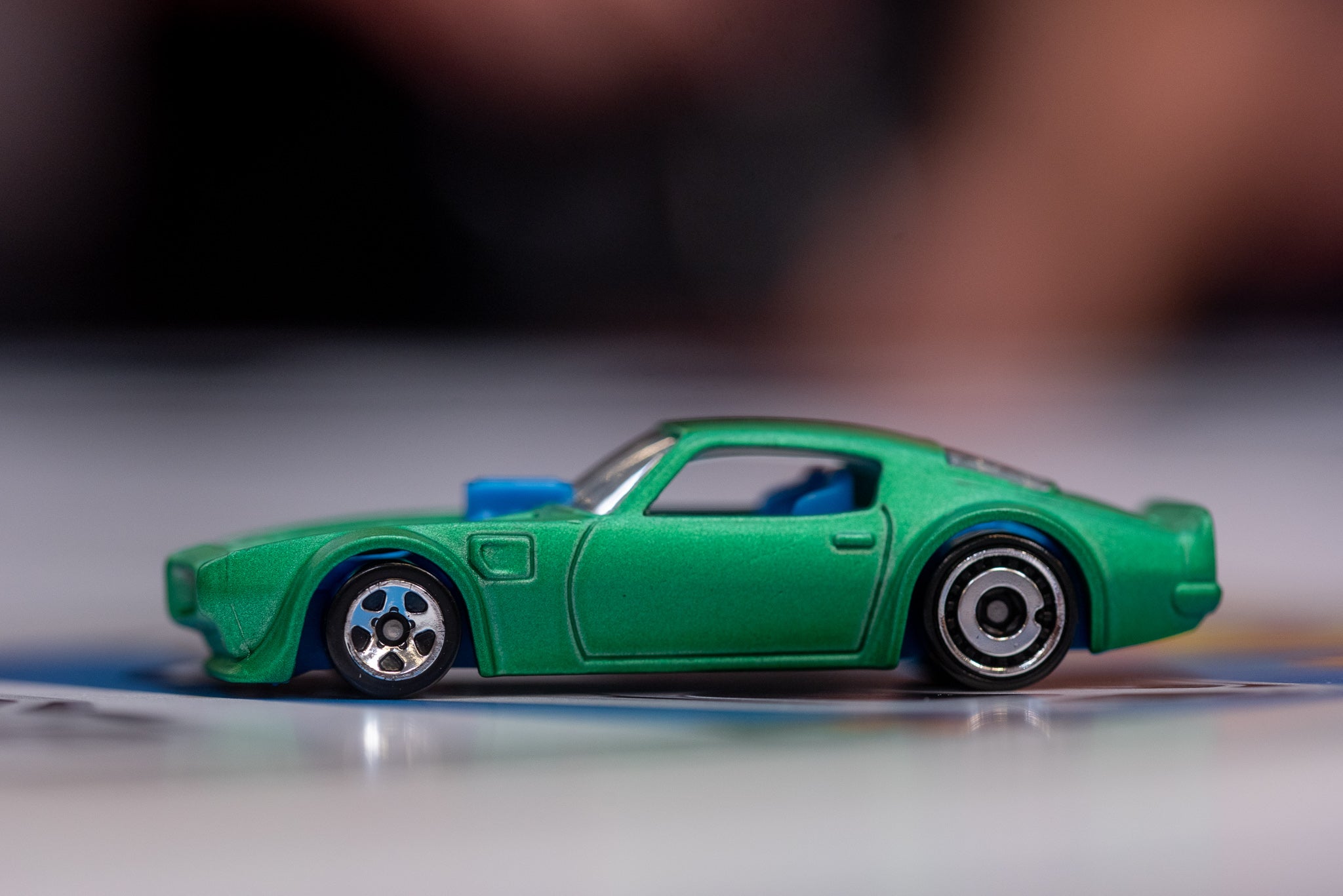 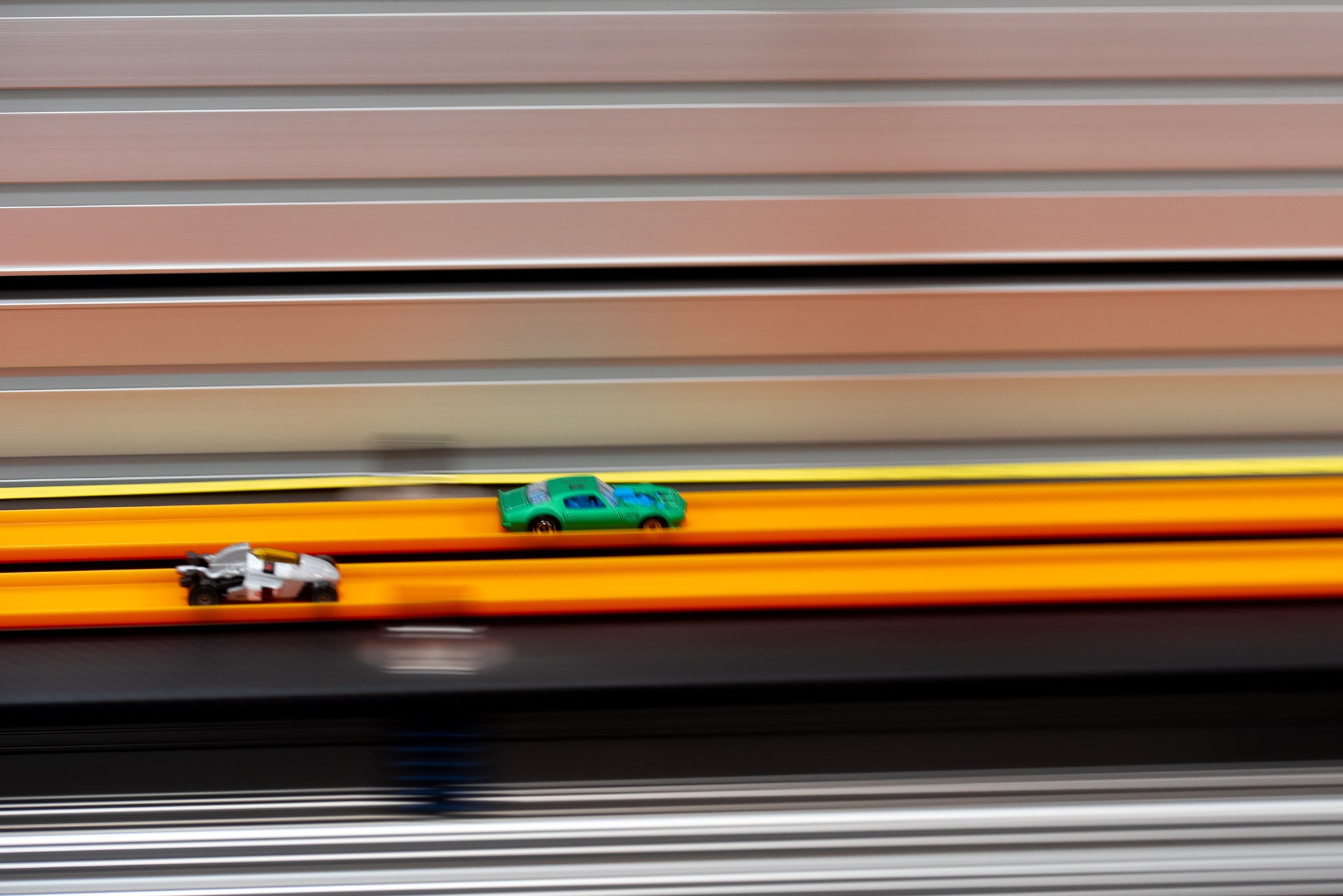 The finalized designs were then sent to the casting facilities and mass production began. To confirm there are no quality issues, a matching set of calibrated test tracks have been installed in Mattel’s design headquarters and every satellite manufacturing facility so random cars can be tested and have their distance and speed verified as up to Mattel standards. Assuming all the factories were churning out satisfactorily fast cars, then it was off to packaging. 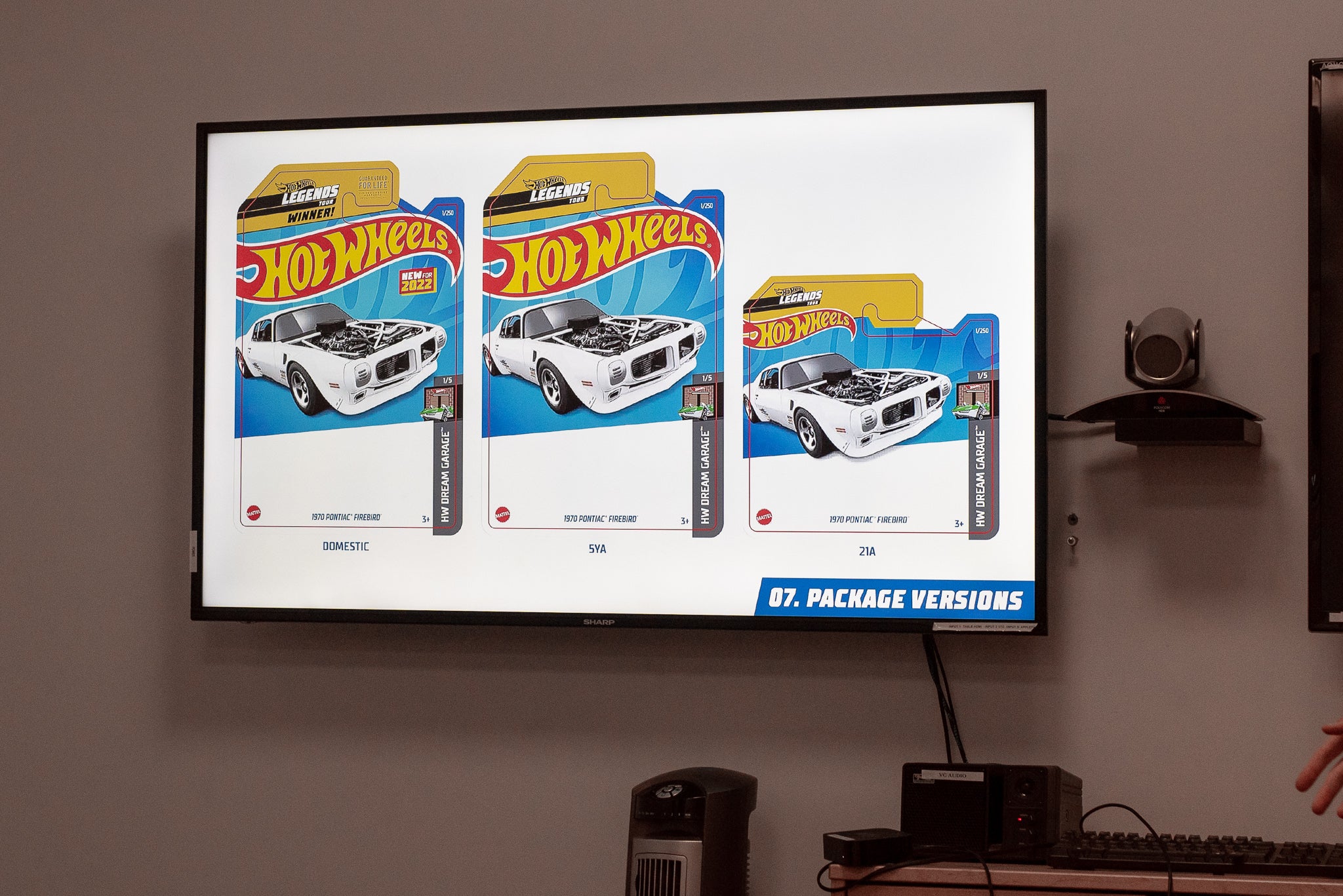 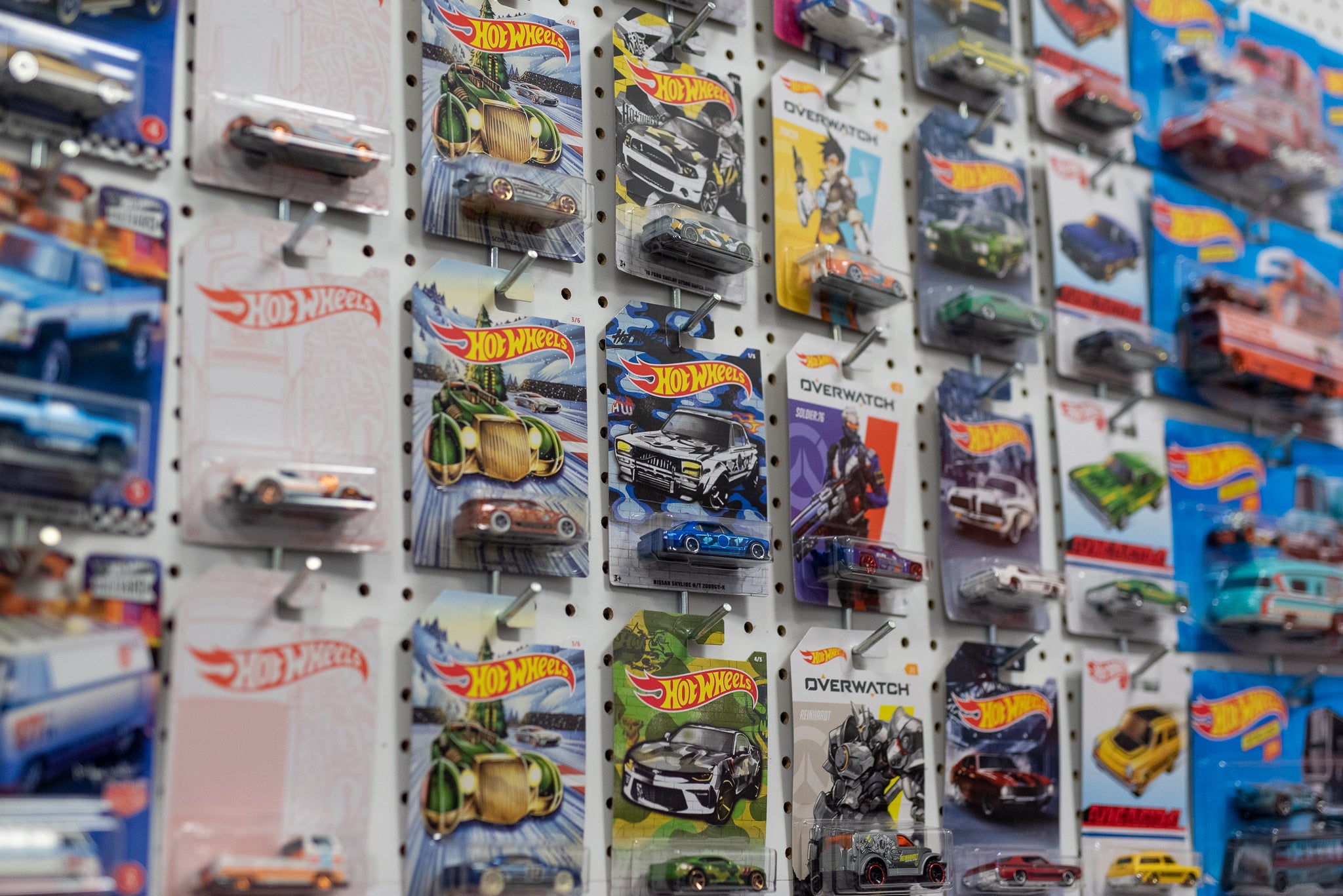 At the packaging step, the lead designer worked with a team of artists to create the art for the blister pack the car would be sold in. They either prototype a special design for a one-off series if the car will be released as part of a collectible limited run, or the team creates a technical drawing of the car that can be reused in the event of future releases as part of the more than 100-plus run of mainline vehicles for the year.

Stair’s Pontiac is a new release, so it’ll be launched as part of the main vehicle series and will receive the standard first-run box art—a three-fourths shot of the car in Stair’s original paint scheme all nicely perched on top of the iconic five-spoke wheels. 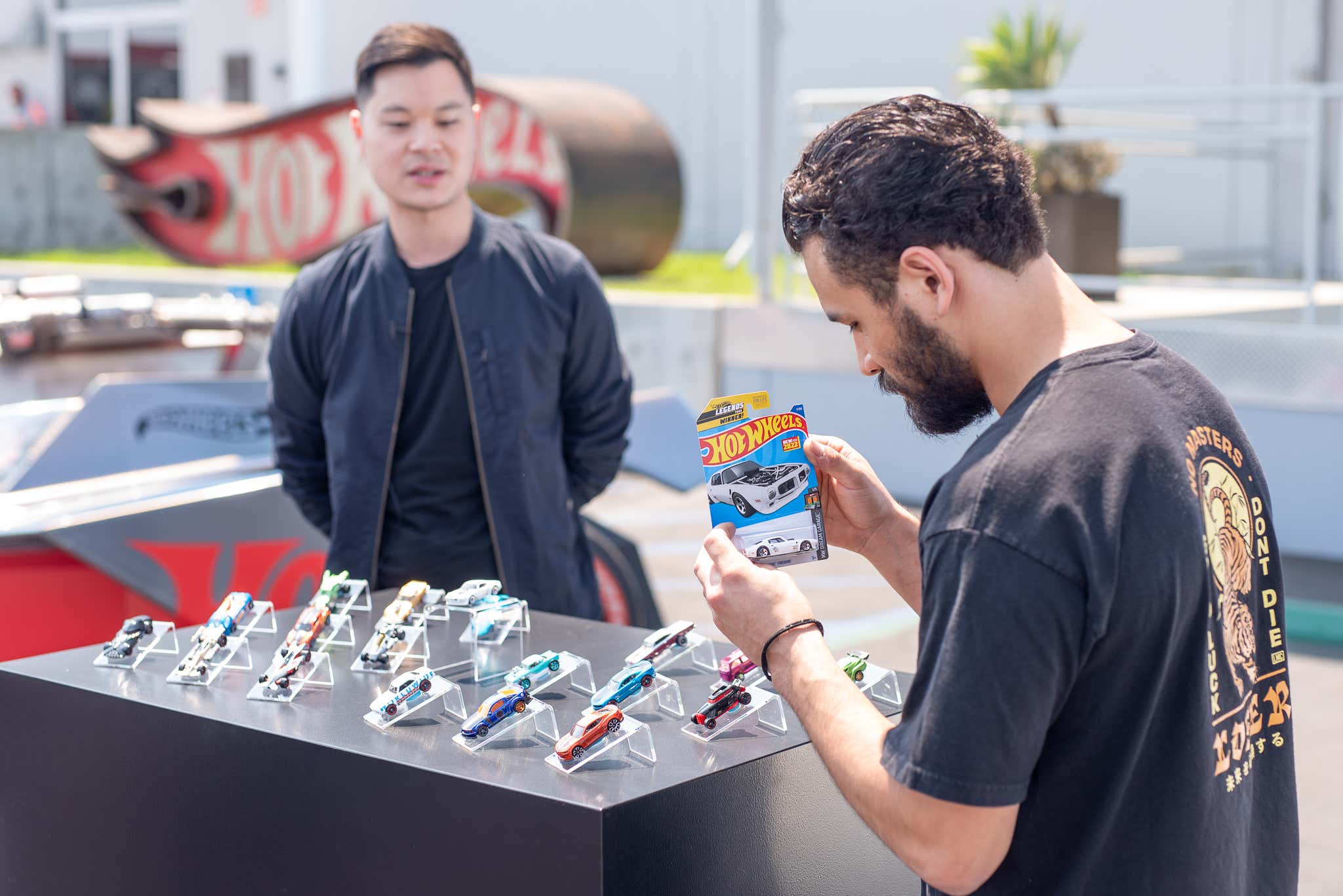 Riley Stair with the toy version of his Pontiac

And after this process of iterative development across half a dozen different teams of designers and manufacturers, Stair’s Pontiac is now in his hands in time for the 2022 release year.

The Hot Wheels design process and Stair’s mirrored each other more than I would have ever thought. It was easy to see why it had chosen him. Stylistic purity without a loss of function was crucial to both processes. The amount of work involved in both the real car and the Hot Wheels car is even greater than it appears at first glance. And both parties came away feeling inspired; Hot Wheels gets a new design to add to its repertoire and Stair gets his efforts immortalized in diecast metal in the hands of millions of children. 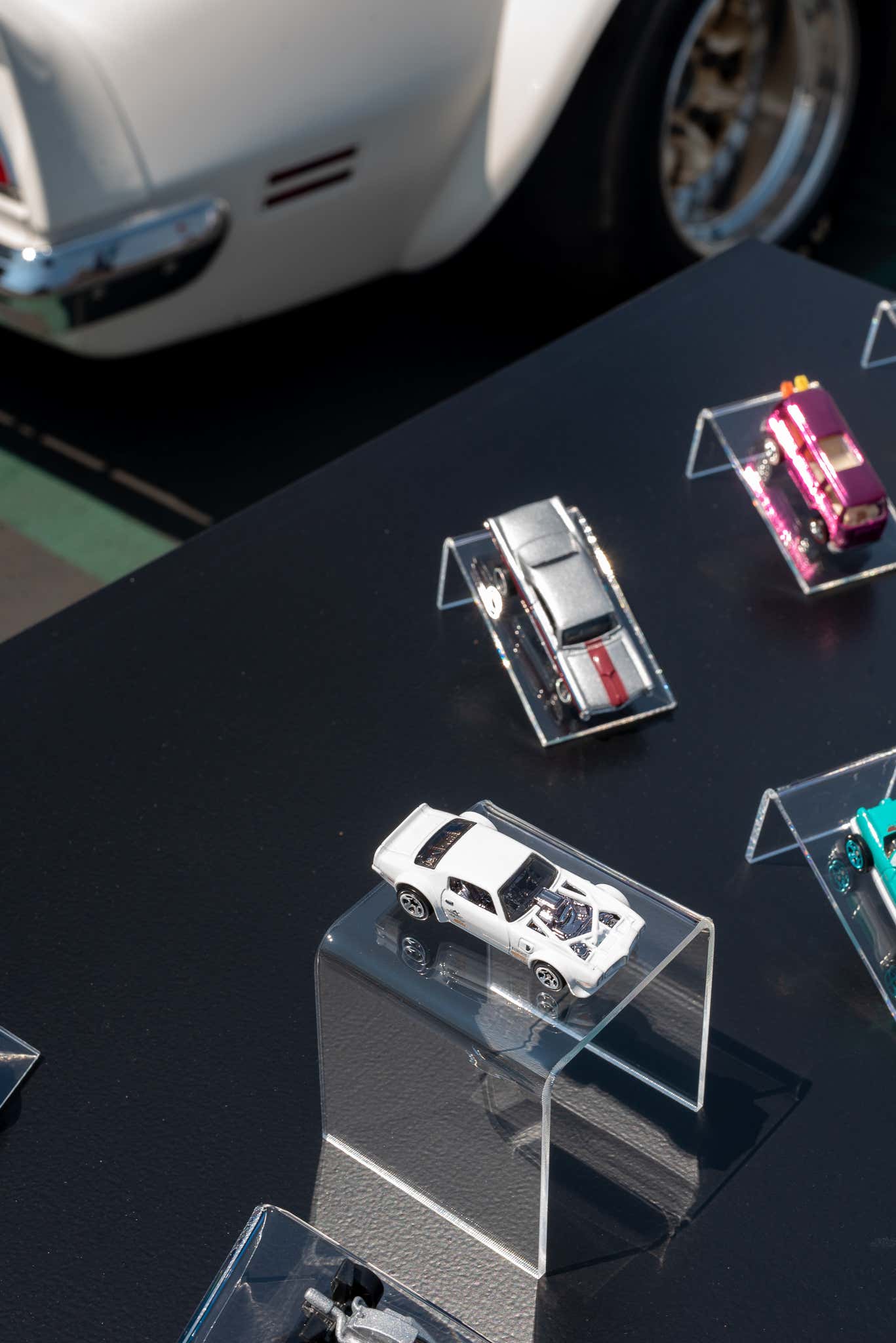 Stair himself said cars are temporal. He tracks his and there’s a chance someday he might make a mistake and it’ll be gone. We build them, we drive them, they grow and change with us over time, and even if everything goes right, he wants to keep the Pontiac as a living project, never fully complete. But one of his earliest memories is playing with Hot Wheels on a gray oval rug, having homemade NASCAR races.

Our memories of good times with our cars are deeper than any specific build. The Legends Tour is an acknowledgment of how culturally significant our toys really are to us as enthusiasts. For a company whose roots are so deeply embedded as a love letter to car culture, it has figured out the perfect way to give back to the fans who’ve adored the models since their inception. Clearly, Hot Wheels takes its responsibility seriously by lovingly replicating every detail of the cars it’s been entrusted to immortalize. 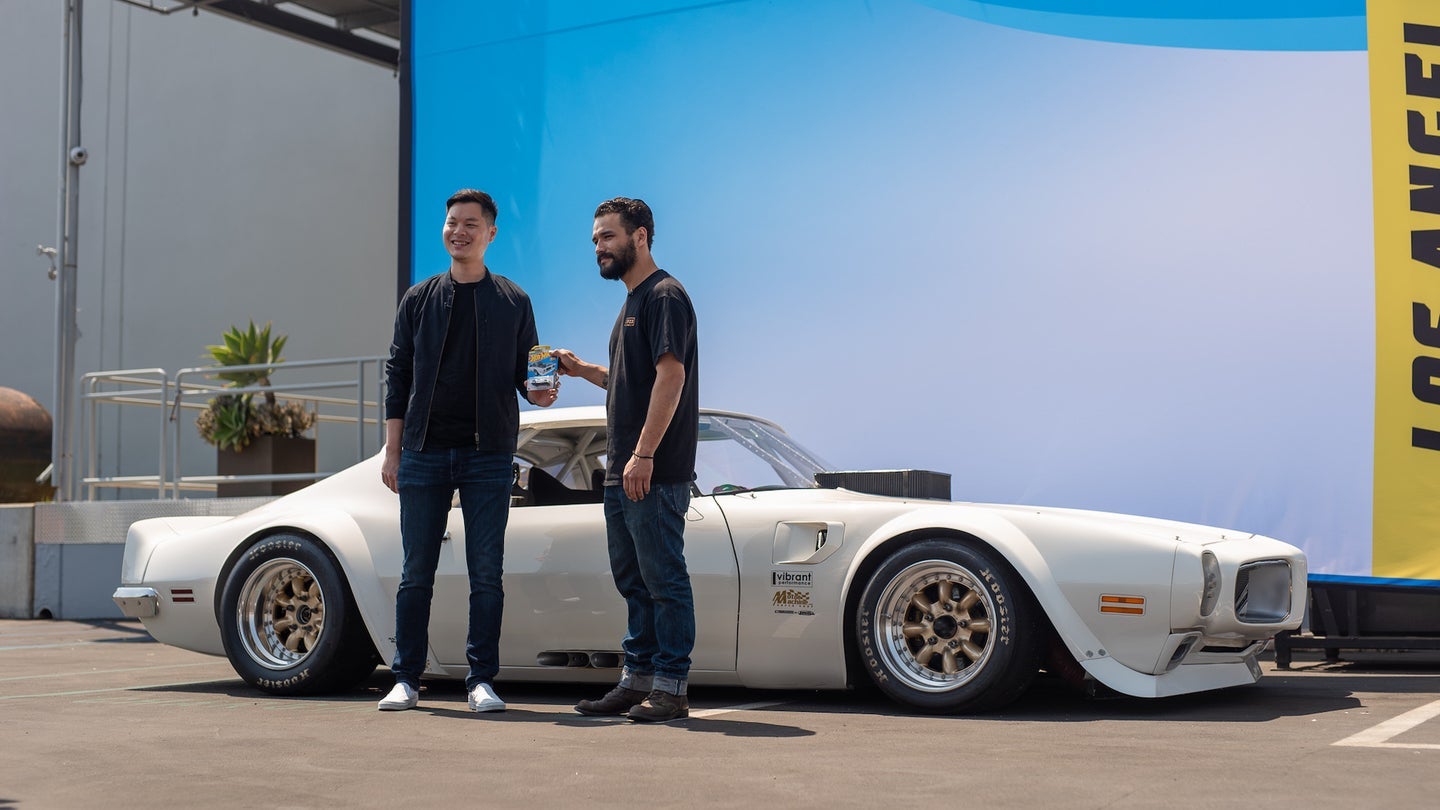 ​Got a tip? Email [email protected]