We have a collection of these impounded and abandoned exotics for you, along with some answers… be it criminal wrongdoings of the owner, tax evasion, fraud or even murder.

Ever see a luxury car parked in a sorry state, covered in dust and you wonder ‘What on earth happened to this car and why did it end up like this?’.

Well, we have a collection of these impounded and abandoned exotics for you, along with some answers… be it criminal wrongdoings of the owner, tax evasion, fraud or even murder. It is said that this Z4 was owned by a drug dealer who was arrested recently and the car was confiscated by the cops. It lies at the Mira Road police station dumping yard in Mumbai. This blue first-generation Ghost was seen impounded in a police station in Bangalore. Reasons for the seizure are unclear but it is likely to have been impounded due to non-payment of taxes. Actress Leena Maria was arrested for committing a Rs. 20 crore fraud and her cars, including a GT-R, Hummer H2 and EVO X were impounded. Pains to see the sad condition of the Phantom and the Aston Martin too. This R8 used to belong to cricketer Virat Kholi. The car lies in this sorry state in a police station in Thane due to a fraud committed by the person who bought the car from Kholi. The impounded car was flood damaged during heavy rains and legend has it that it even floated from one end of the ground to another. This R8 was seen at a police station in Coimbatore. The car is said to have been in this state for close to a decade now. 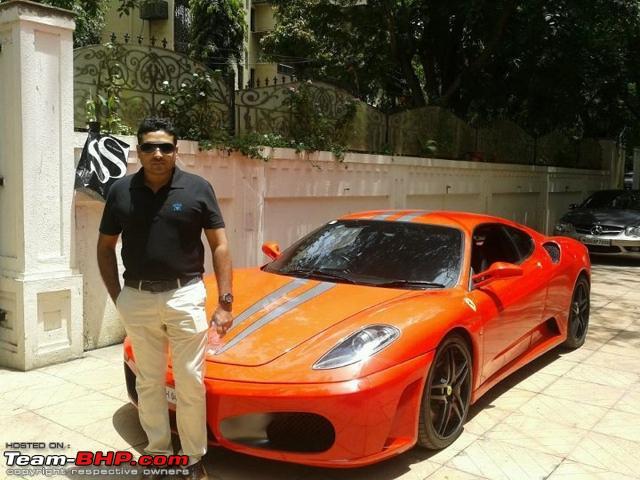 These cars belonged to Kerala-based businessman Mohammad Nisham, and each car is linked to a story that is more incriminating than the last. With the Gallardo, Nisham attempted to run down a Bangalore resident who complained about the loud noise from the Lamborghini’s regular 3am runs. The Bangalore cops seized the car in 2015 as a result. In 2020, the Gallardo was seized once again for a fake registration number. Nisham was also arrested due to a viral video that showed he let his 9-year old son drive the Ferrari 430 with his 5-year old son riding shotgun, in Thrissur, Kerala. When it comes to the Rolls, Nisham was caught driving the Ghost drunk, and when the woman officer tried to take the keys, he reportedly locked her inside the vehicle. Lastly, Nisham is currently facing a life sentence in jail after he murdered a security guard of his housing complex by repeatedly ramming his Hummer H2 into the guard for failing to open the gate in time. This was after Nisham returned from a night out, once again, intoxicated. This all-black Bentley Continental Supersports from Delhi was impounded by the DRI and spent 7 years gathering dust in the corner of a government building. 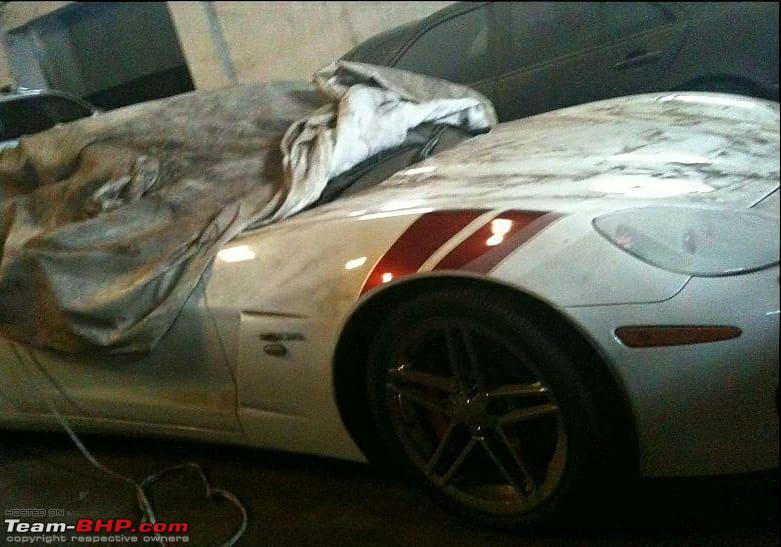 This C6 Corvette is said to have been impounded and lies abandoned in Kochi, Kerala. Many Japanese imports like this Mitsubishi FTO lie gathering dust in this impound yard. It is said that these cars were impounded together in Kochi and are now in Bangalore. The Lamborghini had fake China Edition stripes on it for a while. The Bentley is said to have been impounded multiple times since 2017. A Range Rover and a Porsche Cayenne were also impounded along with these cars. This is India’s only Ferrari 575M Maranello. The car was imported in 2004 or earlier and was registered as a taxi to save taxes. The car was impounded and was later sold to a car collector in Bangalore. Both these gems belonged to jewellery fraudster Nirav Modi. Luckily, unlike many cars in this thread, they were quickly auctioned off, rather than ending up in a sorry state.