As pickup-truck fever engulfs the nation, automakers are working overtime to produce bigger, faster and crazier trucks to quench the thirst of horsepower-loving Americans. By those standards, the 2021 Ram 1500 TRX should fit the bill, with its massive tires, high-riding suspension, extra-wide body kit, and 6.2-liter supercharged Hemi V8 engine under the hood. Oh, and 702 horsepower, of course.

Ram recently dropped off one of these $90,000 behemoths at my house and told me to do whatever I wanted with it. Okay, fine, they didn’t really tell me that, but that’s kind of implied, no? I’ve really only used it to run errands around Christmas, and it even served as a last-minute stand-in vehicle for a family member’s wedding over the weekend. It’s had it pretty easy so far, but I will definitely take it for some proper off-roading before it goes back to Ram.

So, this makes me wonder: what do you want to know about the TRX? 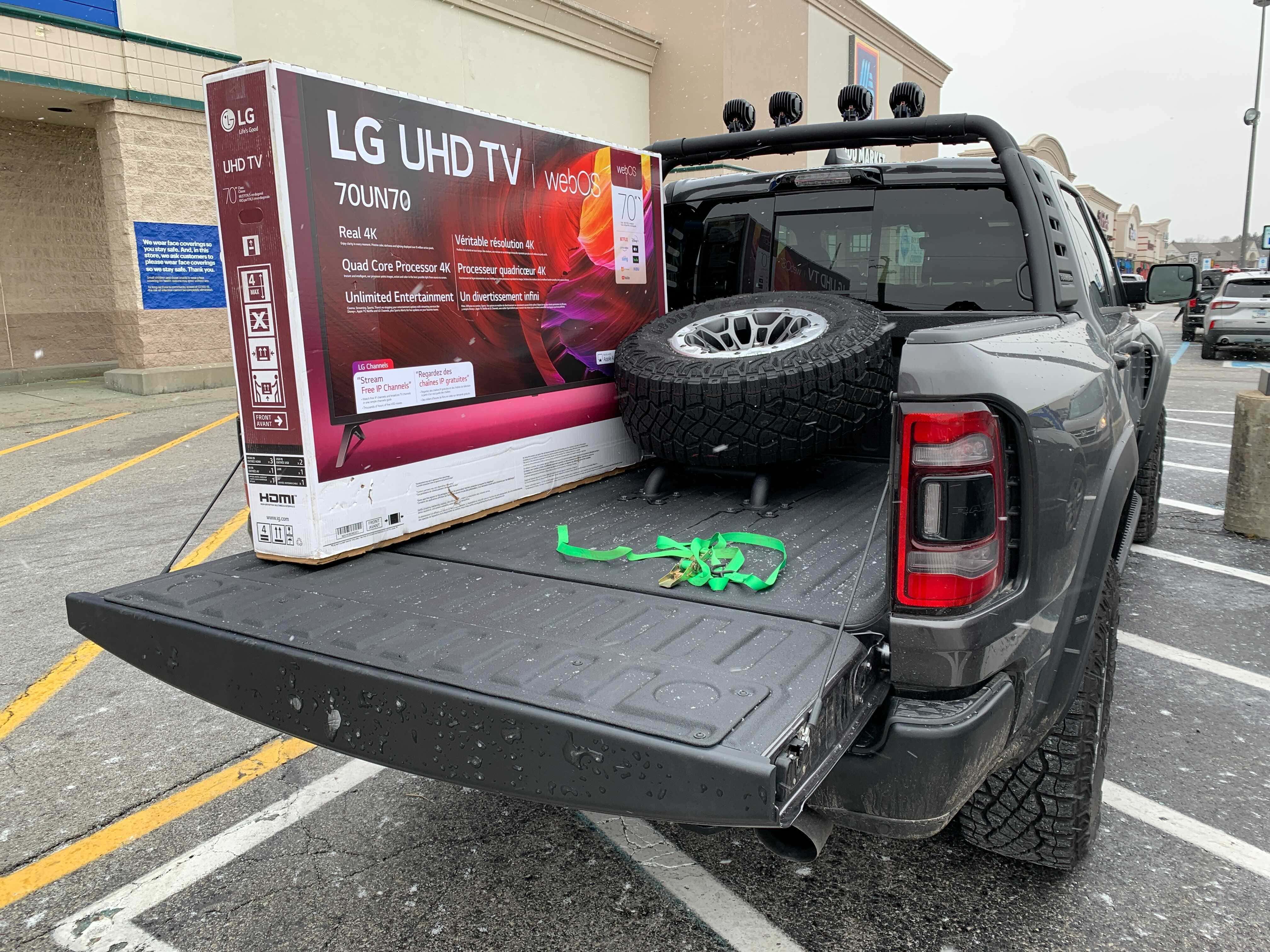 I’ll tell you what I know so far. First, it’s HUGE, and it’s heavy. Yes, it’s fast, but it’s not agile. Shocker. As my boss Patrick George put it, it’s the Ultimate Brodozer—not as dedicated a performance car as something like a Challenger Hellcat, and not especially great, it’s really not great at doing pickup truck things.

When the TV I bought online arrived with a shattered screen, returning it was harder than it should’ve been. I couldn’t fit it in the bed properly thanks to the silly “Ram Bar” and bed-mounted second spare tire carrier. I had to get creative with straps and leave the tailgate open in order to transport a box that would’ve fit just fine in almost any other truck. Not off to a great start, at least for doing stuff you’d expect a Ram to do.

What do you want to know? Sound off in the comments.

Related posts:
Roofless Mercedes CLS 63 AMG Gets New Lease Of Life After Massive Body Repair
Fiat kills 124 Spider and 500L crossover, leaving 500X as the last Fiat standing
Best News
Tesla Earns Top Honors In JD Power Premium EV Ownership Study
01/22/2021
FBI: No crime committed as ‘noose’ rope was there in 2019
06/23/2020
Why VW Pulled The Plug On A 400bhp VR6 Arteon R
06/23/2020
2021 Kia Grand Carnival breaks cover – solid looker! – paultan.org
06/24/2020
New Volkswagen Arteon Shooting Brake arrives as part of facelifted line-up
06/24/2020
Recent Posts
This website uses cookies to improve your user experience and to provide you with advertisements that are relevant to your interests. By continuing to browse the site you are agreeing to our use of cookies.Ok