Genesis, like most other automotive manufacturers, is aware that the times, they are a changing. Thus, the company has announced its first electric vehicle built on a dedicated EV platform. The Genesis GV60, as it will be known, hopes to herald in a new era for the luxury automaker.

As you might expect, the name GV60 was not chosen by chance.  The G, we’re told, stands for Genesis, while the V is for versatility. Meanwhile, the number 60 is part of a new ranking system for Genesis vehicles. Lower numbers will be for sportier, “athletic” vehicles, while higher numbers will represent “elegance.” Thus, as the lowest number yet built, the GV60 will be the most athletic Genesis thus far. 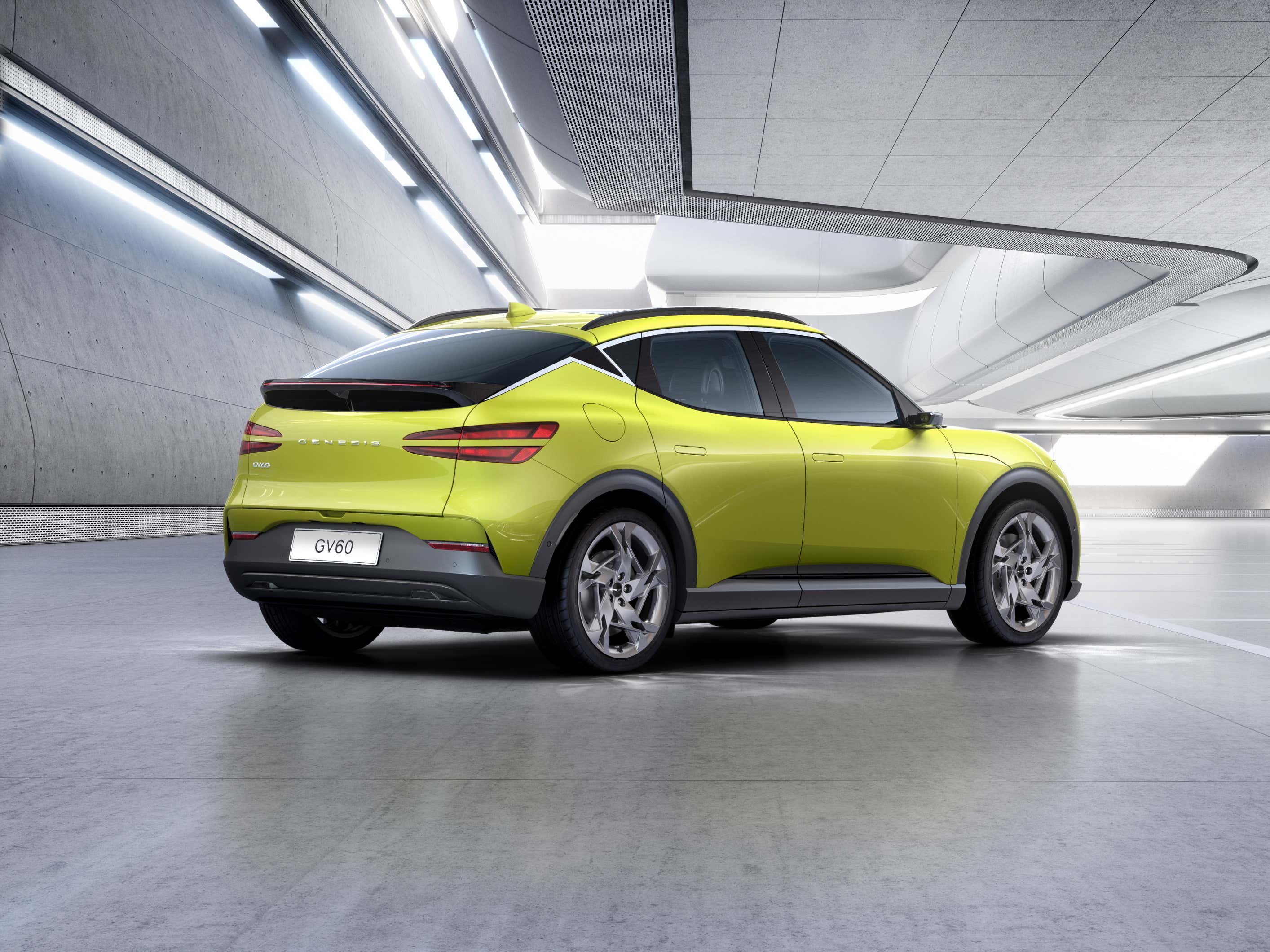 The vehicle cuts a striking form in its yellow-green paint, sporting the stance and proportions of a mid-size SUV. The front end gets four headlights in a daring design, while also sporting the winged Genesis badge in a new thinner format that the company was eager to highlight for reasons unknown. The front hood is a little special, too, with a clamshell design that integrates it into the top of the front fenders. It’s something Aston Martin did to great effect on the DB11, and it’s interesting to see it here, too. 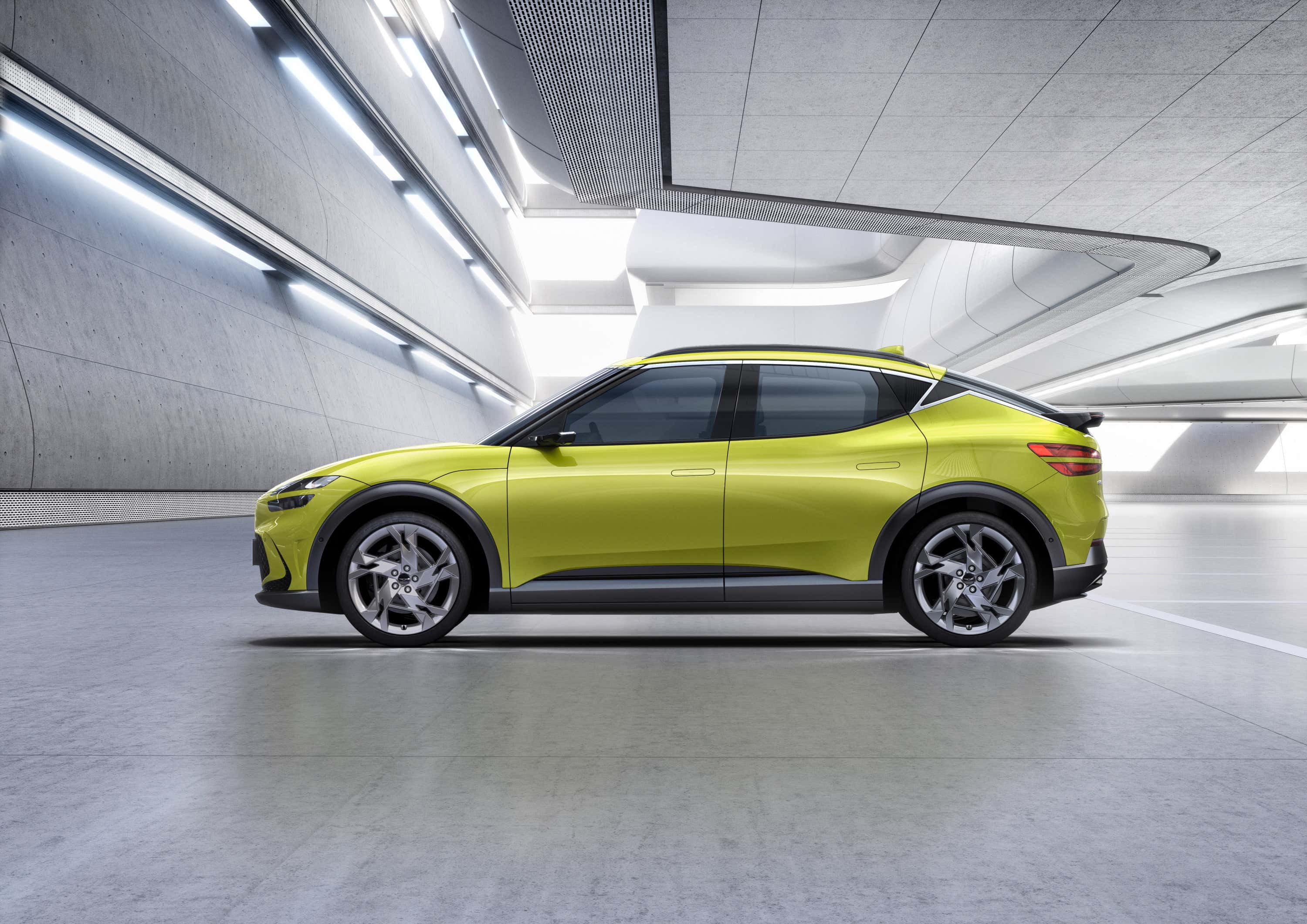 The rear end looks a mite more conventional, though there’s a lightning-bolt slash that stands out on the C-pillar that helps celebrate the vehicle’s electric credentials. There’s also a small rear lip spoiler, and the tail lights mimic the headlights in their four-piece design.

Inside, things reportedly get a bit exciting, with Genesis touting the car’s Crystal Sphere. When the car is off, it acts as a hemispherical mood light. However, get in to drive and it rotates around, allowing you to use it as a shifter. We look forward to seeing this design in greater detail when more press images come out down the track. Hopefully it still has some tactile feel about it. 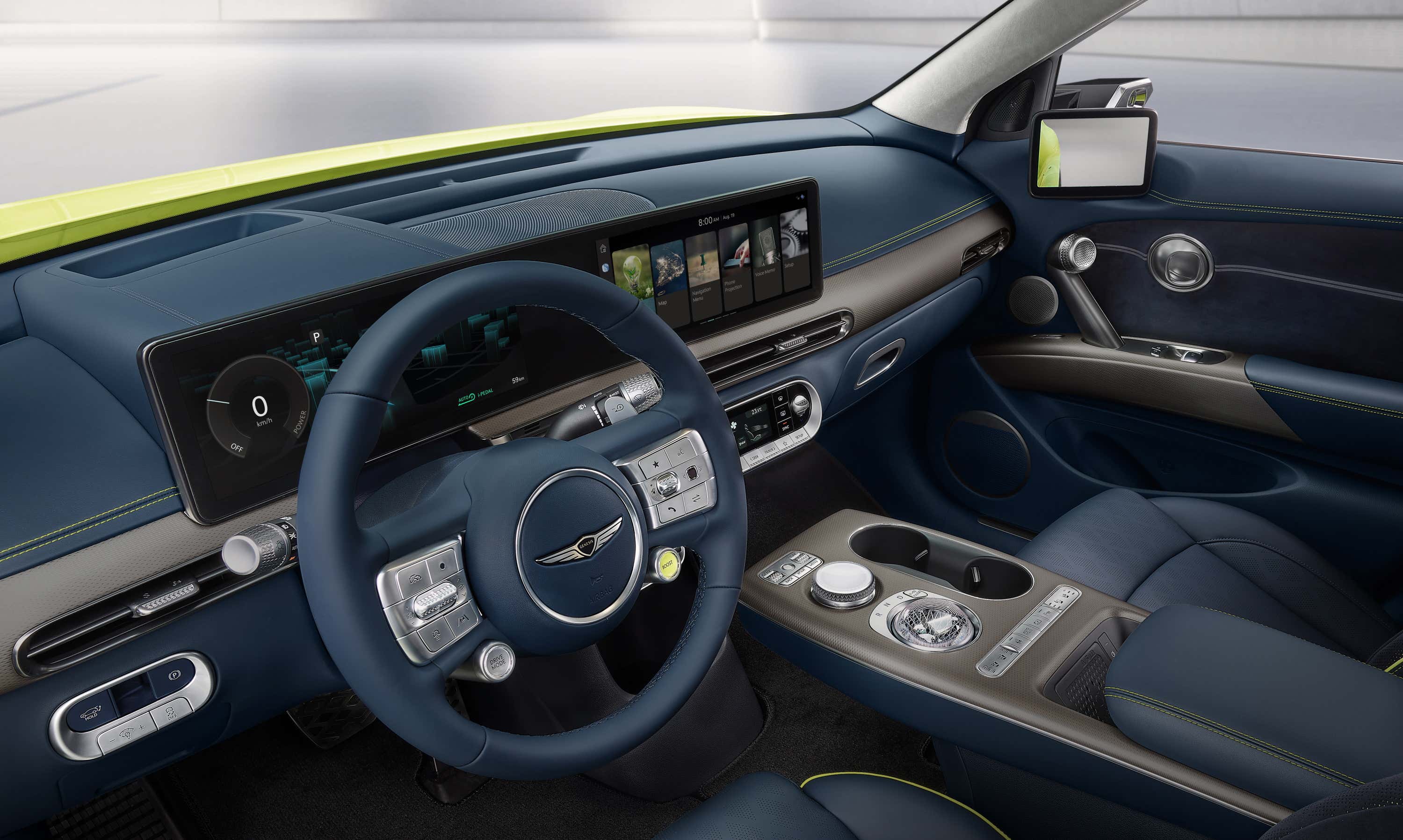 Performance details like acceleration and range aren’t yet available, but expect them to trickle out as the GV60 gets closer to release. Overall, it’s a sign that Genesis is well on its way to building electric vehicles en masse, much like the industry at large.