There’s a lot to be excited about with the new Ford F-150 Lightning, but people seem especially amped (pun very much intended) about the cavernous front storage compartment known as the “Mega Power Frunk.” Equipped with lights, USB chargers, and full-fledged electrical outlets, the frunk has some serious capability. In fact, it looks like Ford has bigger plans for the space than it’s letting on.

Ford put out a press release this morning detailing the humble beginnings of the frunk. It turns out that in a patent published in early October, the Blue Oval detailed a unique way to use the space and power it has under the hood. Forget tailgating around the back of the truck, Ford’s patent equips the F-150 Lightning’s frunk with an integrated table, a stereo system, and more. 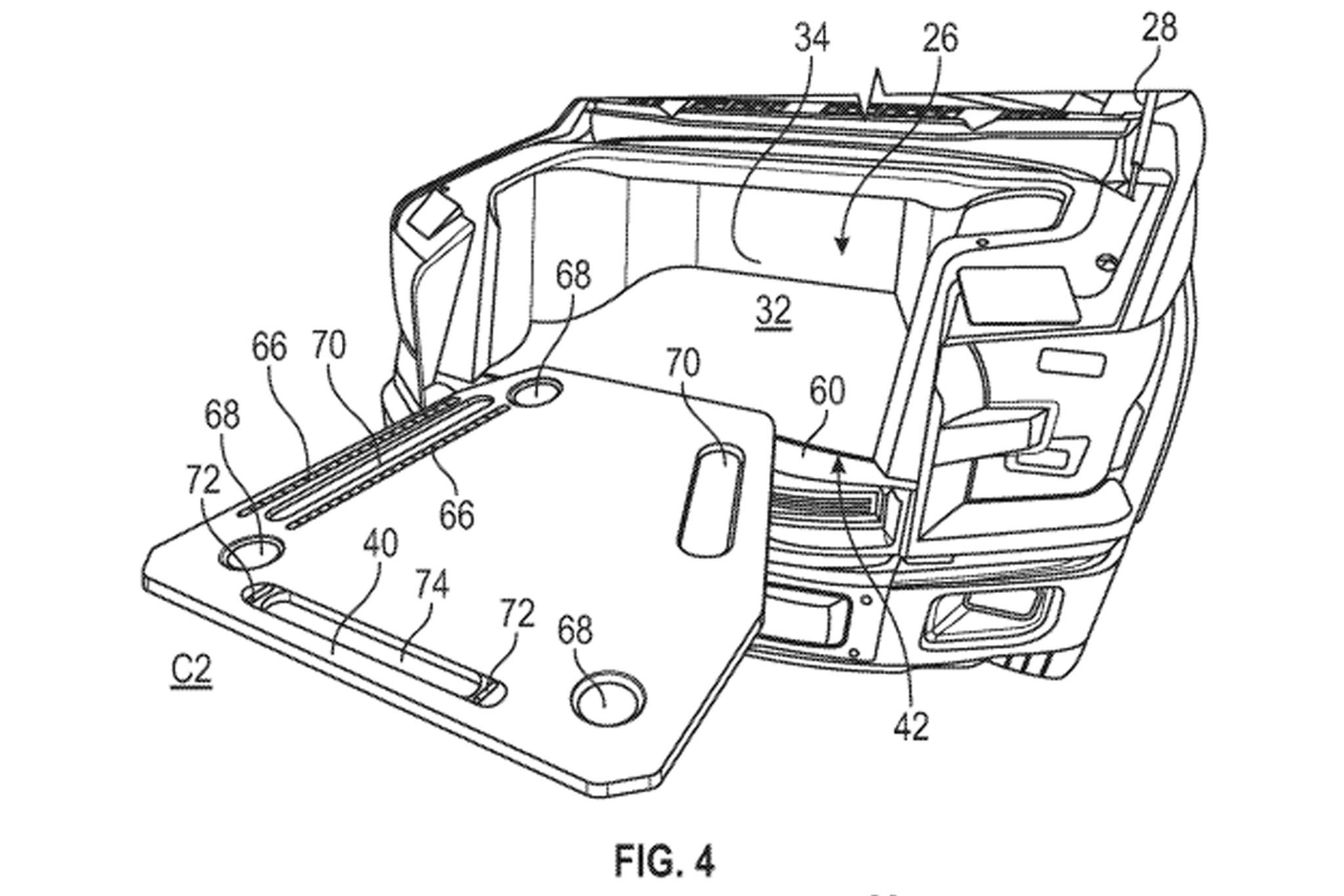 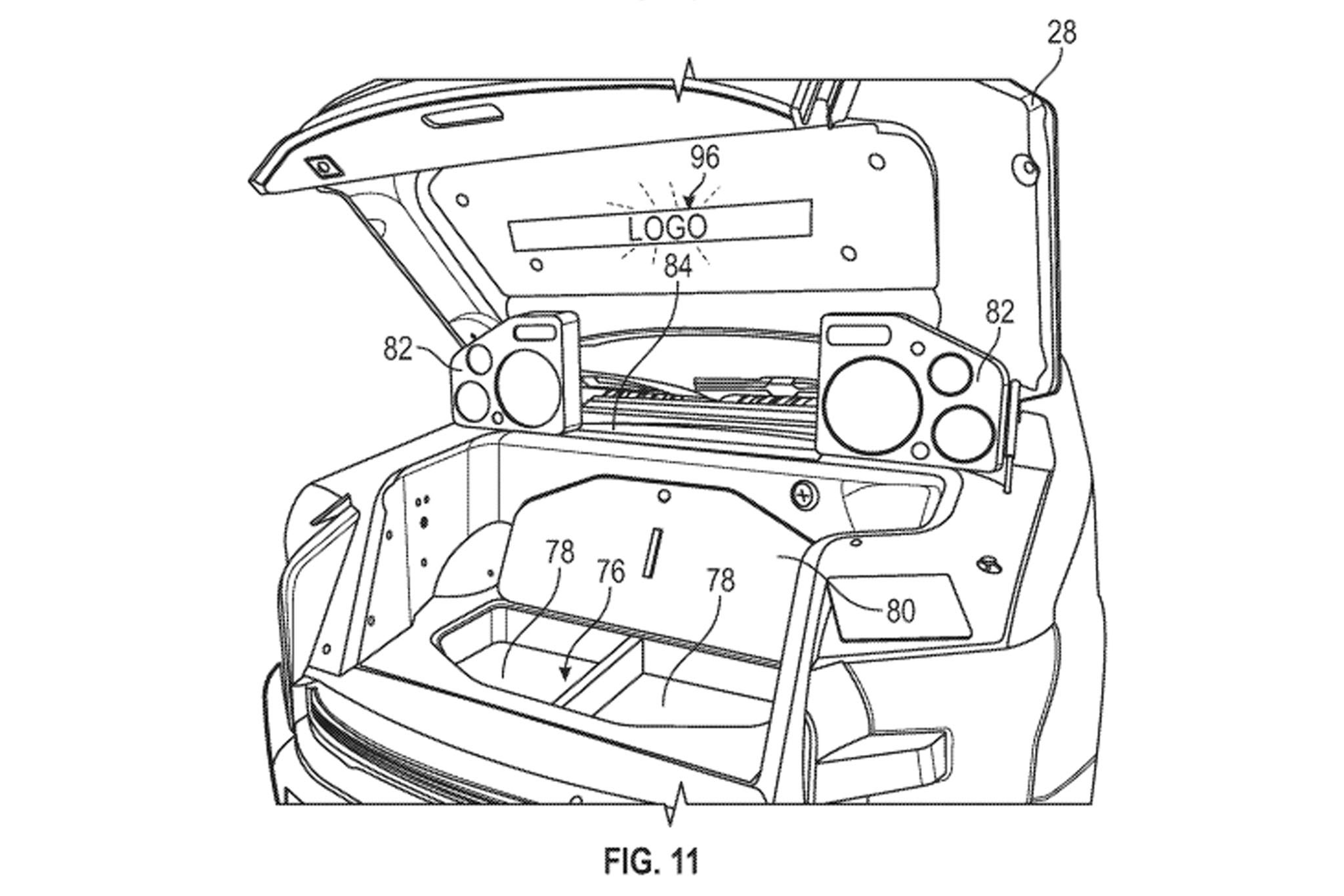 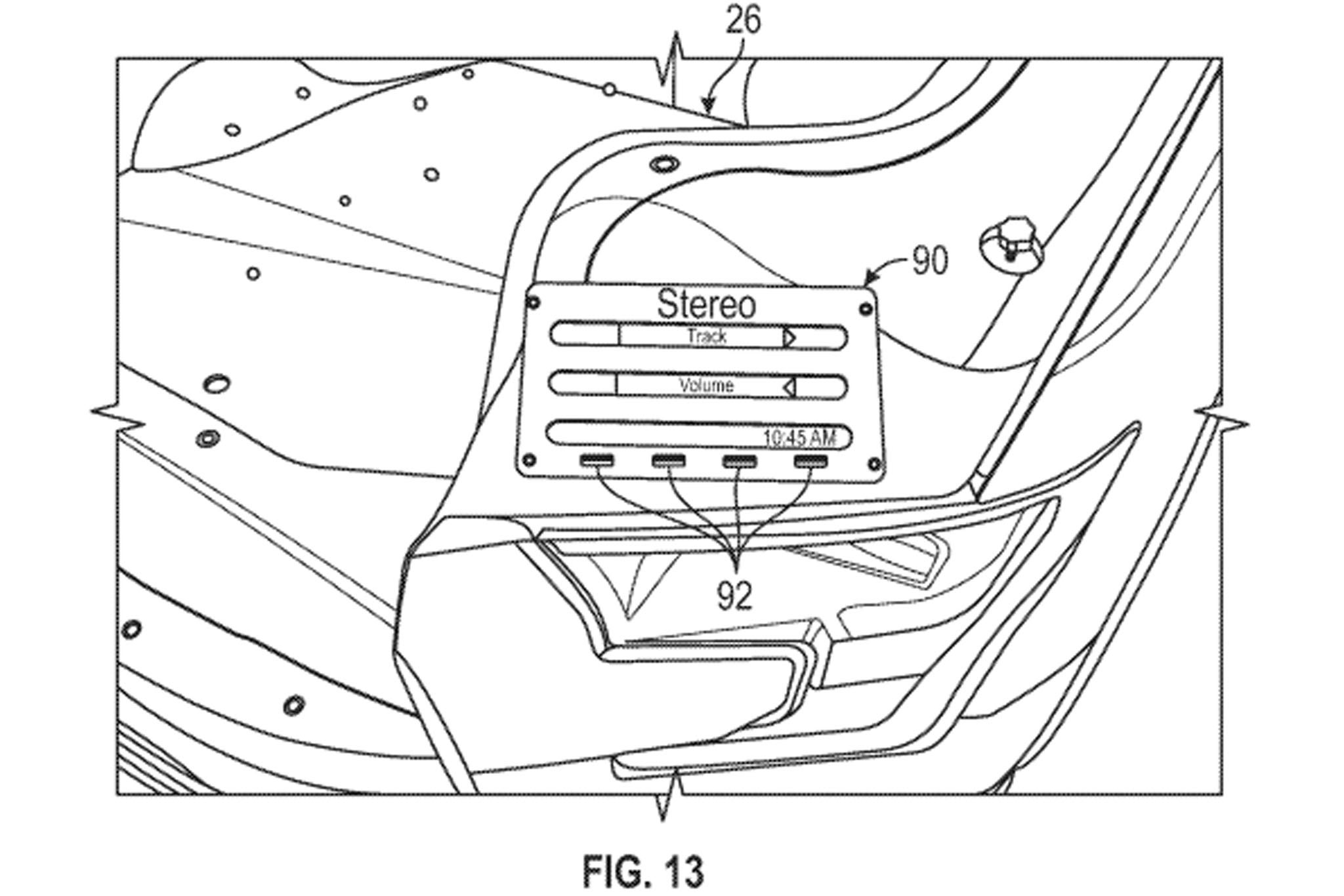 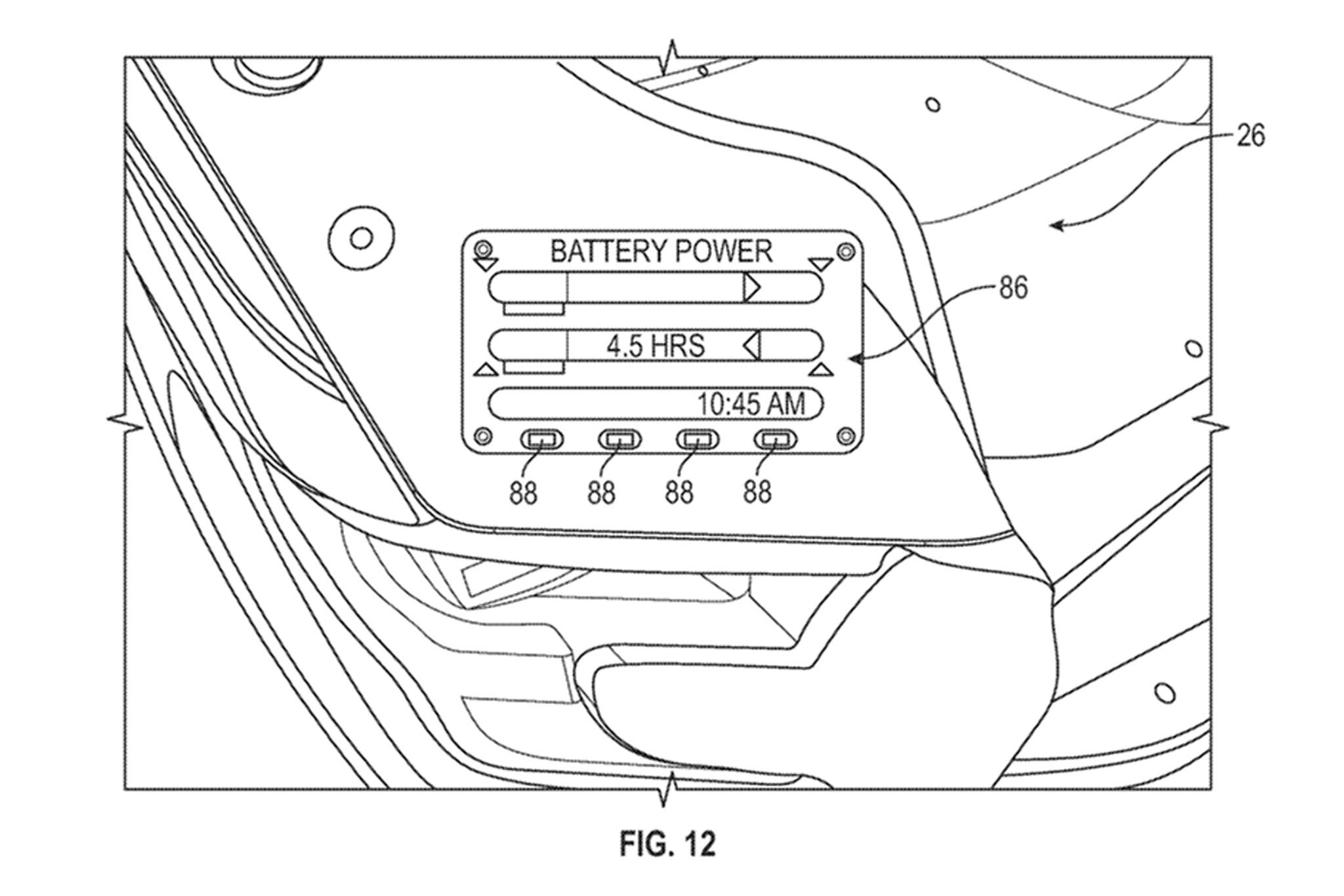 Ford’s press release today almost seems to hint at this sort of setup already existing, stating that “2.4 kilowatts of power are available for everything from TVs to laptops, speakers to crockpots, power tools and other devices.”

Indeed, 2,400 watts is plenty of power to do what Ford envisions here. In addition to the lights and illuminated logo the automaker seems to want on the concept, there are also two stowable speakers that are stored under the floor of the frunk. According to the patent, they could connect to the vehicle via Bluetooth and are controlled by a small panel located above the headlight. Also, mirroring the display that tells you what song is playing is a similarly-sized one over the opposite headlamp which displays the vehicle’s charge condition. It’s worth noting that both these panels are littered with USB ports, just to make sure everyone has a spot to charge their various devices.

The table in the patent is interesting as well. Shaped to match the size and shape of the trunk, it appears to pivot out on a hinge and then support itself from below with a fold-out panel. This panel latches onto a spot somewhere near the front license plate. Plainly visible are a series of cupholders and a few slots to retain other items. 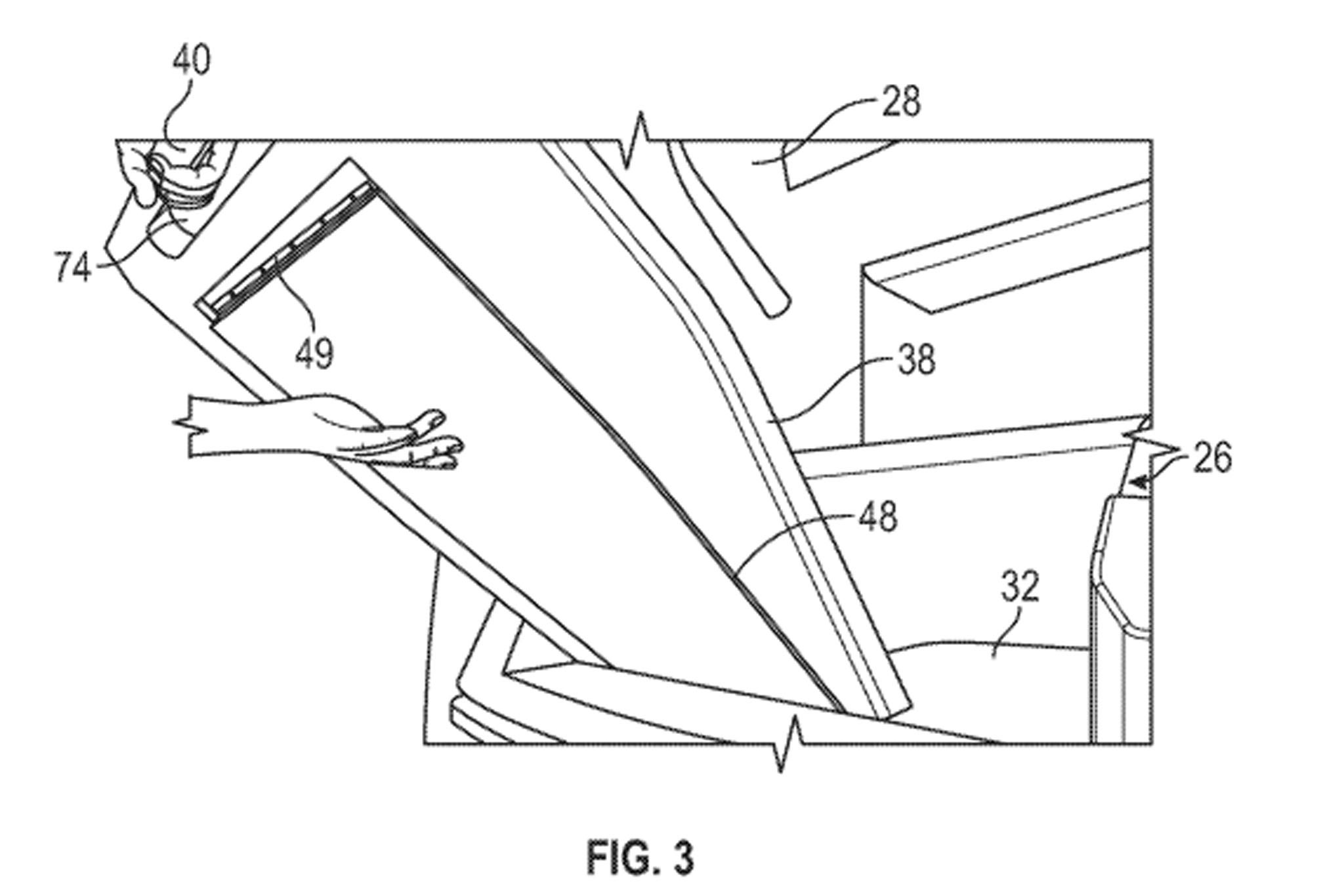 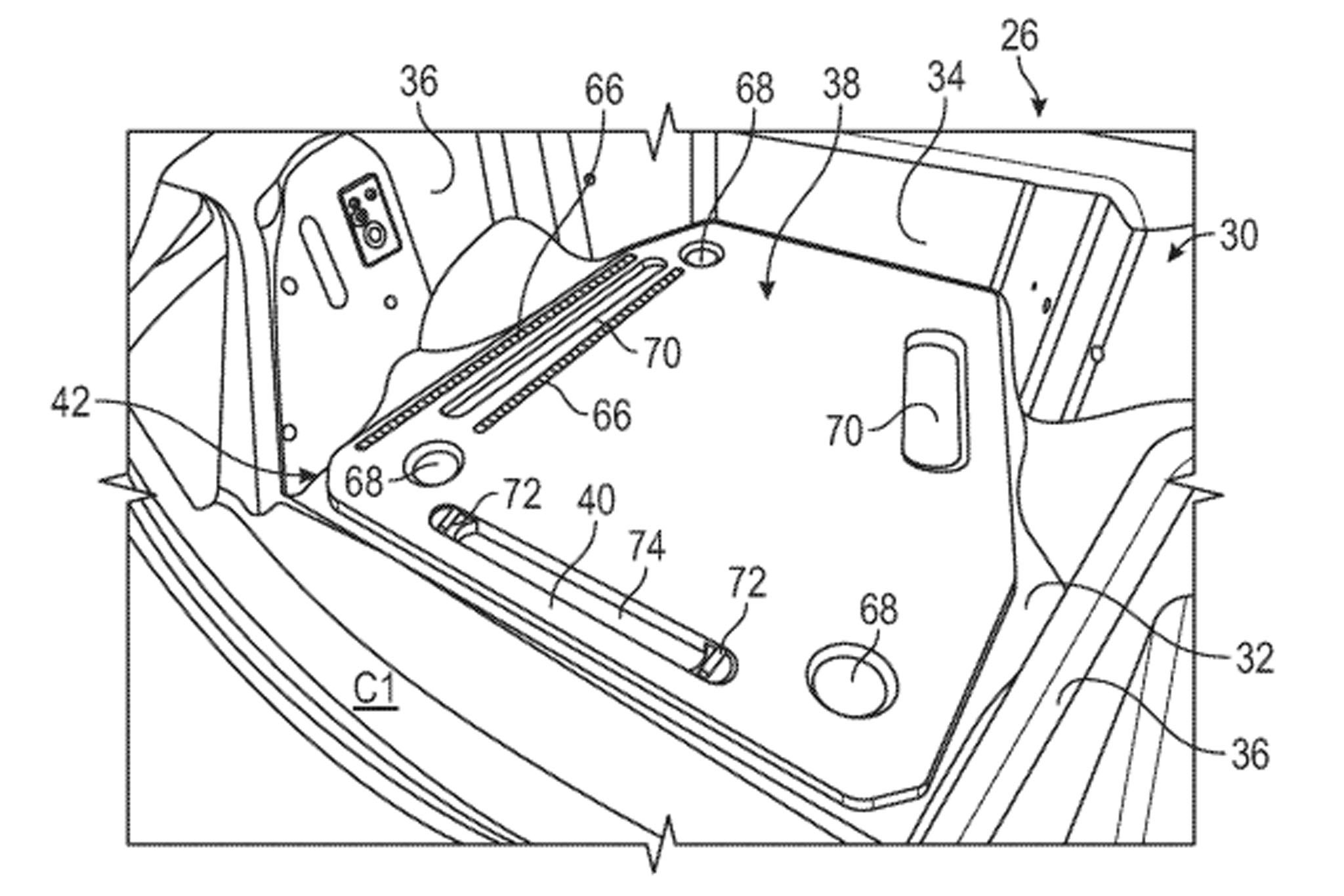 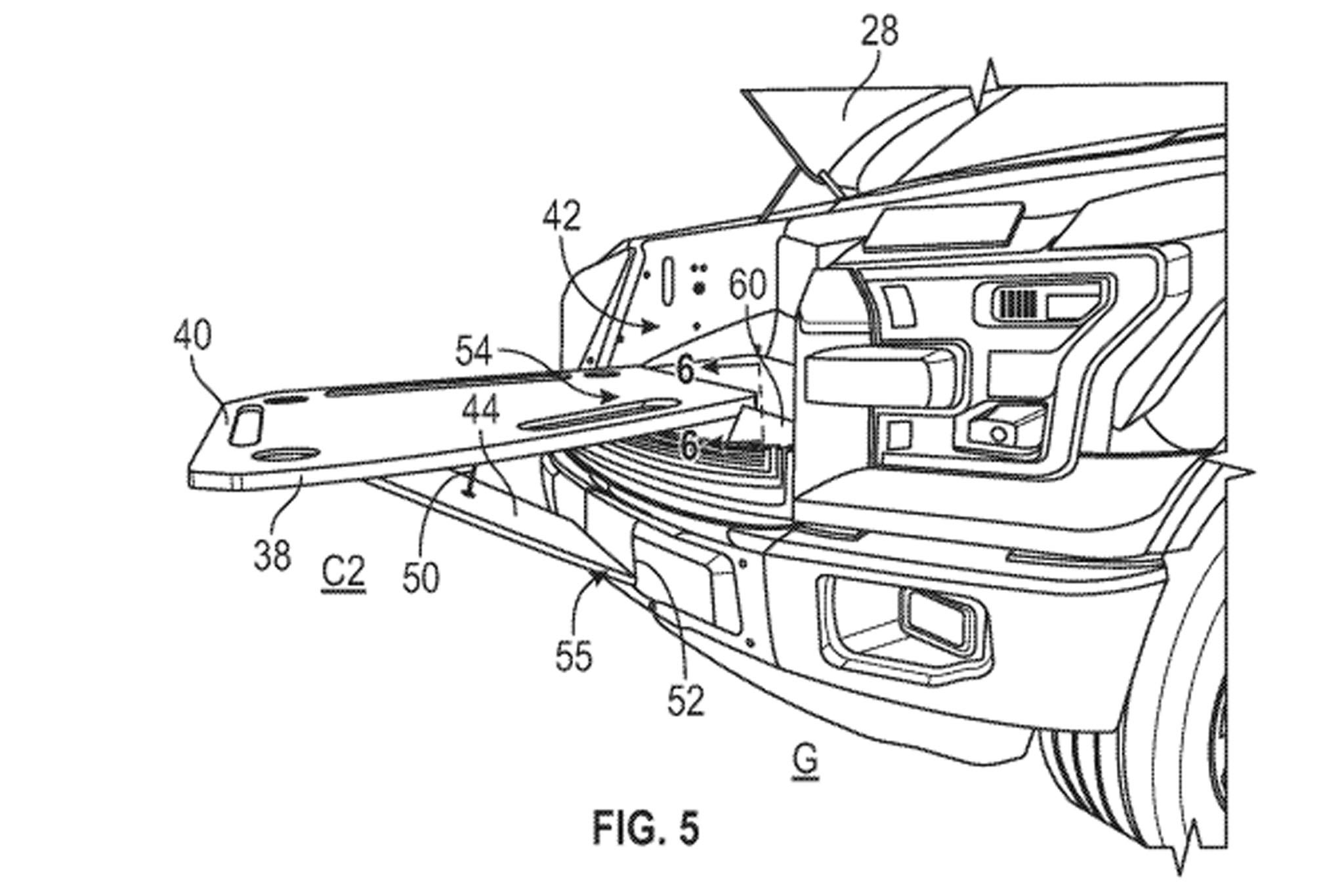 To keep the party going, it appears Ford added a few things to make sure the lights don’t suddenly go out mid-tailgate. First off, the patent details a second charging port for the vehicle located under the hood. Why this would be necessary in addition to the F-150 Lightning’s conventional fender-mounted charger is unclear, but it seems like adding an extra spot to plug in a charger was a priority. Also making sure the truck’s charge status is plainly visible is the aforementioned display mounted above the headlight.

So when can we expect to see this tailgating rig out in the wild? Well, it’s just a patent, so it doesn’t necessarily mean Ford intends to produce it. However, the automaker is bound to sell accessories for the truck when it’s released.

If the Bronco is any indication, there’s likely going to be a lot of optional extras. One of them might just be this.