It can connect to other Crua tents to create an expansive living area.

There’s no shortage of rooftop tents (RTT) available. There are various styles with their own unique features, but longtime RTT makers will soon have a new competitor – Crua Outdoors, the Irish-American camping company. It’s running an Indiegogo campaign right now for its Crua AER, which has far surpassed its funding goal. The tent combines the company’s cutting-edge camping technology with rooftop portability.

One of the tent’s standout features is its ability to be used on the ground. It can detach from its fiberglass- and aluminum-honeycomb base and be used as a typical tent. Those who use it frequently on the ground can get a ground frame, protective under-floor ground sheet, and a carrying case. The tent also includes Crua’s Culla thermal-insulator tent as an option, which inflates into shape and can keep the interior at the perfect temperature regardless of the season. 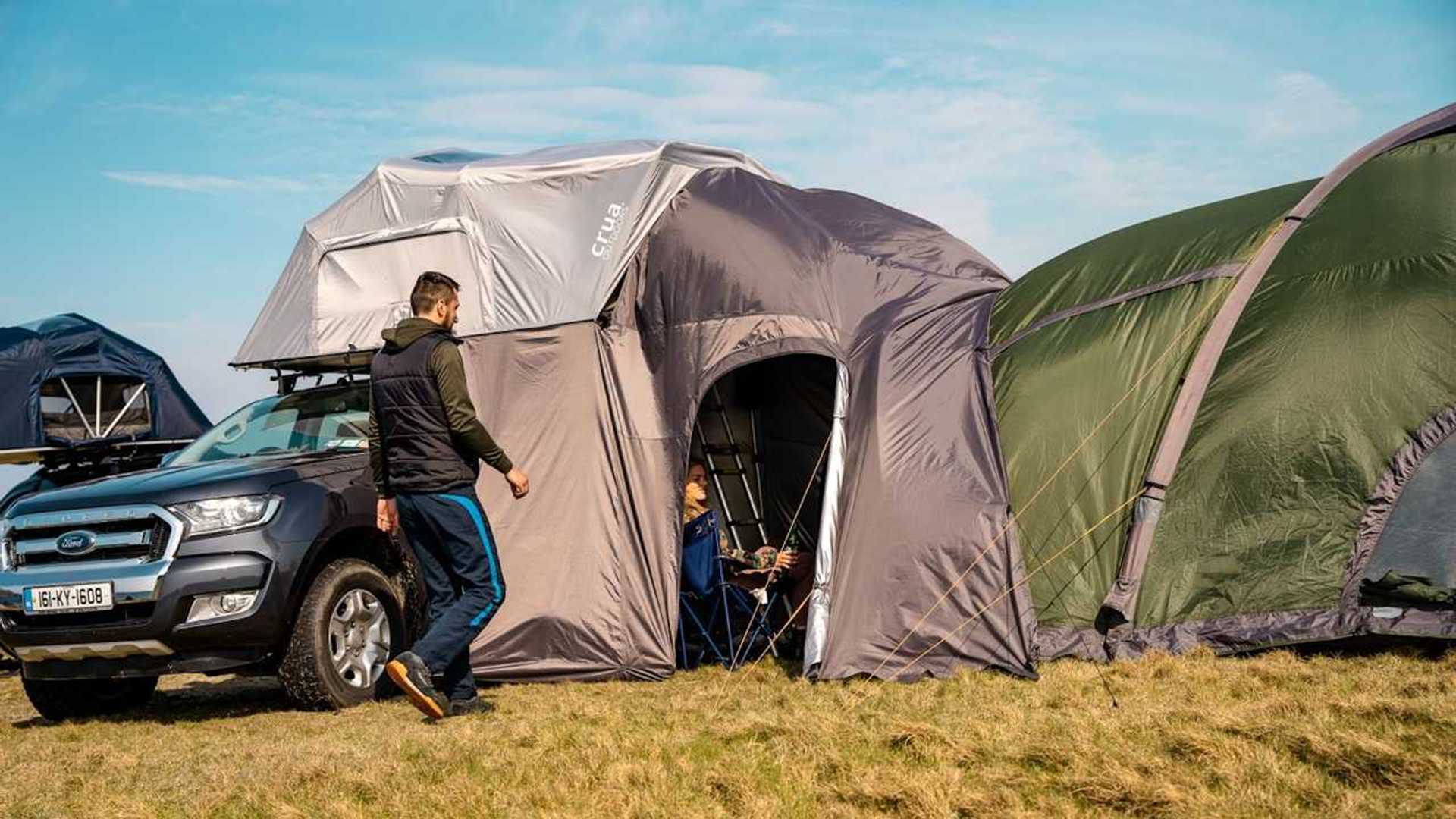 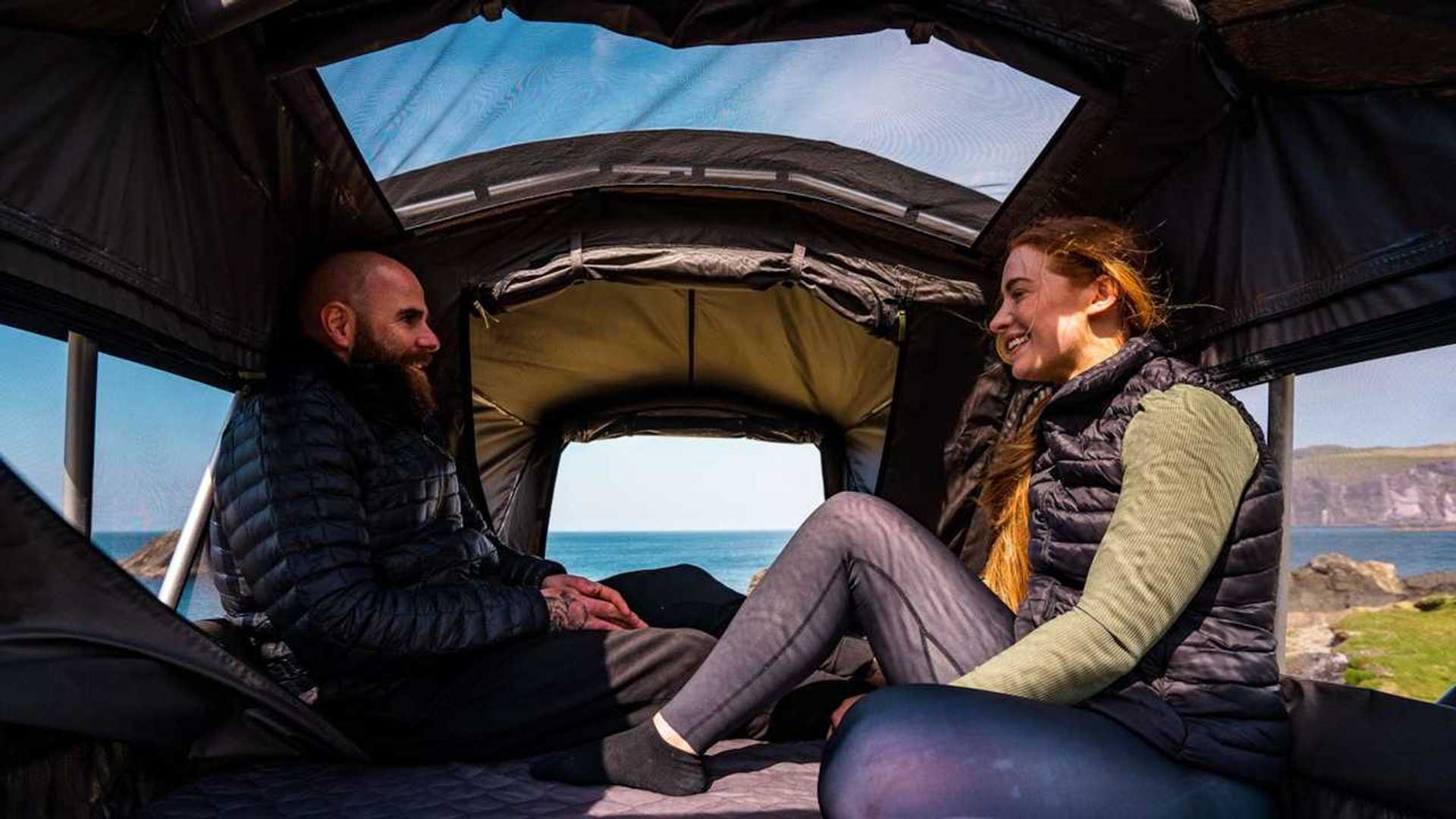 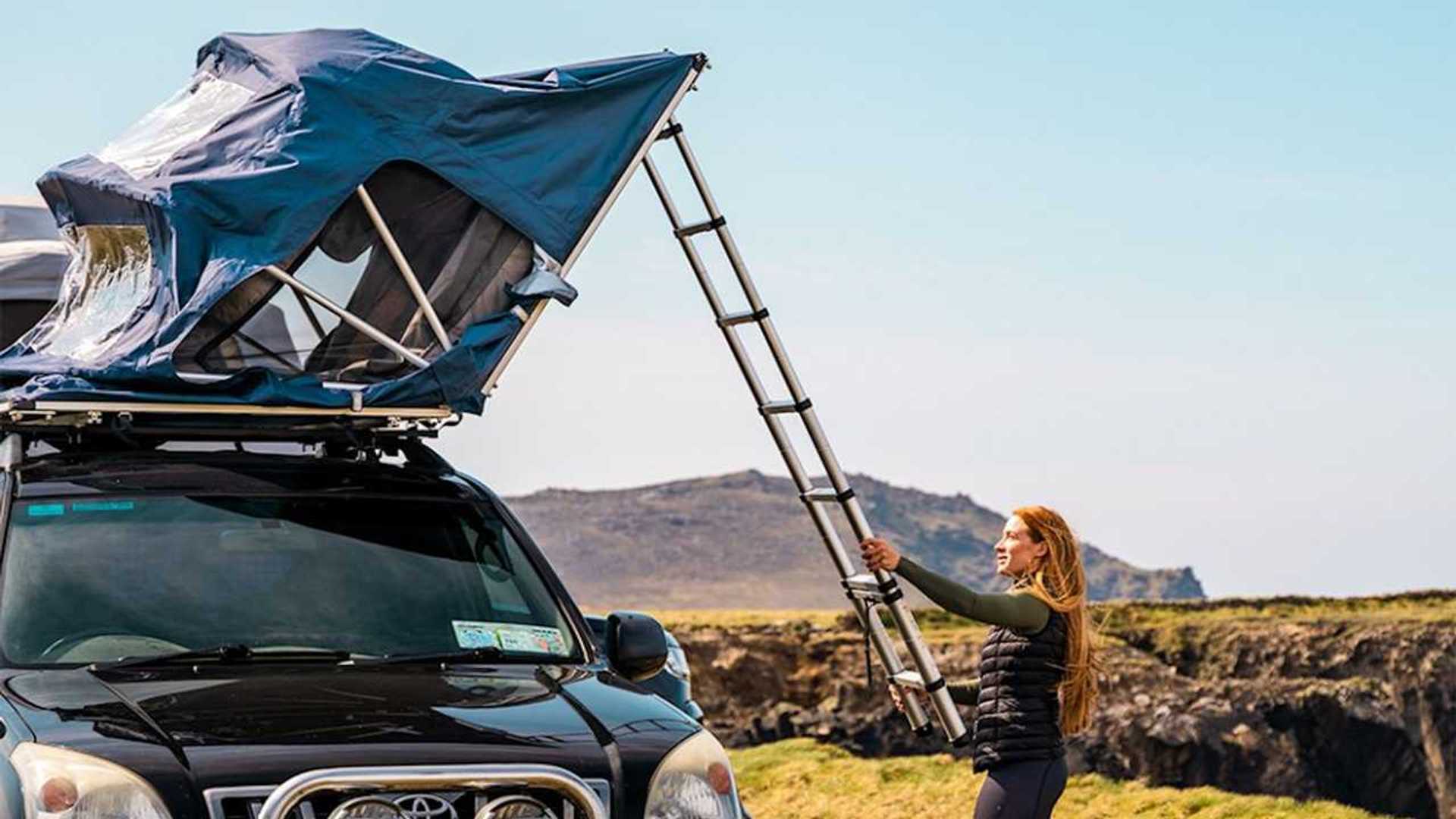 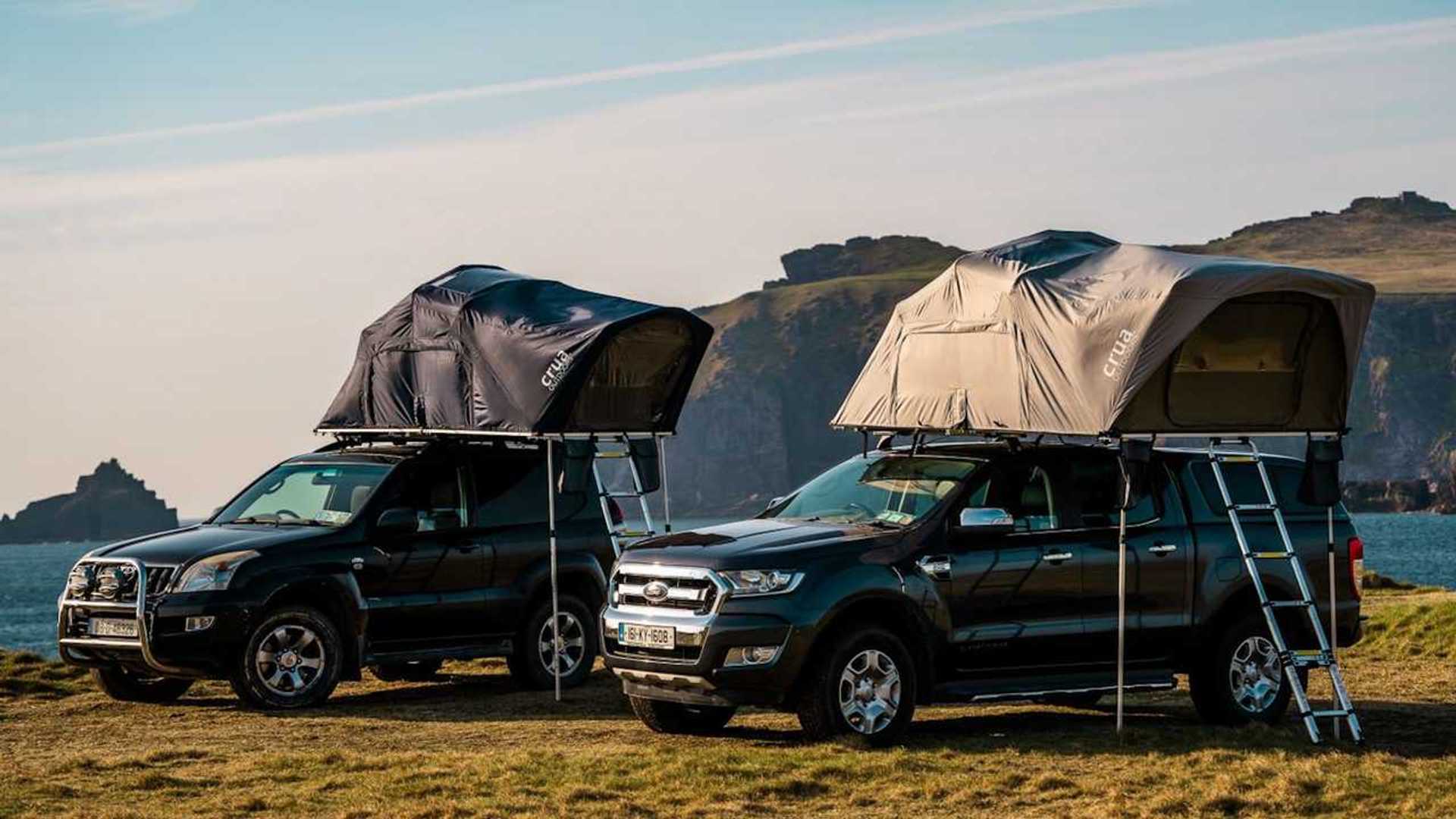 Crua says the tent is easy to set up, too, with simple buckles and latches holding things in place. First, one has to remove the protective cover and unstrap the ladder. Pulling the ladder out opens the tent to being almost ready. The final steps include adjusting the ladder, installing two front support poles, and setting up the porch area. The Crua AER is available with two floor sizes – a 51-by-89-inch (129-by-227-centimeter) floor and an 82-by-98-in (209-by-240-cm) one. The smaller one can sleep two to three people while the larger one can accommodate four to five sleepers.

Another feature is the tent’s ability to connect to other Crua tents, capable of creating a large living space both on the roof and on the ground, helping give the tent great versatility. Inside, campers are greeted with wraparound windows and skylights. The Indiegogo campaign runs for another 10 days as the company offers the tent as a pledge perk at a discounted rate – up to 35 percent off, depending on the style of tent. Pledge prices range from $1,849 to $2,649.