The Mercedes-Benz 300SL is a legend of the German automaker’s past. At the time, a cutting-edge sports car and the fastest production car of the era, its dashing good looks and innovative gullwing doors helped cement its status in the annals of motoring history. Of course, with just 1,400 of the coupe model built, they’re devastatingly rare and priced appropriately as a result. Thus, you won’t be surprised to learn that this “beater” 1956 Mercedes-Benz 300SL is listed on eBay Motors for a cool $1.395 million.

According to the listing, the 1956 model was reportedly originally owned by one Roger M. Andrews, an assistant director that worked on films like Superman (1948) and the Batman and Robin tv series from 1949. After Andrews passed away, the car then spent 60 years in the custody of the Wolf family, where it received a red paint job over the original white. After racking up 92,000 miles, the car was purchased at auction in 2018 by Mercedes collector Sammy Rad. Rad removed the top coat of red paint to reveal what was left of the original white underneath, thus giving the car its unique patina seen today. 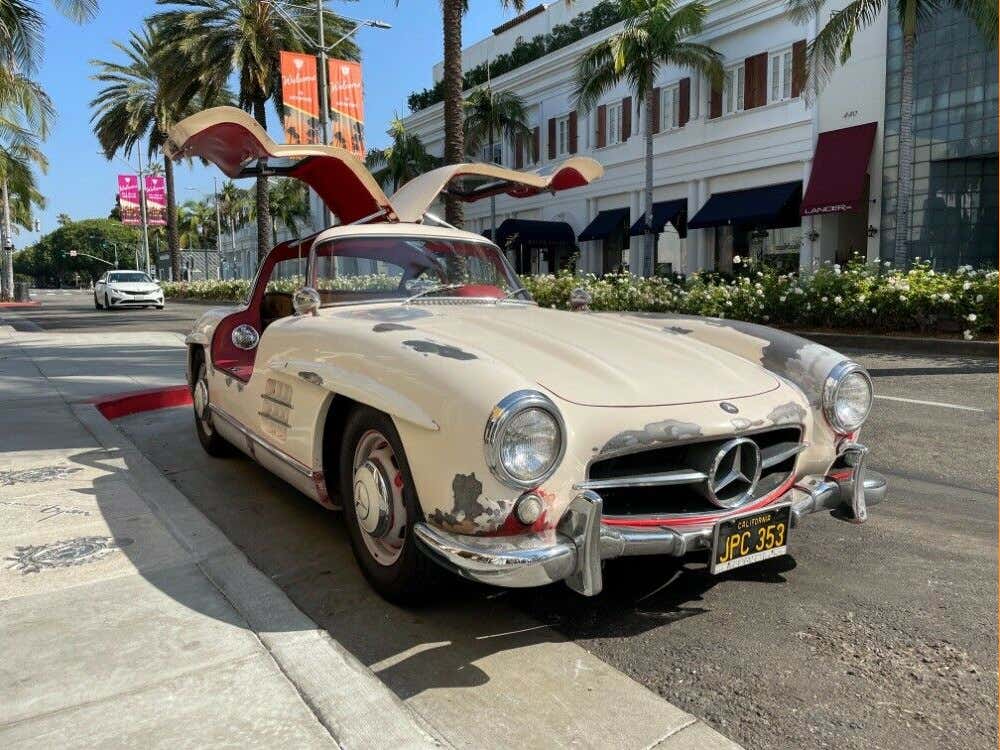 The interior has been refinished with new red vinyl, and the car comes complete with a set of Karl Baisch Gullwing luggage and the original Becker Mexico radio. All the gauges and exterior lights are also reported to be working. The original manual is also still with the vehicle, bearing service stamps dating back to 1956. The car is numbers-matching as far as engine, body, and chassis go, though the transmission was swapped at some point to a 1960’s part, per the listing. 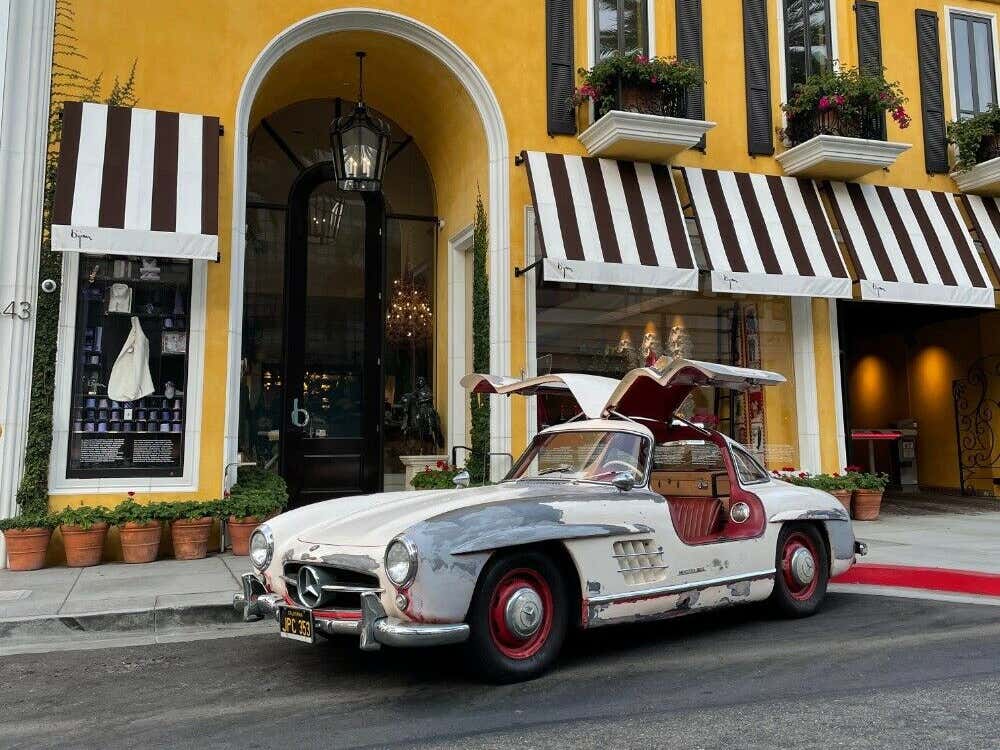 Despite not running for a decade, the 3.0-liter straight six allegedly fired right up and idled just fine after a basic service and some fettling, according to the ad. In original condition, the M198 engine delivered 240 horsepower and 217 pound-feet of torque with mechanical fuel injection, plenty enough to get the 3,300-pound coupe roaring down the road. Top speed was a lofty 163 mph. 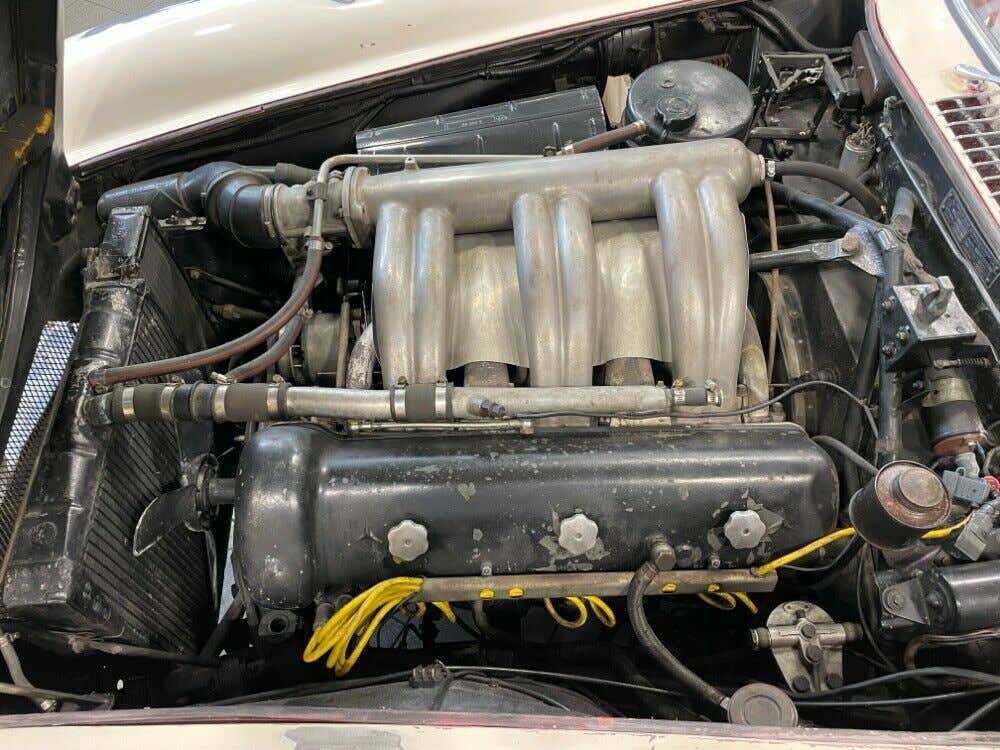 With an asking price of nearly $1.4 million in running condition, this California car ain’t cheap, but the 300SL is often up there amongst classics. With that said, we’ve seen cleaner Gullwings than this one sell for less. That was before the pandemic, however, and used car prices are kind of off the hook right now. 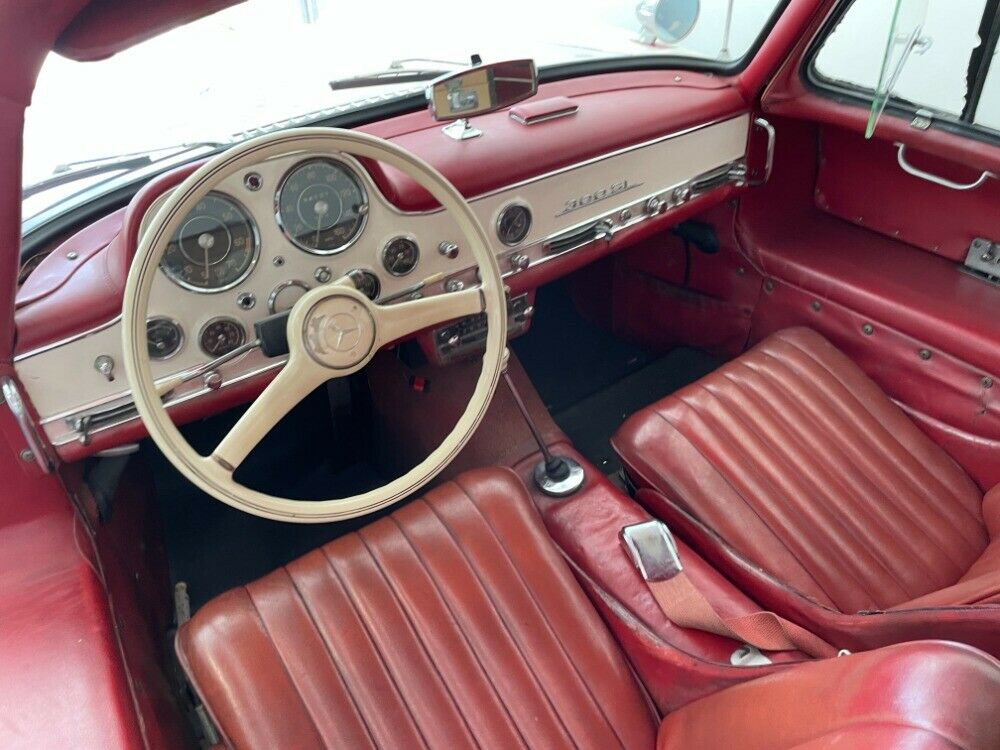 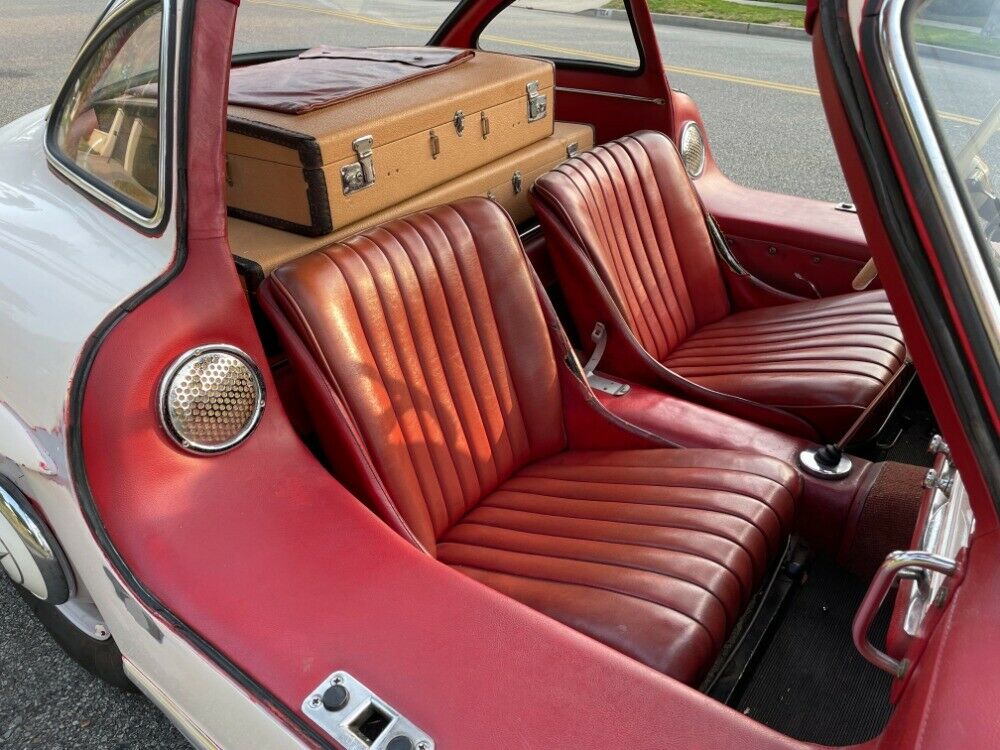 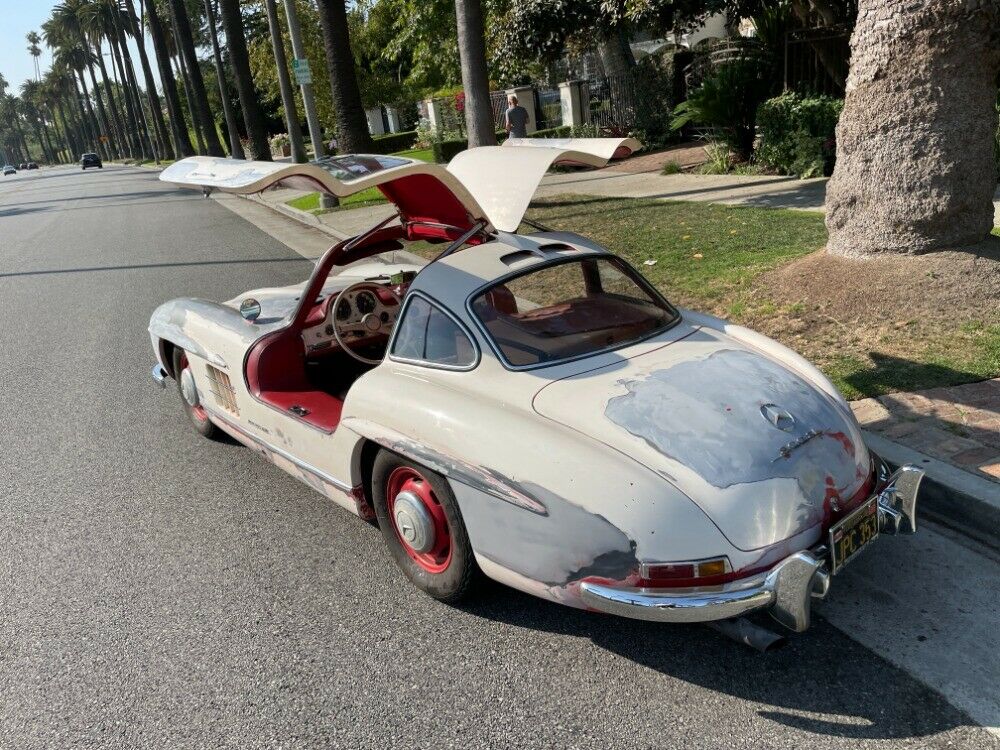 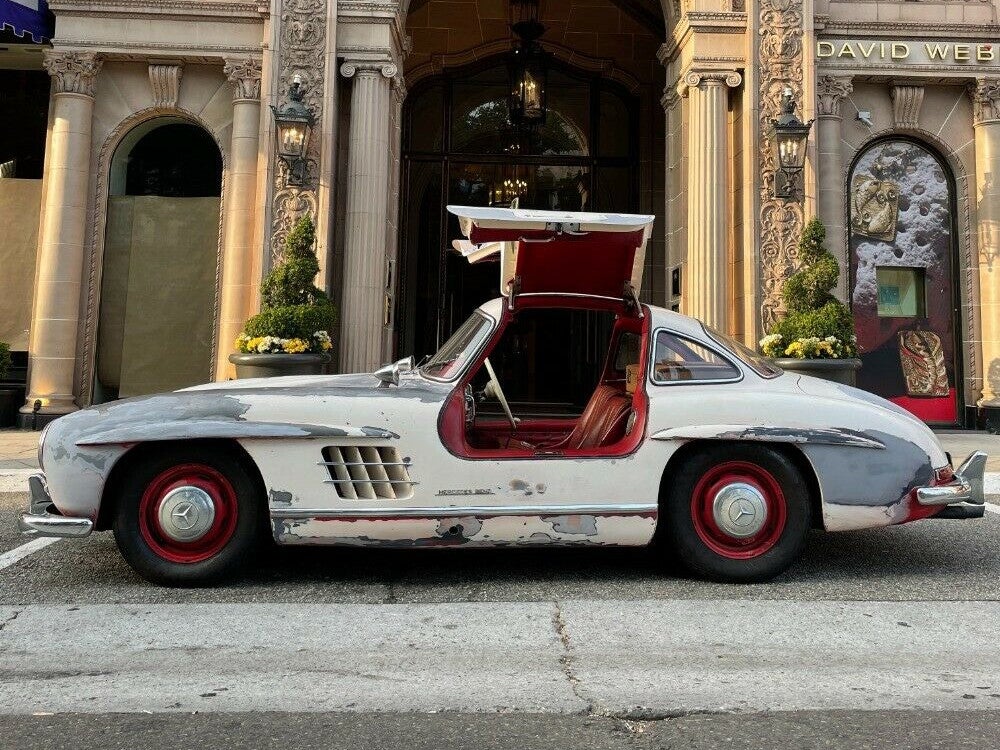 While you’d expect the car to look haggard with all that paint peeling off, this is one case where the patina actually kind of works. Plus, there’s something badass about cruising around in a Gullwing rat rod.

Would you restore the car to its gleaming original condition, or simply throw on a clear coat and rock it old-school? Let us know in the comments.