Bugatti Chiron Super Sport: A 1,578-HP Rocket That Focuses On Luxury and Comfort

Bugatti is the manufacturer of choice for those wishing to go very, very fast in a very comfortable car. It’s a strange and rare combination of ludicrous speed and high luxury, something which sets them apart from their more hardcore hypercar rivals. They’re also fond of a special edition…or five. Its latest effort is the Chiron Super Sport, a new variant of the existing model which aims to maximize those two characteristics to the exclusion of all else.

The vehicle shouldn’t be confused with the existing Chiron Super Sport 300+, a limited run of 30 cars based on the prototype which set a 304-mph speed record back in 2019. The Chiron Super Sport itself claims a top speed of 440km/h, or 273 mph, with several design changes over the base model Chiron to make driving at top speed as comfortable as possible. It’s intended as a contrast to the earlier Chiron Pur Sport, which focused on handling and downforce instead, sacrificing top speed to “just” 217 mph. 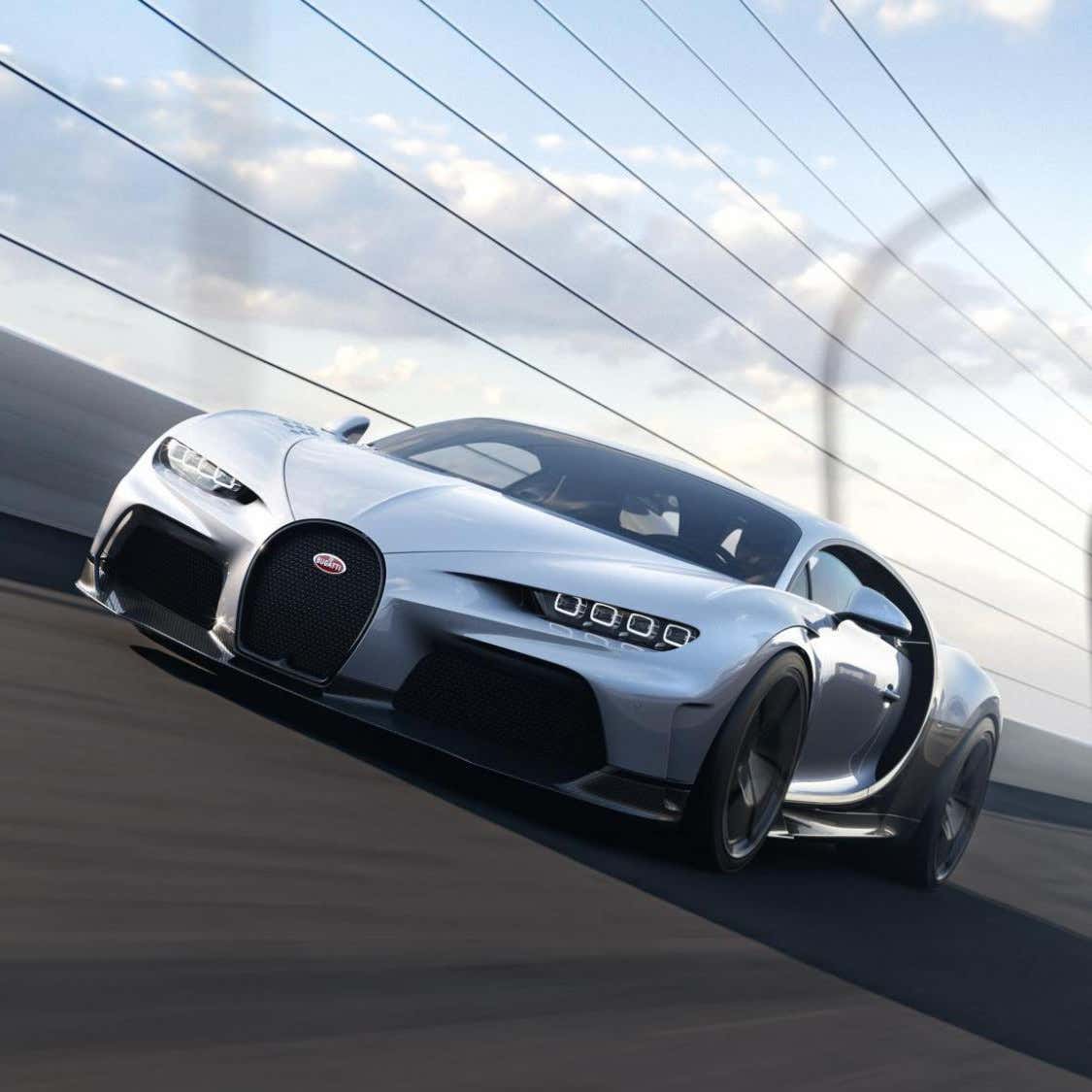 There are aerodynamic changes all over the car, which comes in 9.8 inches longer than the standard Chiron with the longtail design helping lower drag. The rear of the car is also key to these efforts, with the usual central exhaust outlet relocated in a vertically-stacked 2×2 configuration to enable the diffuser to generate as much downforce as possible.

This aids in top speed, as the improved diffuser can generate the required downforce to keep the car planted without creating as much drag as a typical rear wing would. The rear wing is still present on the Super Sport, but remains retracted when the vehicle is in Top Speed mode to cut the sleekest shape possible. 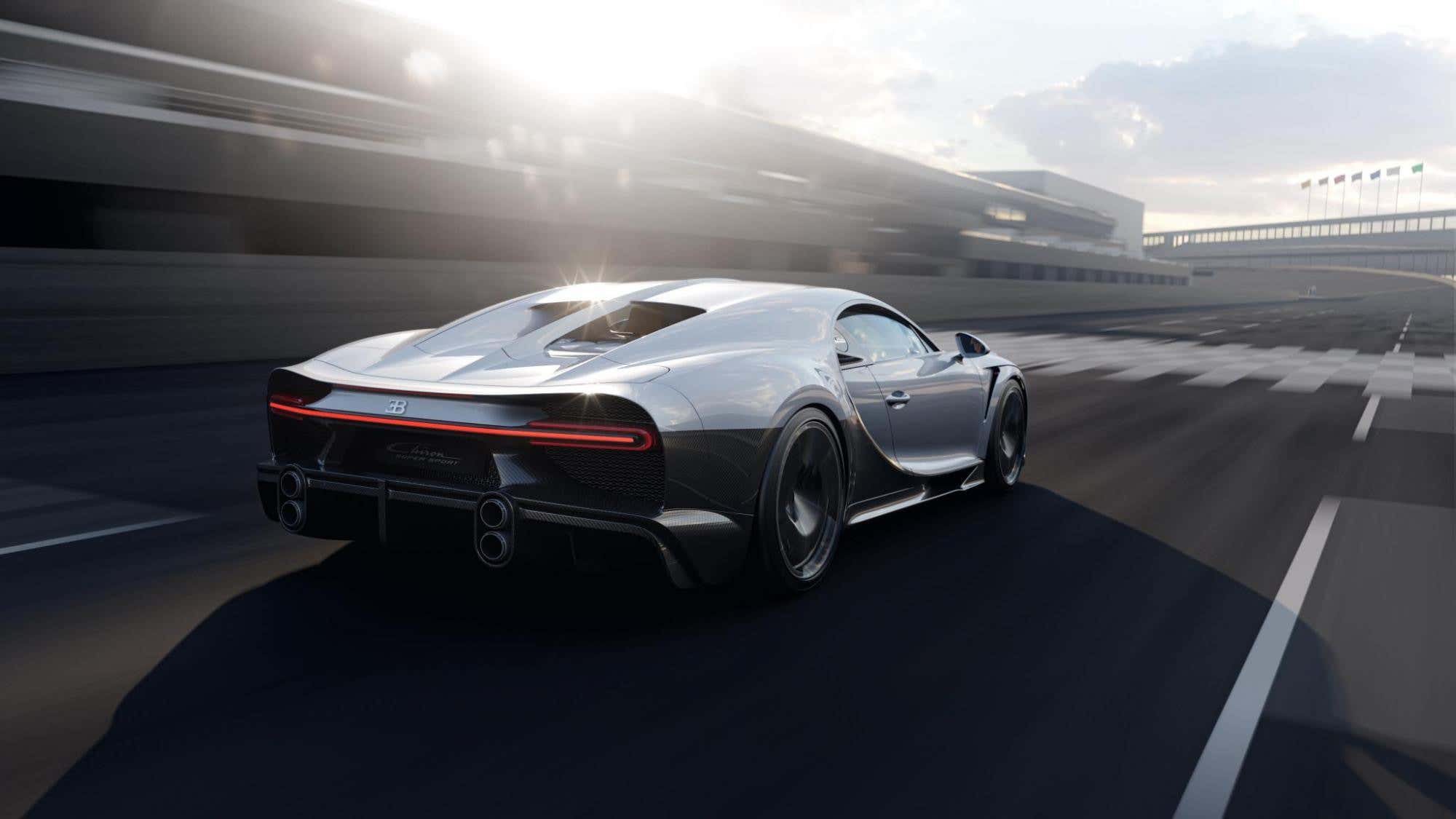 It’s the finer touches that help set the car apart from other Chiron models, with features like the vent holes on the front fender to reduce lift and the engine which is almost entirely covered in this model. Naturally, it also comes with a selection of wheels, some of which are exclusive to the Super Sport and shod in Michelin Pilot Sport Cup 2 tires.

Rated for up to 500 km/h (310 mph), each tire is subject to X-ray inspection post-production to ensure it is free of defects prior to fitting on the car. Significant engineering effort was also expended on the steering and suspension of the car to make it stable and easy to drive over 400km/h (249 mph). Springs are stiffer and dampers fettled to dial in the handling, with electronic stability systems retuned to suit the car’s dynamics. 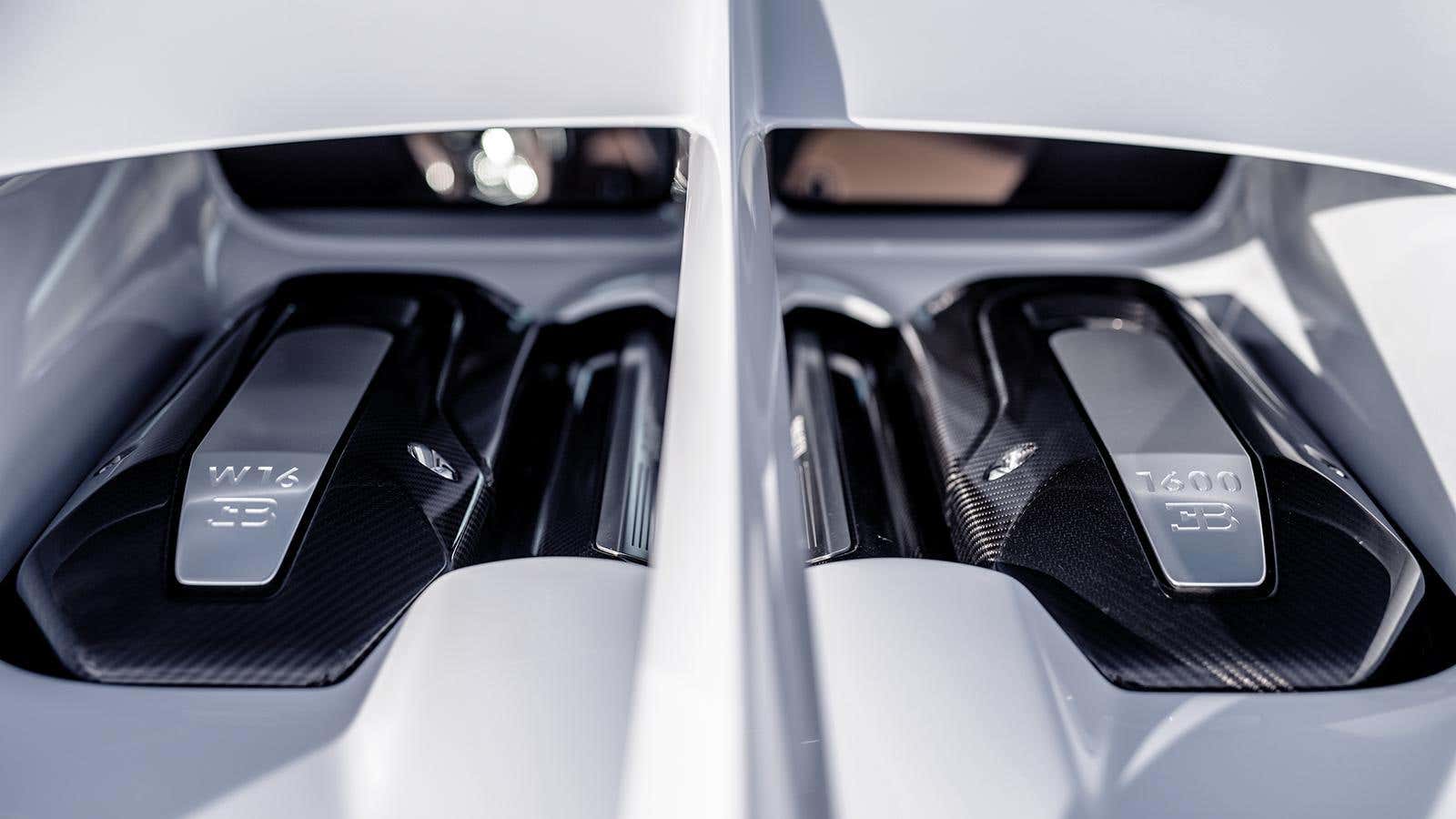 The engine is uprated by 100 horsepower over the base model, with the quad-turbo 8.0 liter W16 producing 1,578 horsepower, helping the Super Sport punch through the air and reach that higher top speed. Engineers made changes to the turbochargers, oil pump, and cylinder head in the quest for more power, also raising the rev limiter by 300 rpm, up to 7,100 rpm. The transmission also saw modifications with longer gearing, with the Super Sport shifting into seventh gear at 403 km/h (251 mph) when going all out. 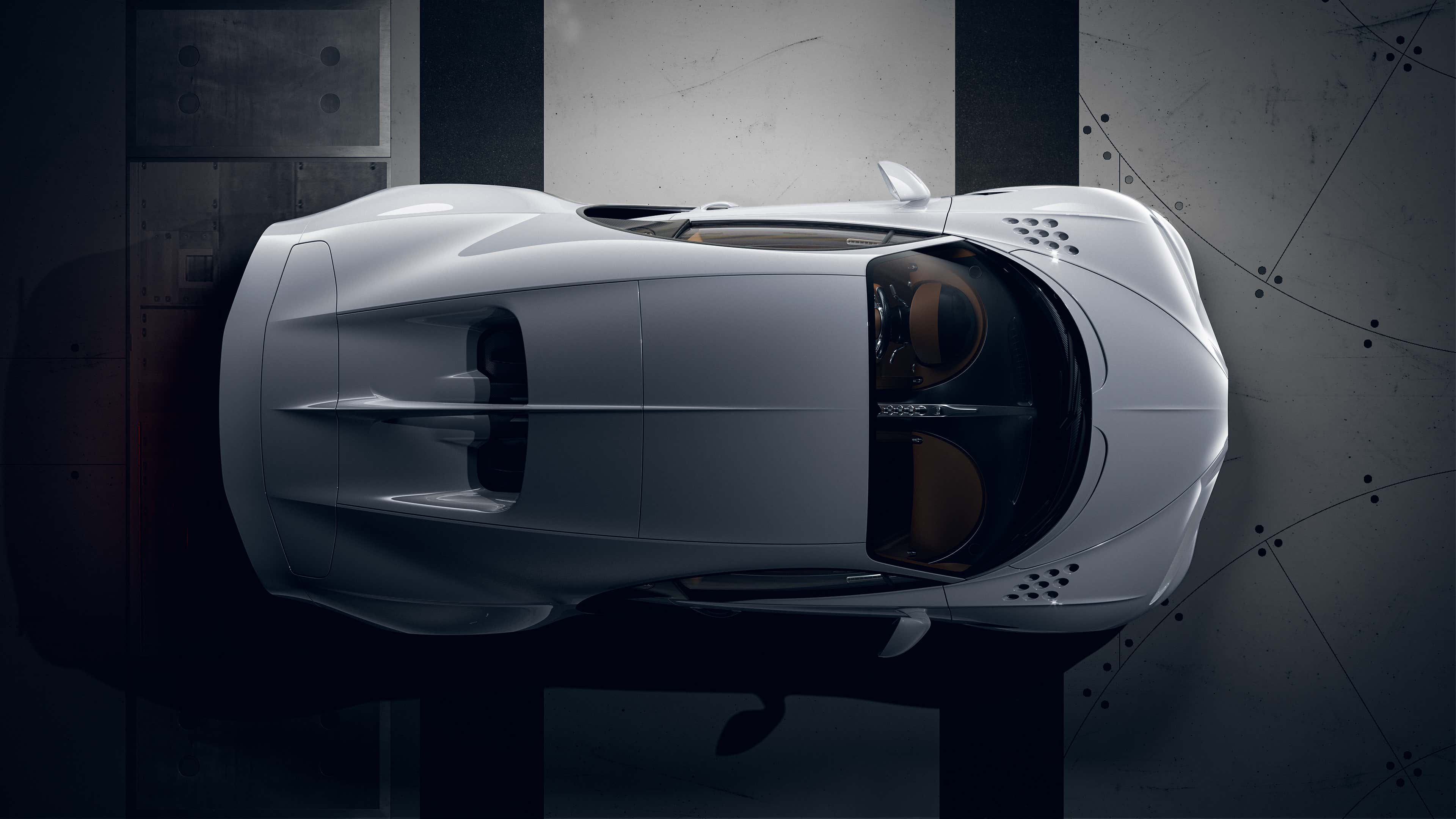 Of course, it bears noting that there aren’t a whole lot of places to actually do over that kind of speed, the Nurburgring’s main straight is one of the few places you might touch the car’s top speed. It’s more about having the capability than actually using it, we suspect.

Regardless, if you must have the extra bit of top speed over and above the base model Chiron, the Super Sport might just be the car for you. It’ll set you back roughly $3.9 million, around $900,000 more than the standard model. That’s only $45,000 for each additional kilometer an hour, but who’s counting? We’ll take eight.