The Polo GT TSI returned an average fuel efficiency figure of 15.5 km/l throughout the massive trip.

BHPian anshumandun recently shared this with other enthusiasts.

As with a lot of people who love automobiles, I had this yearning of driving or riding to Leh from Bangalore for a few years. But again as with a lot of people, this plan didn’t materialize for several years. But this year, when it was least expected due to the pandemic, it actually happened. A lot of things fell into place themselves and believe me or not, the plan was made 1 week before the trip. So before you doze off, let us get to some interesting stuff.

The Journey with Overnight Stops:

And most importantly, the weapon of choice – Volkswagen Polo GT TSI (2016 model, 72000 km on the odometer [at the start of journey], 1.2 TSI with DSG). Why GT TSI? Because I asked around what’s the best car to do a trip to Leh and the answer I liked the most: The car in your garage!

Every other day was less than 10 hours of driving.

Why Ujjain and Udaipur? As I told that several things fell into place for this trip to happen, one of those things was an official trip to Udaipur. It sowed the seed of an opportunity to do a road trip in Rajasthan which eventually evolved into a bigger plan of doing a Leh trip. It also gave me a 2 days break in Udaipur which was a good time to recharge my energy for the long drive.

Engineering Marvels: 2 tunnels en route from Udhampur to Srinagar. Chenani Nashri Tunnel and Jawahar Tunnel. Both are around 9kms long each. Each cuts the driving distance by about 45 mins to 1 hour. Another tunnel is under construction that will avoid Zojila Pass (Srinagar to Kargil route). Hats off to the army and engineers who are making the seemingly impossible task possible.

Road conditions: 90% of roads are decent to good condition. The best road condition is from Kargil to Leh! Yes, you read that right. Kudos to BRO (Border Roads Organization). It’s like a high altitude race track and I had good fun driving the GT on the roads it’s designed to be driven on. The landscape, however, will slow you down like crazy. You can’t drive for more than 15 minutes before taking a stop, getting down and absorbing the beauty around you.

Around a 10 km patch near Zojila pass was quite bad. Almost non-existent roads but no problem for the GT as potholes were not deep.

Around 40 km patch near Changla Pass (Leh to Pangong route) was super bad. The only time I regretted bringing the GT. All Xylos and Innovas were cruising past, those cars are really abused friendly but their occupants were not. Nauseating passengers were everywhere. Mechanical empathy made me drive real slow but the GT did not complain much. The short wheelbase and firm suspension assured that ground scraping was minimal.

GT Performance: Flawless! So thankful that there was no problem at all with the car during the entire trip.
Automatic transmission was a boon on long driving days.

Cruise Control: Was extremely useful. I had figured out in the first 3 days that I need to drive slow if I want to drive for long so cruise control at 90 km/h was my friend every day.
High altitude changed the car performance drastically. The car was idling at ~1200 RPM and there was MASSIVE turbo lag till 2000 RPM due to thin air. Sports mode helped things by keeping the RPMs high.

Landscape: Mindblowing! I won’t write much. I will just say that everyone in India who loves travelling and nature OUGHT to experience the sheer beauty of the Himalayas. It’s like nothing else I’ve ever experienced. The drive from Srinagar to Leh is 400 km but we broke it down to 200kms each for 2 days. Srinagar to Kargil (200kms) and then Kargil to Leh (200kms). We took 8-9 hours for 200 km because each turn brings about a new view that will just blow you away and you can’t help but stop and adore the jaw-dropping beauty. DO THIS DRIVE if you haven’t yet. Srinagar to Leh!

Kashmir Situation: Thankfully all was peaceful for the days we were there but the tension in the air could be felt, more so because of the heavy army deployment all throughout the route. Soldiers surely have a difficult life standing alert with their guns out all through the highway. It’s as if they are anticipating an attack every second! And then all the civilian vehicles were made to pull up to the side of the highway whenever an army convoy came around which made the journey time quite long. Feel sad for the local people who have to live their lives in such a tense environment every day.

Respect for Army: BRO has done an extraordinary job of making and maintaining the roads in one of the most treacherous terrains. Extreme temperatures, extreme rainfall, extreme snow, heavy vehicle movement and YET not a single pothole in the majority of the BRO maintained route. Kudos!

Army has base camps in high altitude regions which see negative 30C temperatures and are covered in snow for months. I live a safe life because they are doing their job with full commitment. I don’t have words to express my gratitude to them!

Start of the drive: somewhere in Maharashtra The view around Udaipur from Sajjangarh Monsoon Fort: Entering the Kashmir valley. I stopped to take this picture but an Army personnel told me to leave immediately. No stopping is allowed on this highway. Srinagar to Kargil. The heavenly route starts from here! 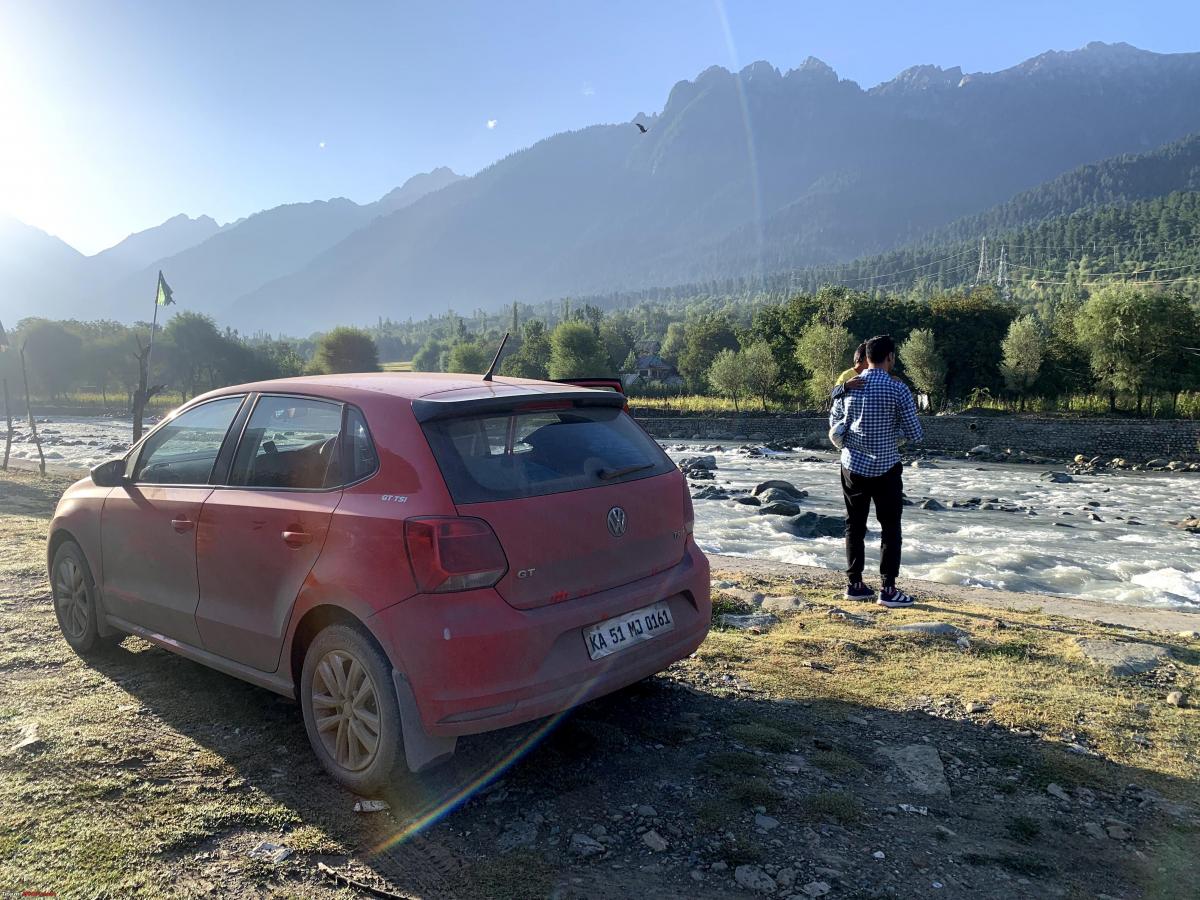 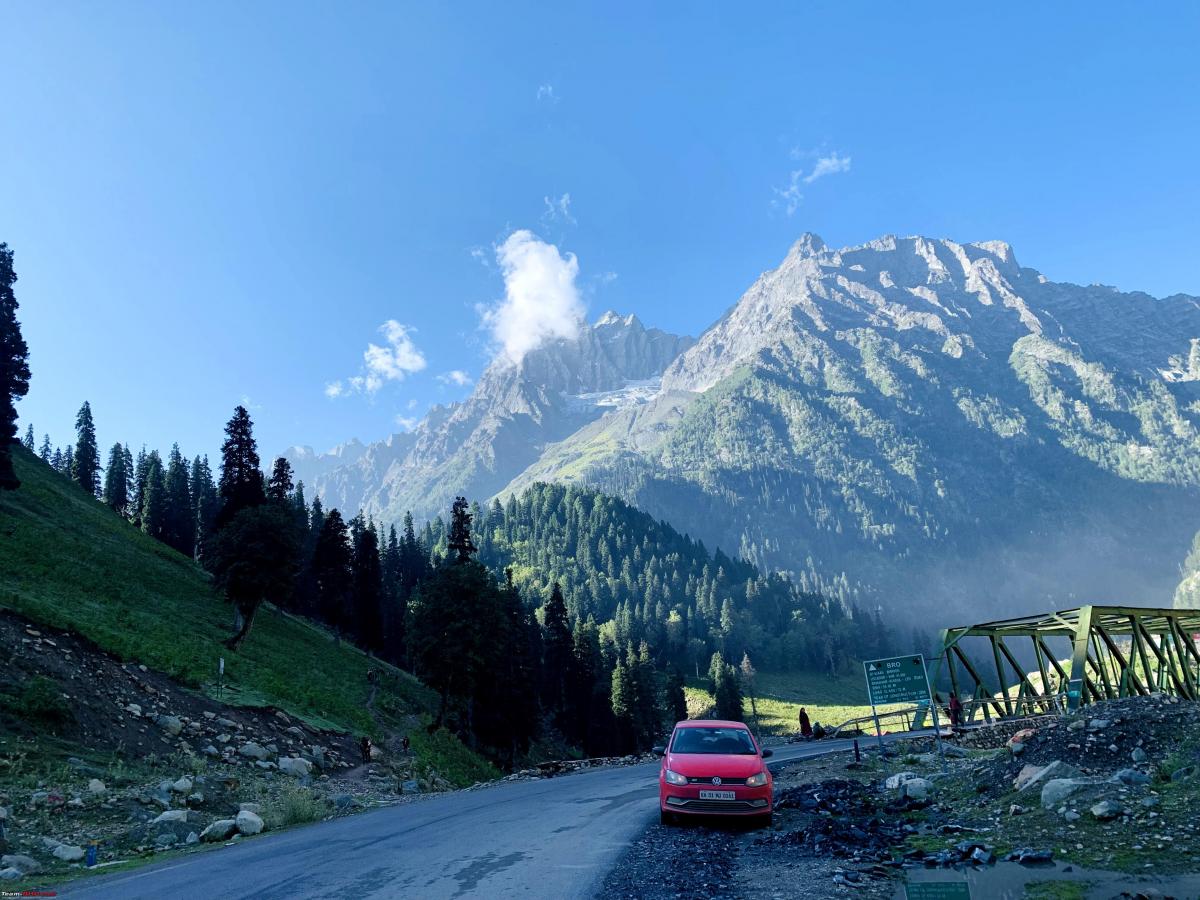 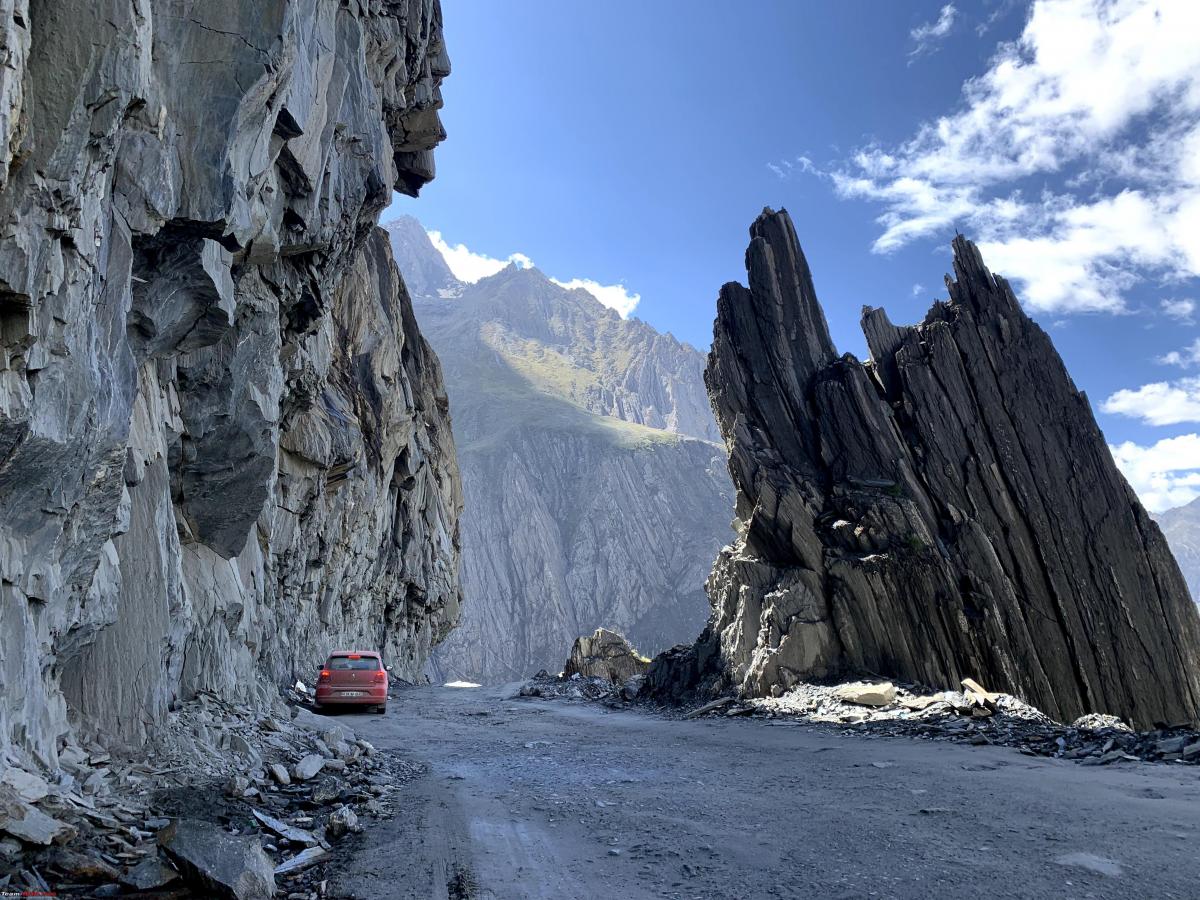 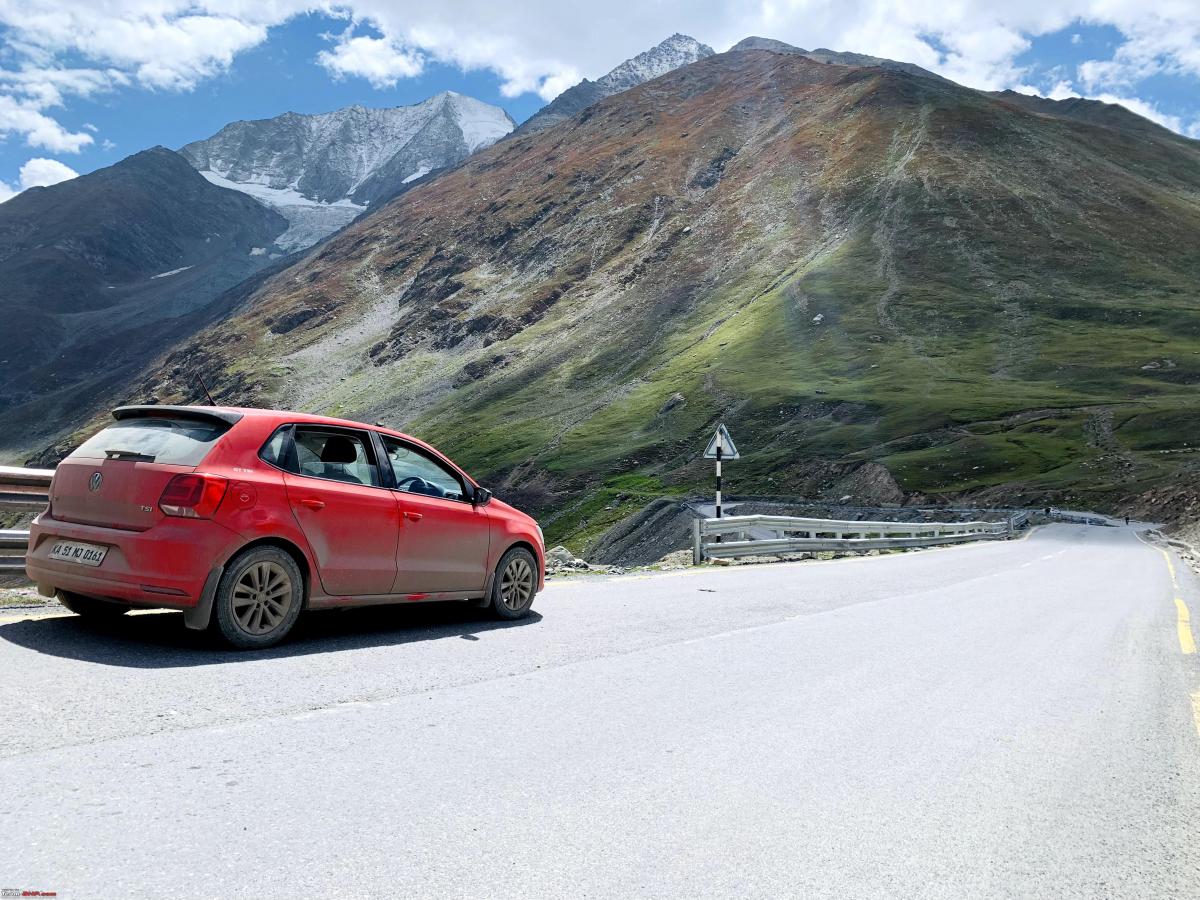 Kargil to Leh. The Cold Desert. 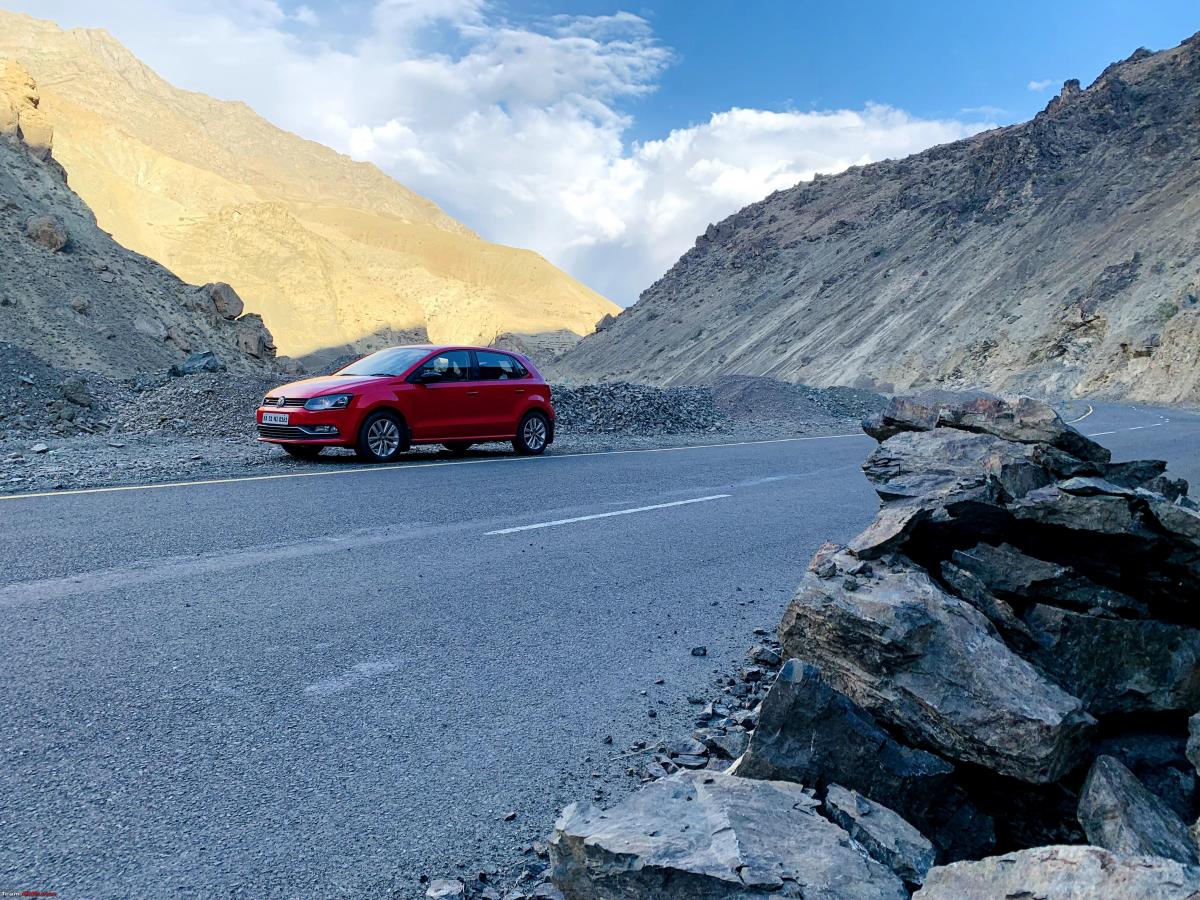 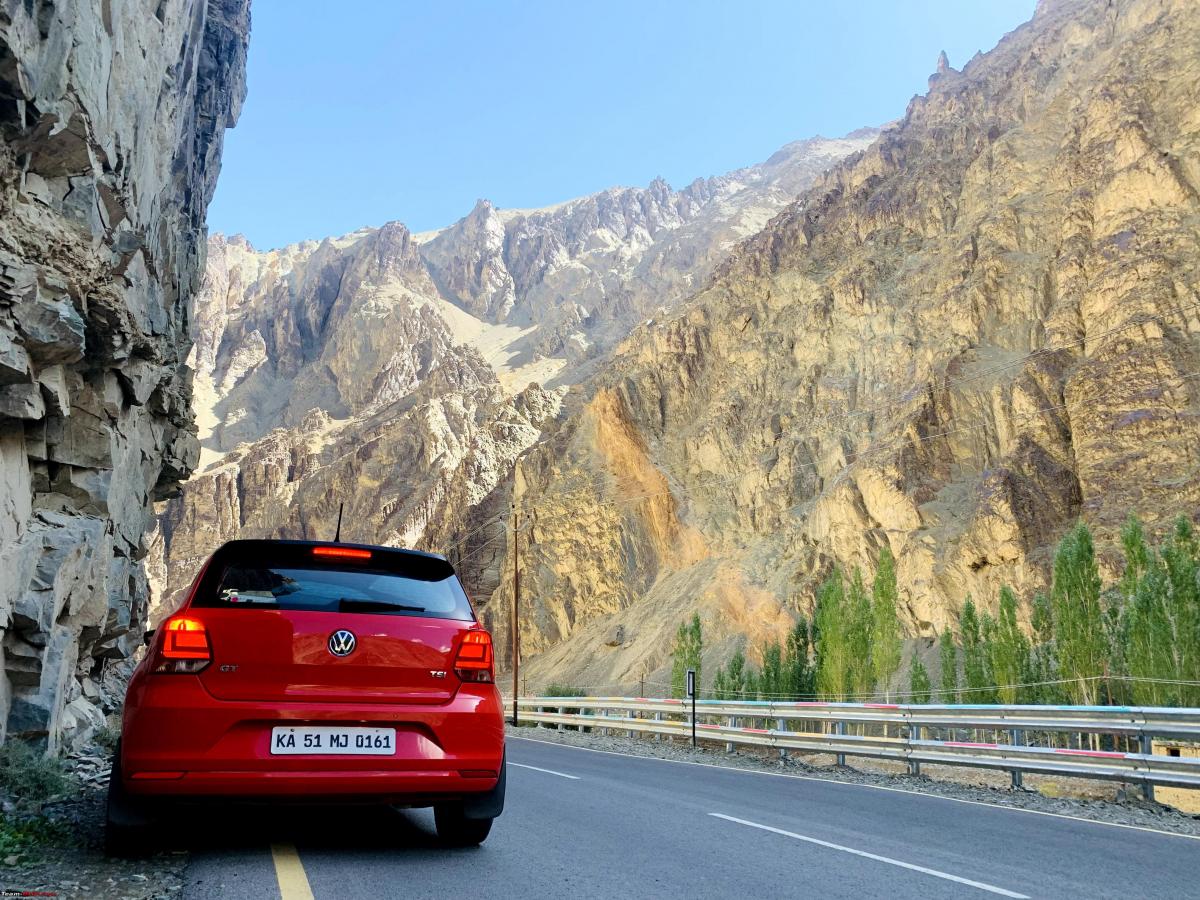 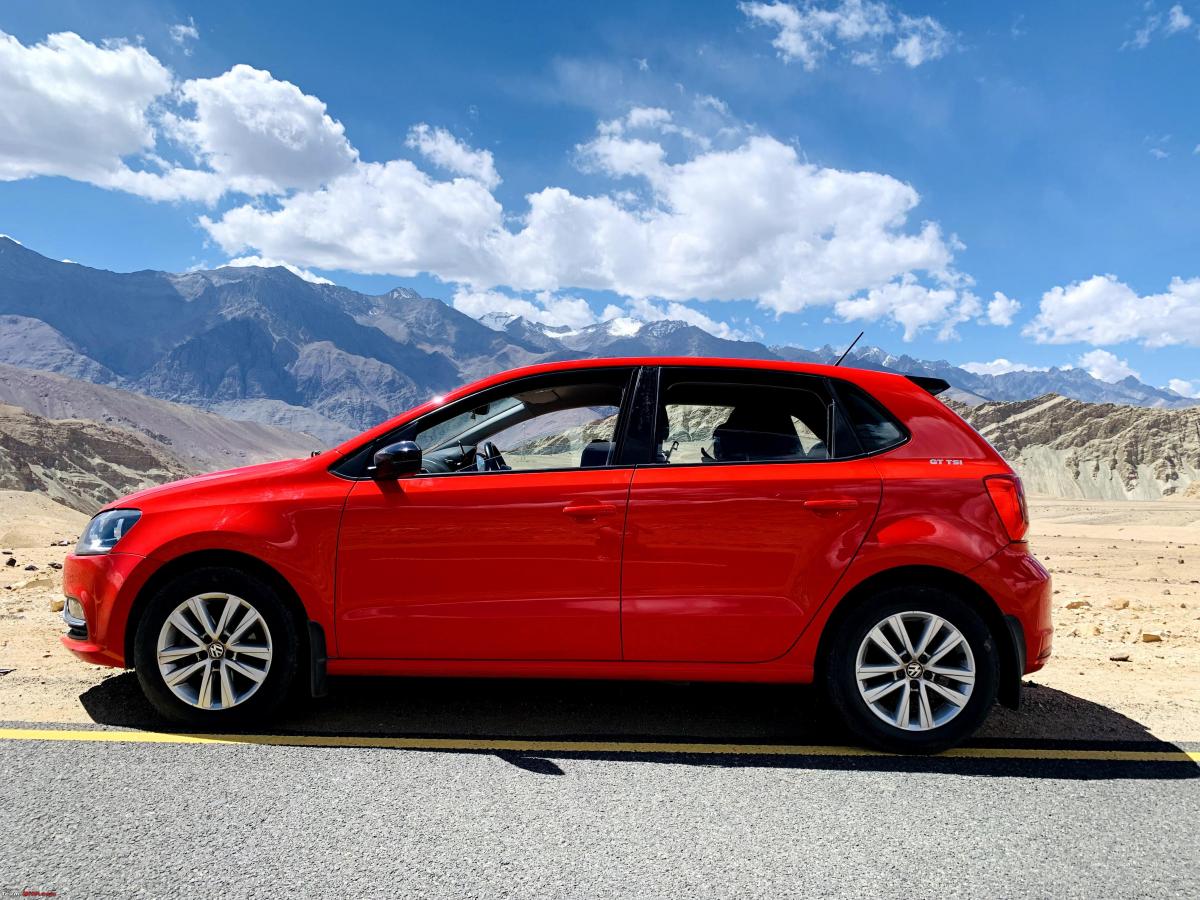