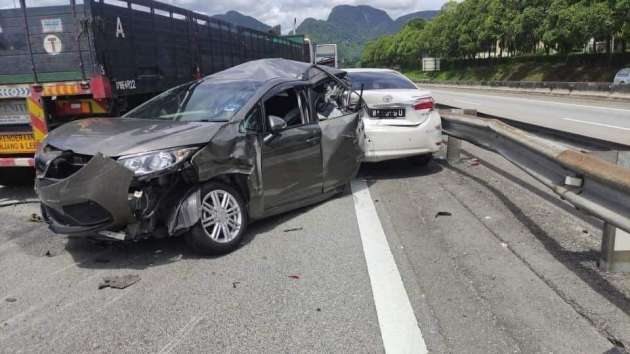 Statistics released by the police have revealed that a total of 402,626 road accidents were recorded in Malaysia from January to September this year, resulting in 4,379 fatalities. This is a jump from the 255,532 road accidents from the same period last year, in which 3,324 deaths were recorded.

The numbers for the first nine month of 2022 year represents a 58% increase (or 147,094) in accident cases over that in 2021, while the death toll increased by nearly 32% (or 1,055 fatalities). There was no breakdown of the statistics by state and the vehicles involved in the data, which was furnished in a statement by the road transport department (JPJ).

While the numbers are telling, it is also worth noting that there was less traffic movement across the country at certain points last year due to movement control orders and restrictions being implemented during the pandemic, possibly contributing to less mishaps occuring.

In addition to the action taken by police to monitor compliance with traffic laws, the department said it would be continuing with its own enforcement operations and also in its efforts to advocate road safety in a bid to reduce the rate of accidents and deaths.