When Ram revealed the 702-horsepower, Hellcat-hearted TRX, it unquestionably turned the performance pickup Cold War into a super-truck showdown. Ford will be the first to return fire by the looks of things, preparing a supercharged, Shelby-powered V8 Raptor to launch at Ram’s finest. GM, however, is the Switzerland of this conflict, as a new report indicates the upcoming 2023 Chevy Silverado ZR2 will opt out of the horsepower war with a basic V8 and instead focus on bringing the Colorado ZR2’s technical off-roading chops to a full-size pickup.

This development comes via Muscle Cars & Trucks, which reports the 2023 Chevrolet Silverado ZR2’s engine will be GM’s standby V8, the naturally-aspirated 6.2-liter unit. Its 420 horsepower and 460 pound-feet of torque also don’t measure up to the rumored low-power Raptor and TRX variants, which recent reports suggest could land in the 500-horsepower neighborhood. 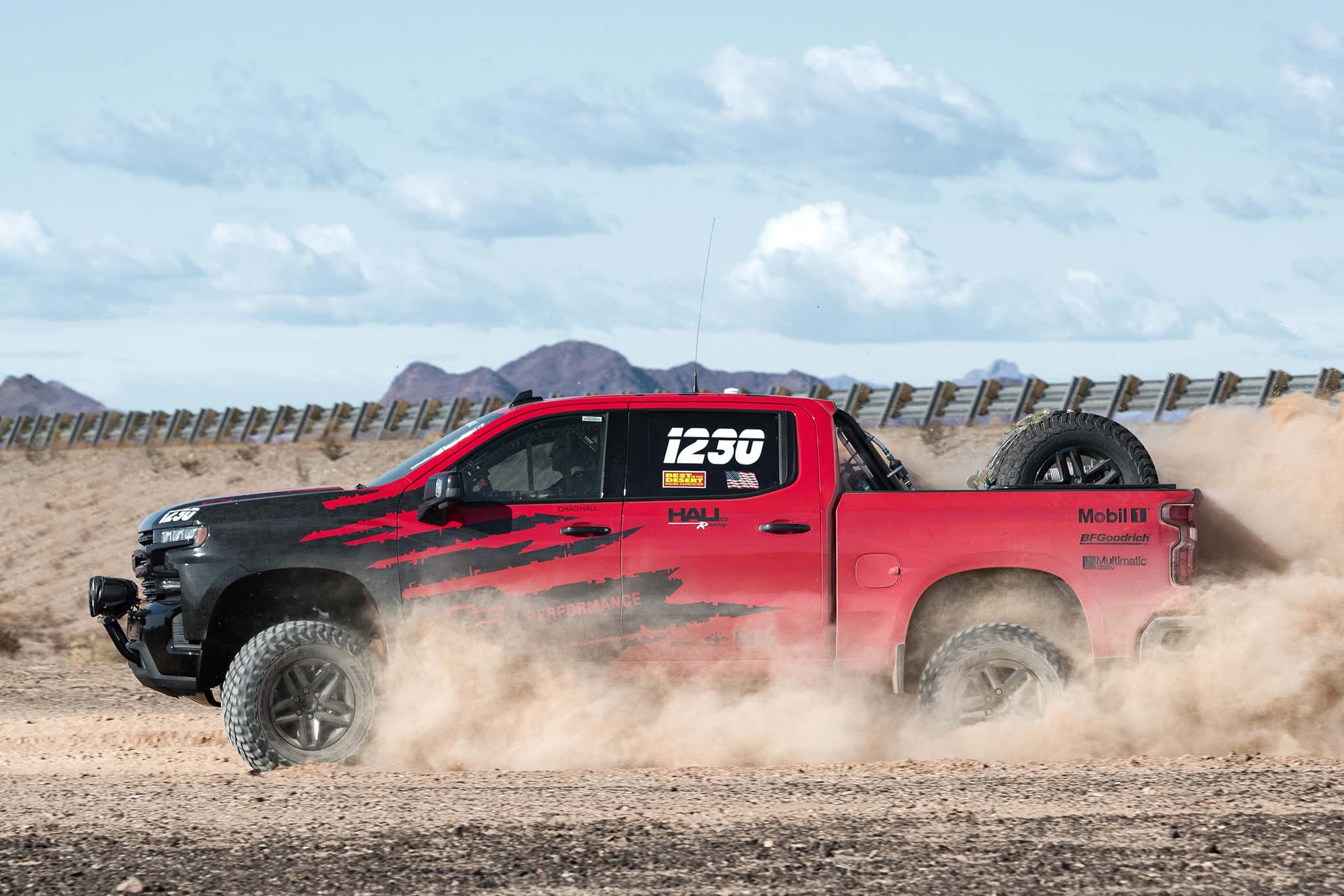 This is probably disappointing to some folks, and it certainly will cede a lot of attention to Ford and Ram when the inevitable flood of 700+ hp super-truck comparison reviews hit the internet next year. There was talk of a Silverado possibly getting the 6.2-liter, 650-horsepower LT4 from the Camaro ZL1 1LE, though its status has been cloudy all year. This report indicates GM finally nailed the coffin closed there. MC&T also states that the 3.0-liter Duramax diesel won’t be available either, given the packaging constraints of the ZR2’s planned high-clearance front fascia design.

Still, there’s some big news here in Chevy’s apparent plans to give the Silverado ZR2 the same Multimatic DSSV dampers used on the Colorado ZR2, which remains a ludicrously capable midsize pickup. The big ZR2 will also keep locking differentials on both axles; locking front axles are rare on full-size trucks. 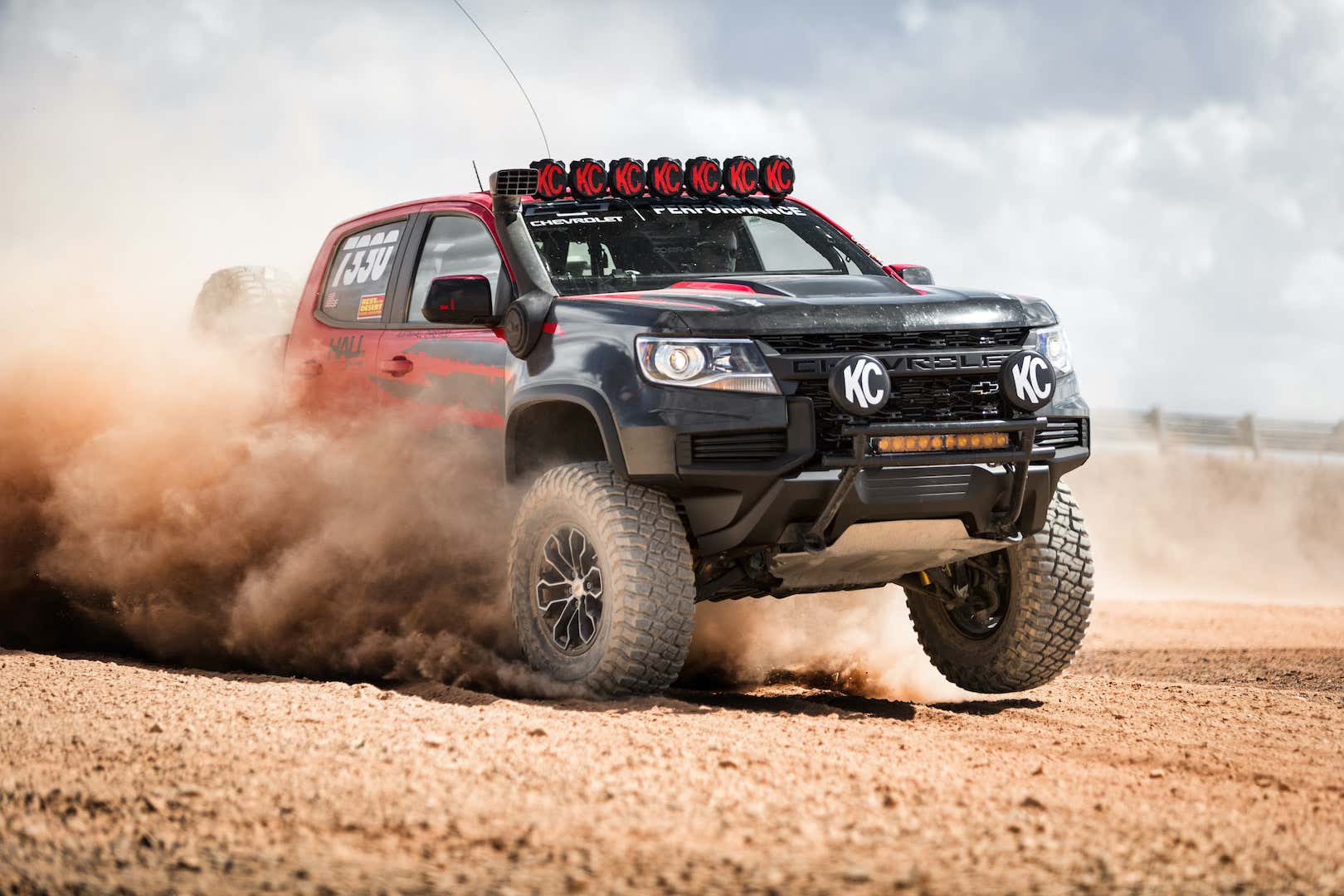 GM reportedly first planned the ZR2’s launch for the 2022 model year, though its arrival has reportedly been delayed til model year 2023. This is said to be down to company-wide development freezes, which GM enacted to shore up cash amidst an uncertain economy. Now that production has inched back toward normalcy, however, and Americans are back to buying pickup trucks by the bajillions, ZR2 development seems to be back on track—hopefully with that supercharged LT4 on the table, but don’t hold your breath.

Related posts:
NHRA Mello Yello Drag Racing Series Unveils Final, Final, Final Revised Schedule for 2020
2020 Honda CBR250RR in Malaysia by November – paultan.org
Best News
This Tesla Family Is Very Thankful For Thanksgiving
11/26/2020
FBI: No crime committed as ‘noose’ rope was there in 2019
06/23/2020
Why VW Pulled The Plug On A 400bhp VR6 Arteon R
06/23/2020
2021 Kia Grand Carnival breaks cover – solid looker! – paultan.org
06/24/2020
New Volkswagen Arteon Shooting Brake arrives as part of facelifted line-up
06/24/2020
Recent Posts
This website uses cookies to improve your user experience and to provide you with advertisements that are relevant to your interests. By continuing to browse the site you are agreeing to our use of cookies.Ok