Glamorous, famous, and maybe even alluring. That’s how you ought to feel while cruising down a posh, seaside boulevard in a luxury convertible. Y’know, the sun is shining, the wind is blowing, and you can feel everyone’s stares as you roll on by. The jealousy radiating from passersby is palpable. People point and murmur as an obviously famous person behind the wheel—wearing a Cartier scarf and Chanel oversized sunglasses nonetheless—makes their way to Starbucks for their morning chai latte (with oat milk, of course). The luxury convertible in this grandiose scene is the all-new, 2022 Mercedes-AMG SL, and the person behind the wheel is me.

It was an early morning in Newport Beach, California. The sky was a velvety red with a dash of purple as it disappeared into the Pacific Ocean. The seagulls were busy catching their breakfast and, miraculously, traffic was light. The Sun Yellow Mercedes dashed through the sleepy beach town, acting as interim sunshine and rewarding me with an unlimited amount of headroom. The chilly breeze slipped into the cabin while a headrest-mounted vent fought to keep me warm by blowing 73-degree air onto the back of my neck. (Mercedes calls this the Airscarf. It’s aptly named.)

Did I feel glamorous? A bit. Famous? Mostly jet-lagged. Alluring? Wouldn’t you like to know? And while you might hate me for undoing that beautiful picture I painted above, I should tell you that I was wearing Ralph Lauren and Ray-Bans, not Cartier and Chanels. Sorry. 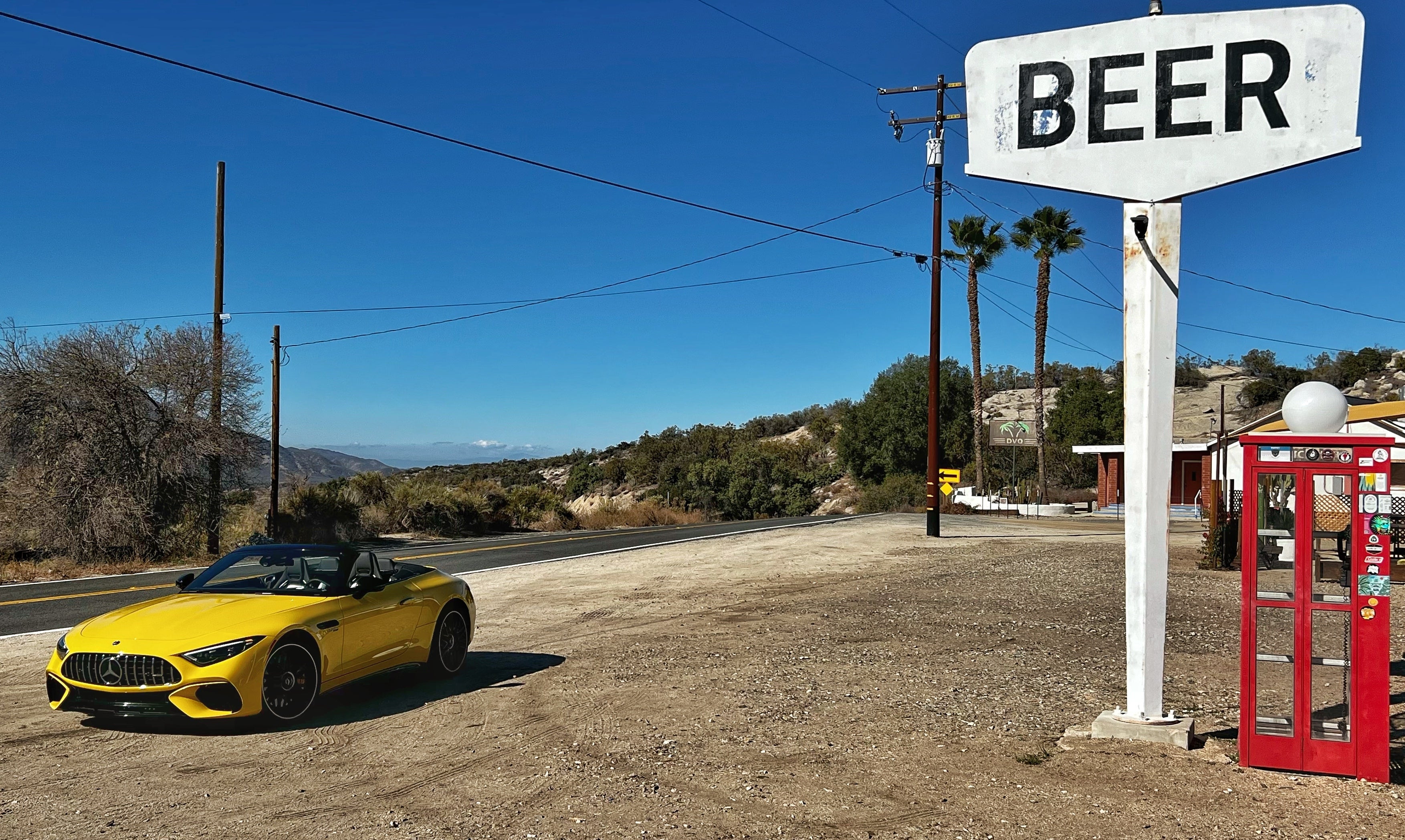 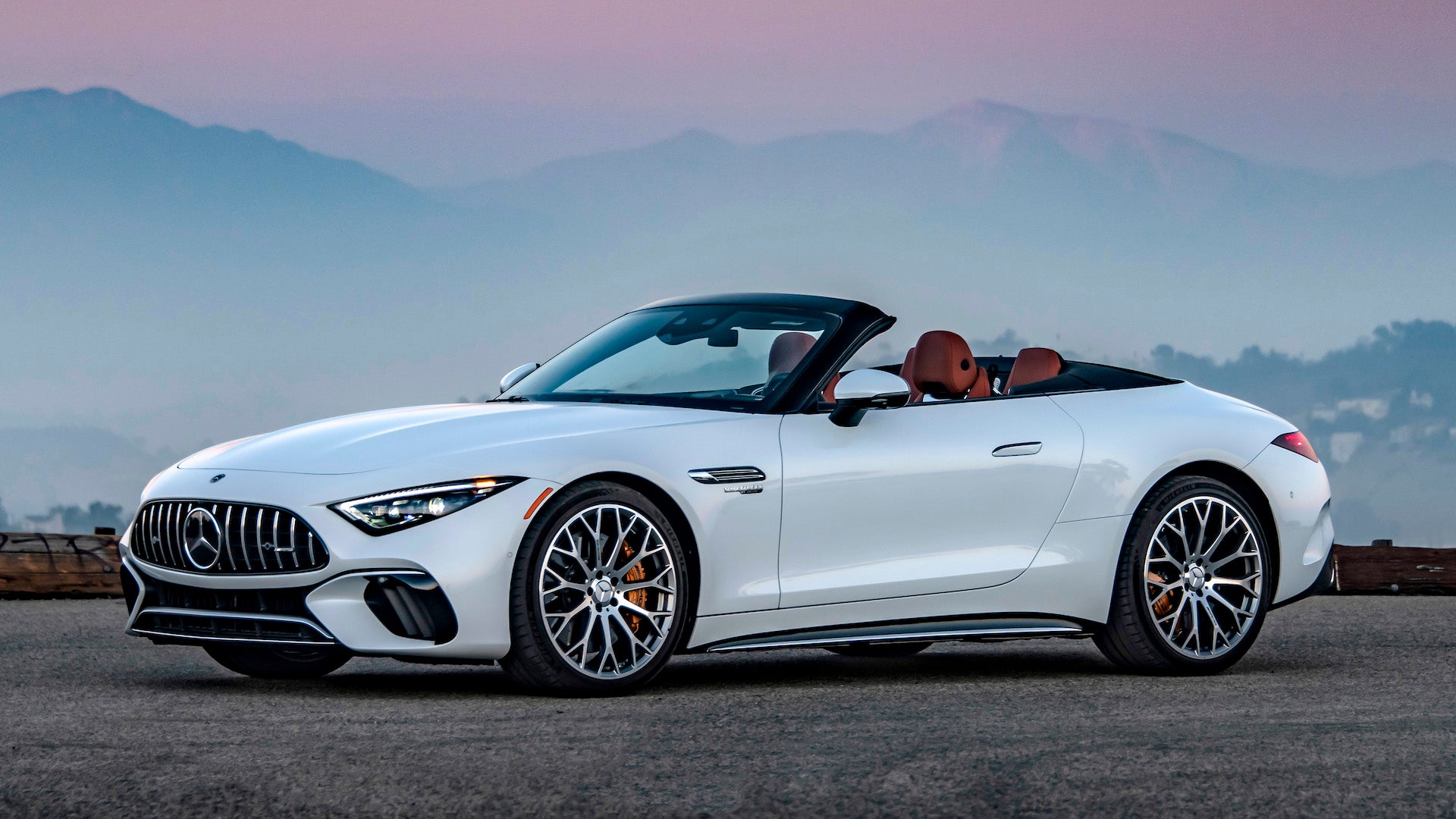 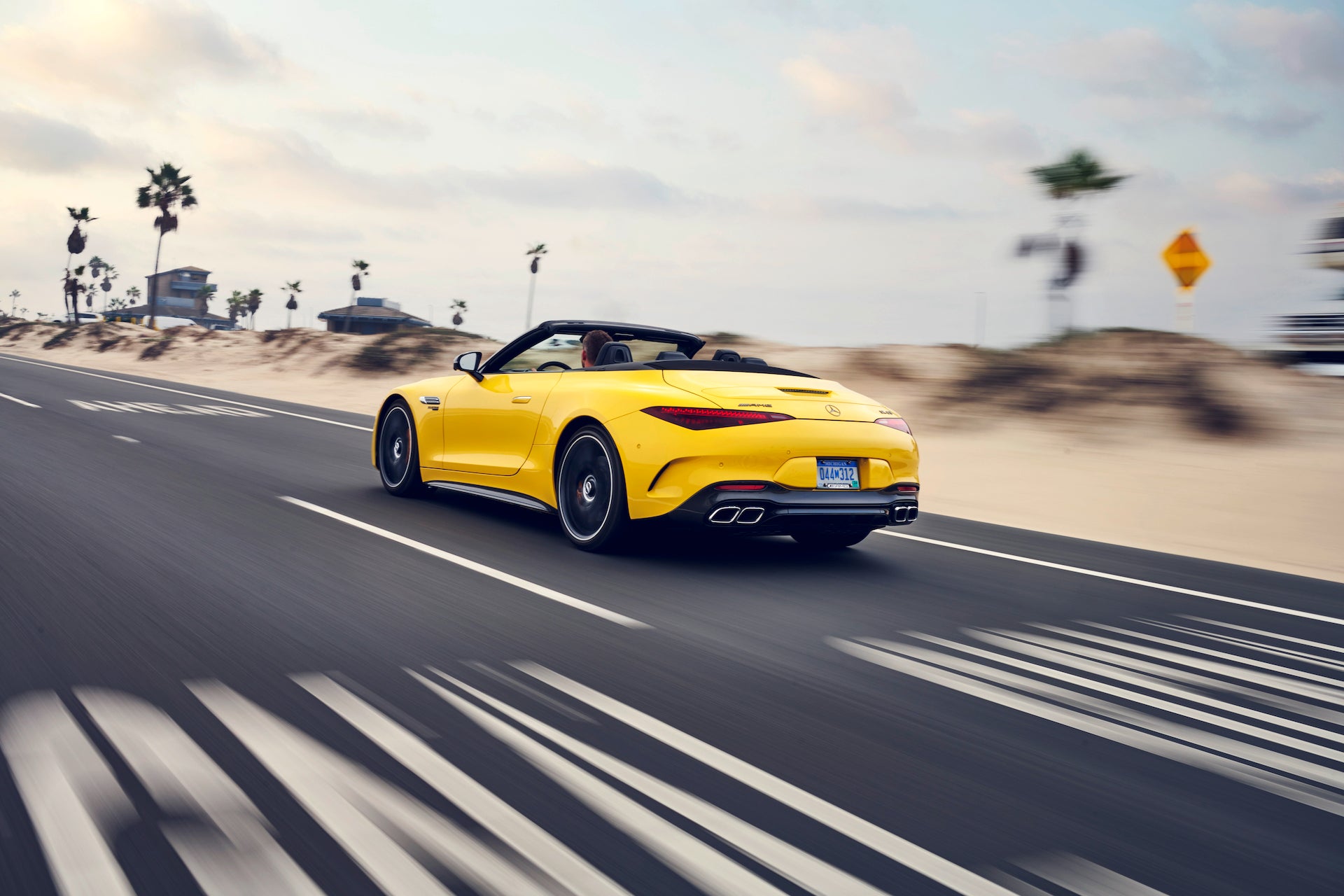 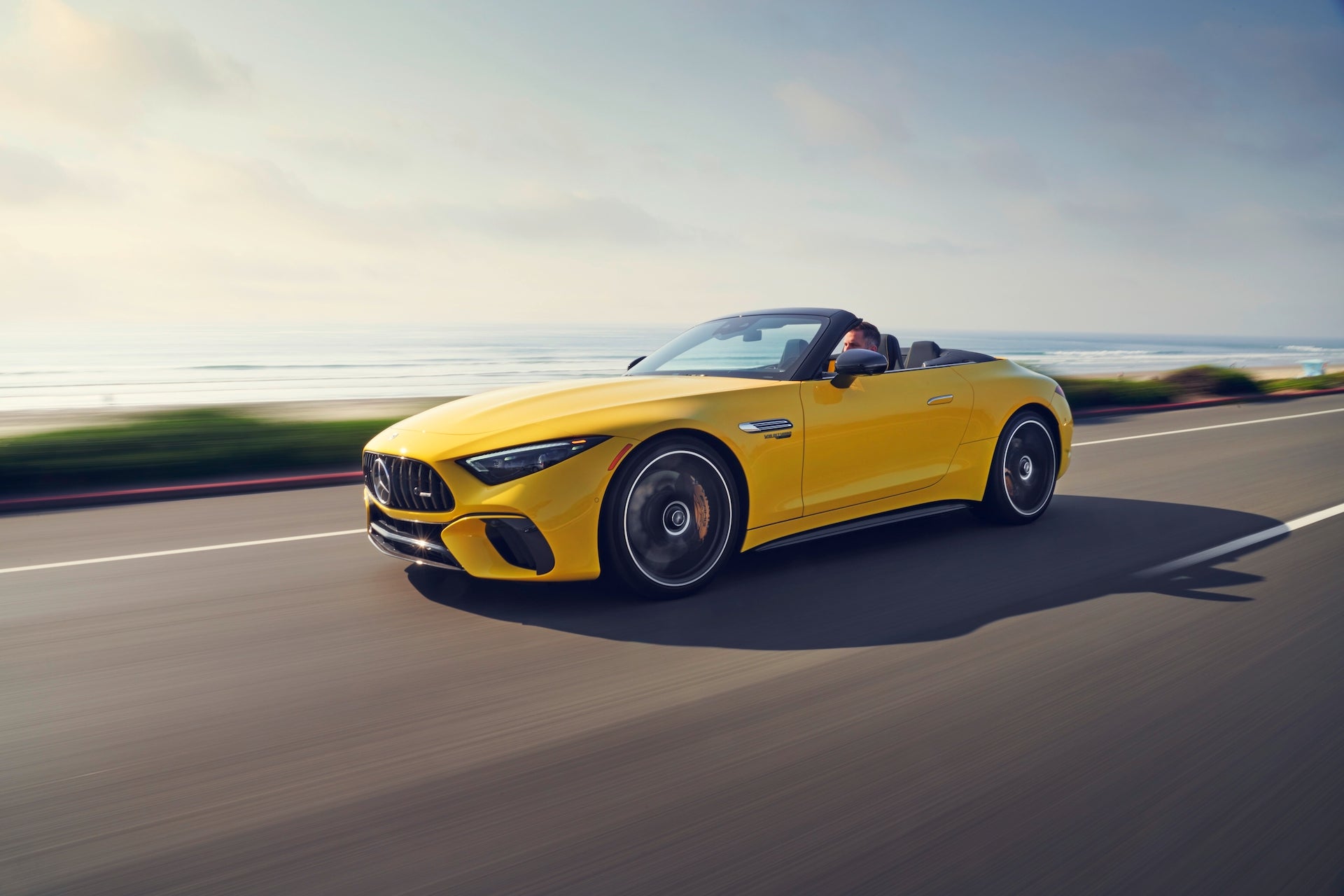 But regardless of where you are or what you’re wearing, driving a luxurious European convertible like the SL should make you feel extremely special. Owning a $100,000-plus car with this kind of panache should help you impersonate a diva or playboy en route to Palm Springs for a weekend full of captivating encounters and cocktail parties. It should make others want to be you. Or at the very least, make them wish they were in one of the other three seats around you.

Does the all-new 2022 Mercedes SL55 and SL63 pull that off? I went to these very glamorous places; Newport Beach and Palm Springs, to find out.