Mazda isn’t exactly known for its off-roaders, but that won’t keep it from trying new things. On the way for 2022 is Mazda’s new CX-50, a strikingly smart-looking compact SUV that might not be the most rugged thing on the trail, but it’s trying its best, okay?

The Japanese automaker’s cars are known widely for their driving dynamics; even its small crossovers prove to be engaging on the road, which is welcomed by anyone who actually likes to drive. Now, Mazda is branching out to some rougher terrain with the CX-50 because anything and everything is going off-road these days. 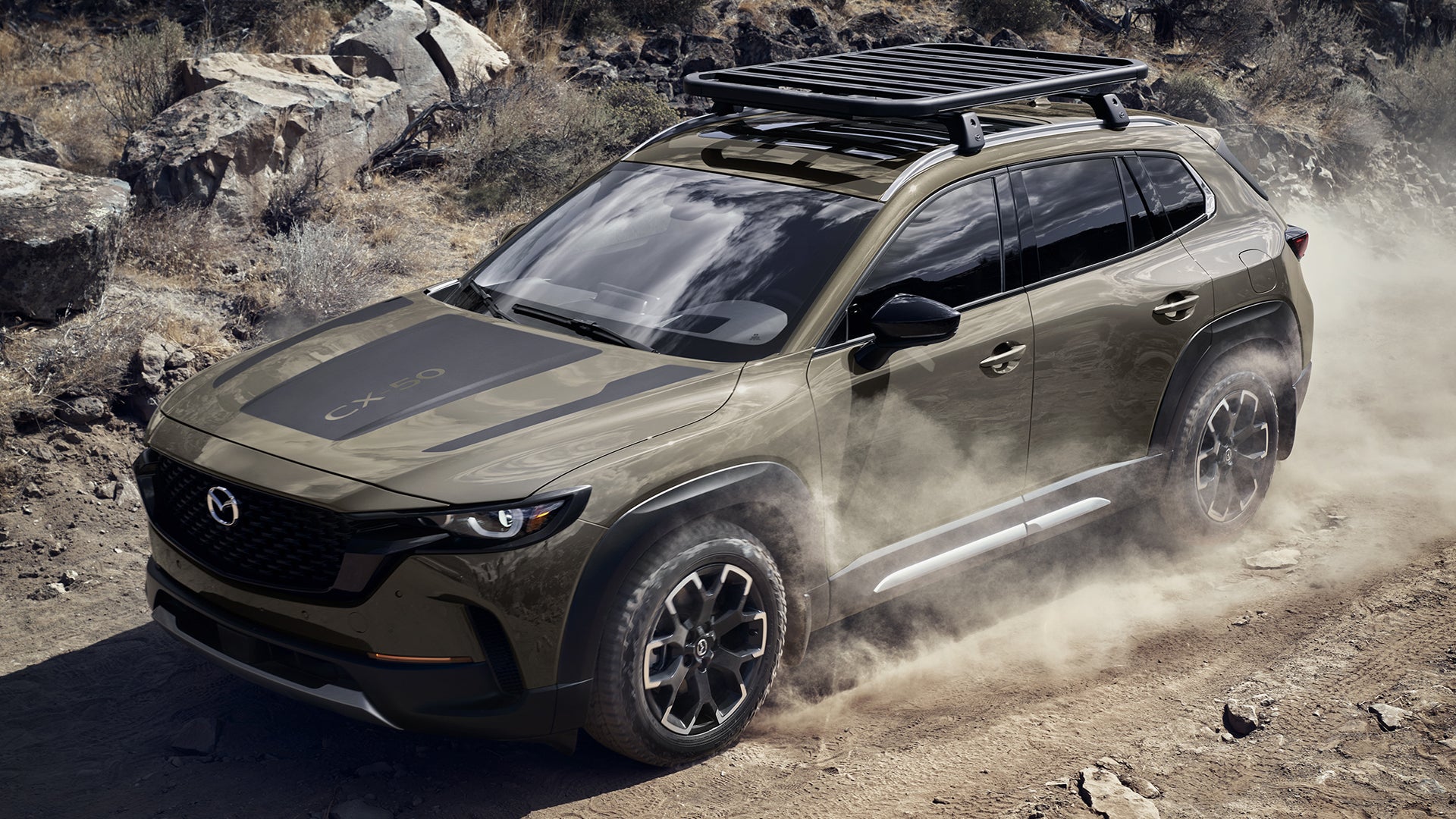 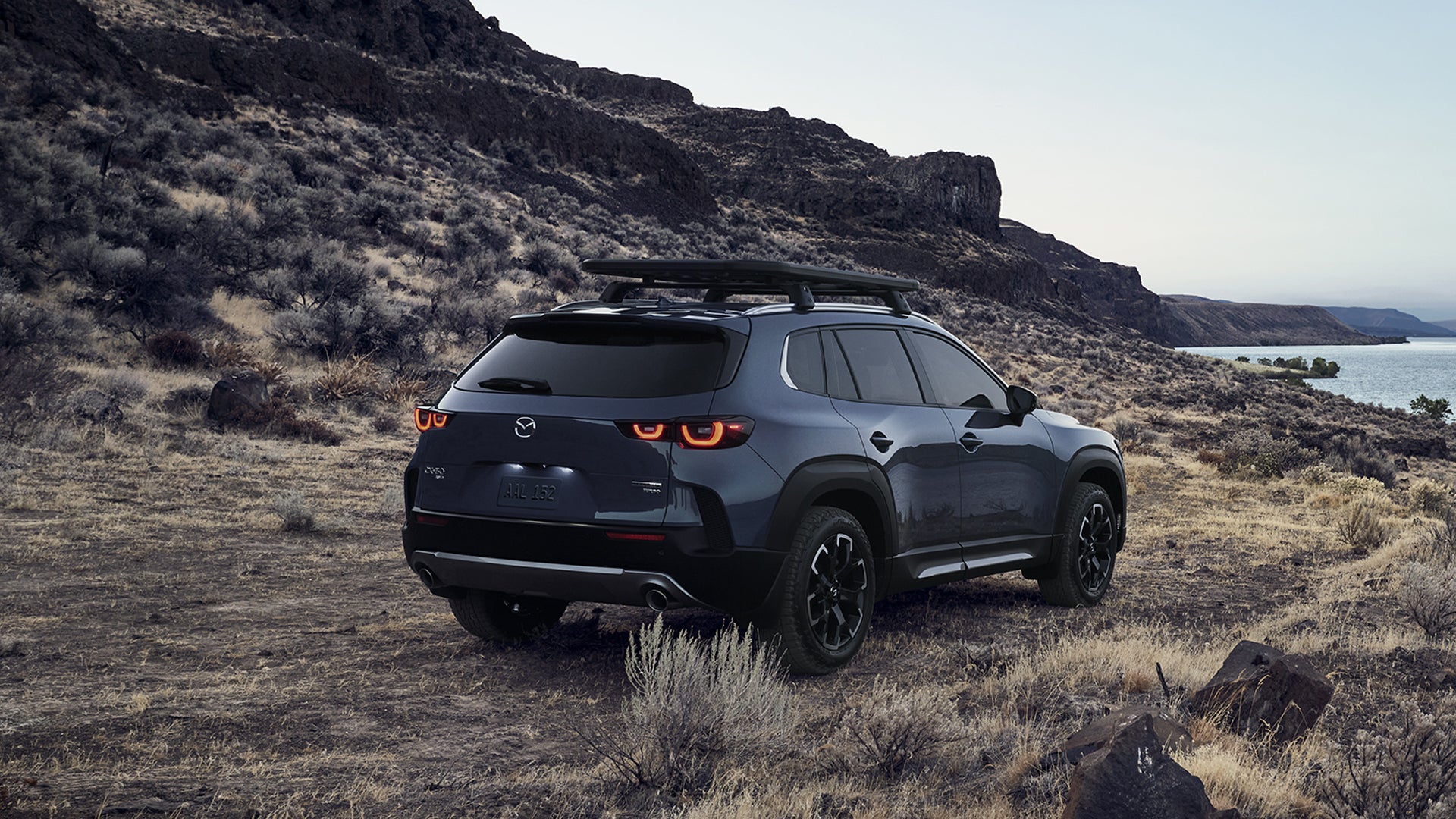 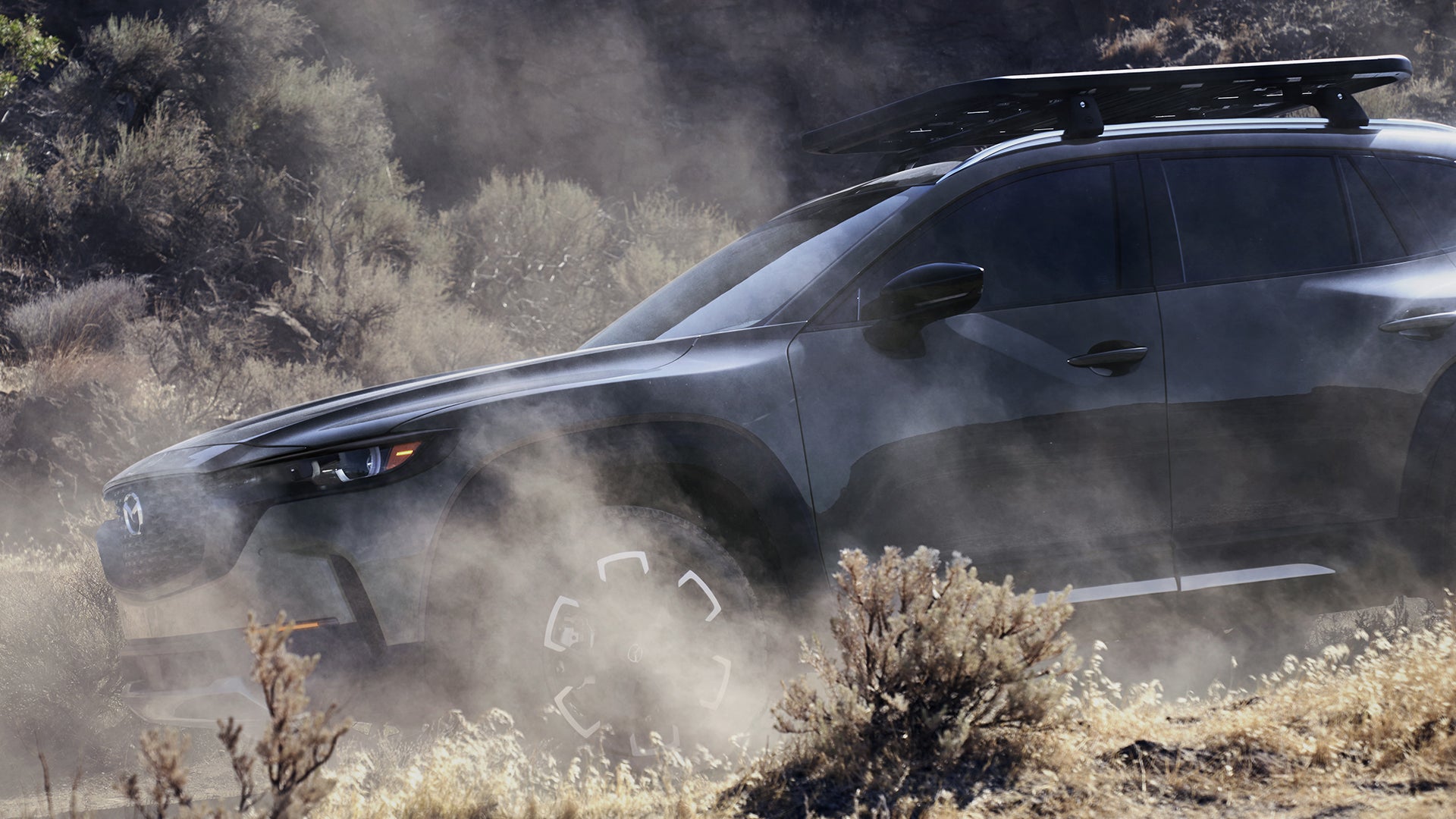 The CX-50 rides on the same platform as the handsome CX-30 and is powered—at least for now—by Mazda’s tried-and-true family of 2.5-liter engines. Buyers have the option of choosing the naturally aspirated version or a more muscular turbocharged variant at launch, both of which still sit transversely in the engine bay, meaning that buyers hoping to see a longitudinal inline-six will need to wait until Mazda’s remaining pair of larger crossovers are revealed. Mazda says it will eventually offer the CX-50 with electrified powertrains, too, one of which will be a traditional hybrid.

All-wheel drive is standard, as one might expect for a crossover that’s touted for some light off-roading. Mazda has also added a new selectable drive mode that caters to off-road use, but will still provide pavement-centric options like sport and towing modes.

Mazda didn’t specify which tires will be available on the CX-50, though zooming in on the examples shown here reveals Falken Wildpeaks—a popular all-terrain pick in the industry.

The CX-50 also looks surprisingly refined for something built to get dirty. Off-road appointments like a taller ride height and wide flares add to both function and demeanor, while its Kodo design remains exceptionally Mazda-esque.

Customers will be pleased to know that the interior doesn’t necessarily trade luxury for utility. Earthy tones make up the CX-50’s seats and switching, plus minimalistic surfaces remove distractions from the driver to focus on what’s most important: the road (or lack thereof, apparently). 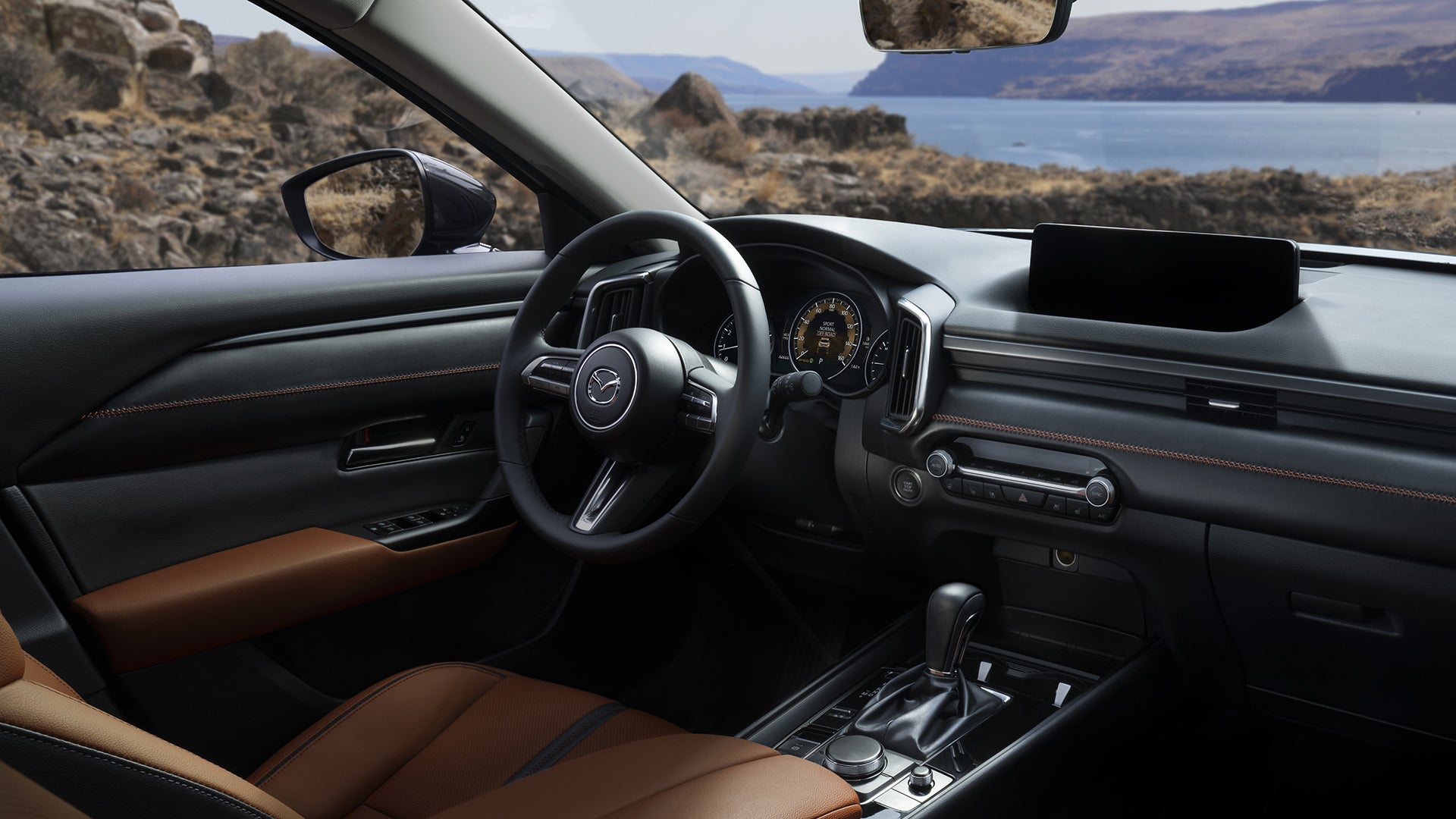 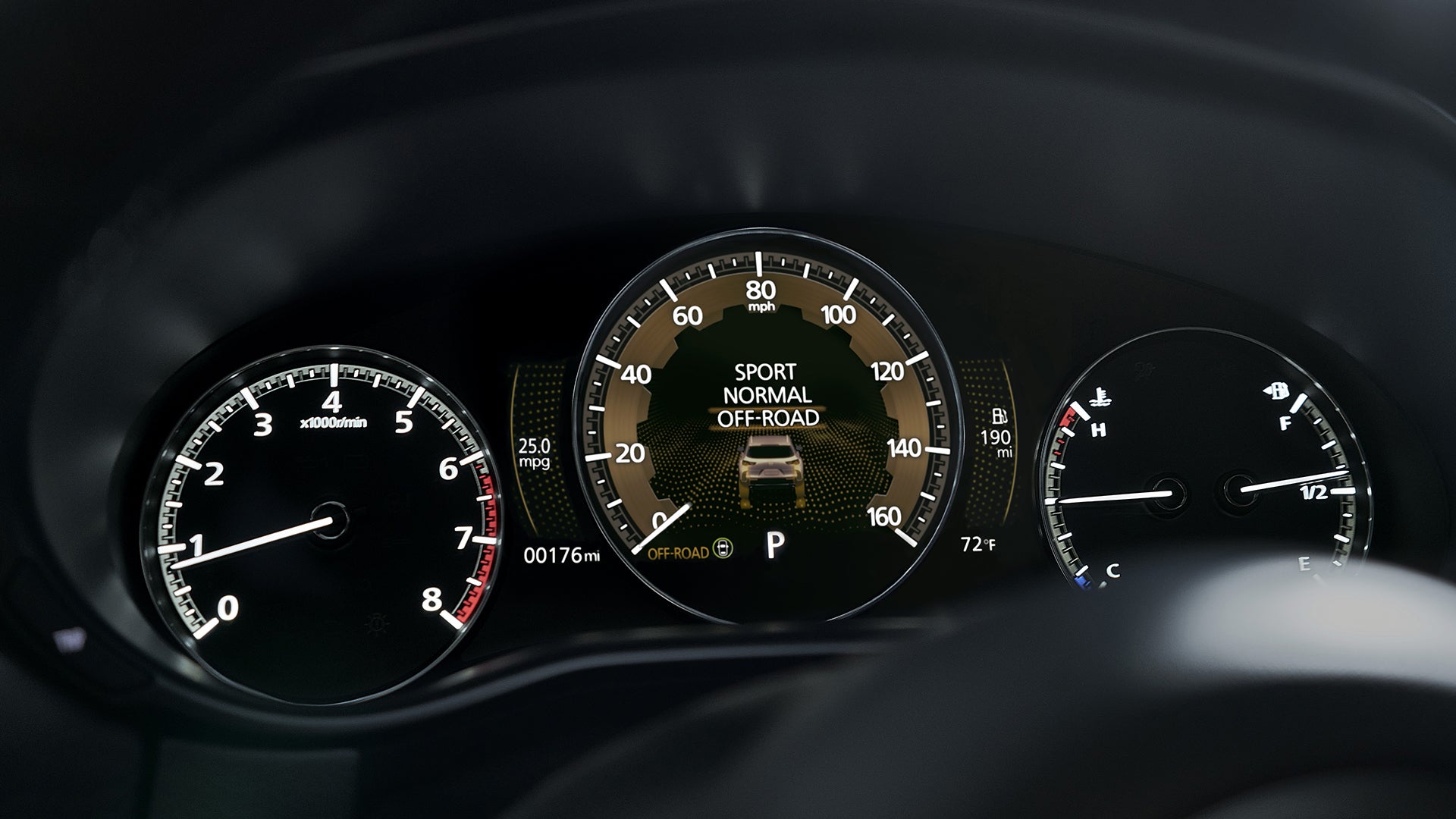 While Mazda hasn’t given dimensions or other details that speak to the CX-50’s size, it’s worth noting that the newcomer will be sold alongside the CX-5, similar to the CX-30 and CX-3—until the latter was discontinued, of course. However, the CX-50 will be manufactured at a completely different plant—Mazda’s joint assembly facility with Toyota in Huntsville, Alabama—with production slated for early 2022.

The CX-50 is just one of three new SUVs that Mazda hopes will bolster its sales in the coming years. The upcoming two-row CX-70 and three-row CX-90 are expected to complement the already-available options, all while featuring a new upscale platform.

Pricing and availability for the CX-50 are expected to be announced closer to launch.