Demand for the electric 2022 Ford F-150 Lightning has been so extreme that the automaker poured an extra $250 million into its factory to increase production. Any more than that, though, it seems Ford isn’t yet prepared for—otherwise, it might’ve kept reservations for the Lightning open, rather than close them like it did today.

“As we prepare to make history together, we’ve closed reservations so we can start accepting orders,” reads a passage on the Lightning’s Ford product page. An email from a Ford dealer to an F150Gen14 user reveals the Blue Oval was already planning to close its reservation book on this date, and that Ford will begin making headway on its order bank in January. Come spring 2022, the truck will finally enter production. 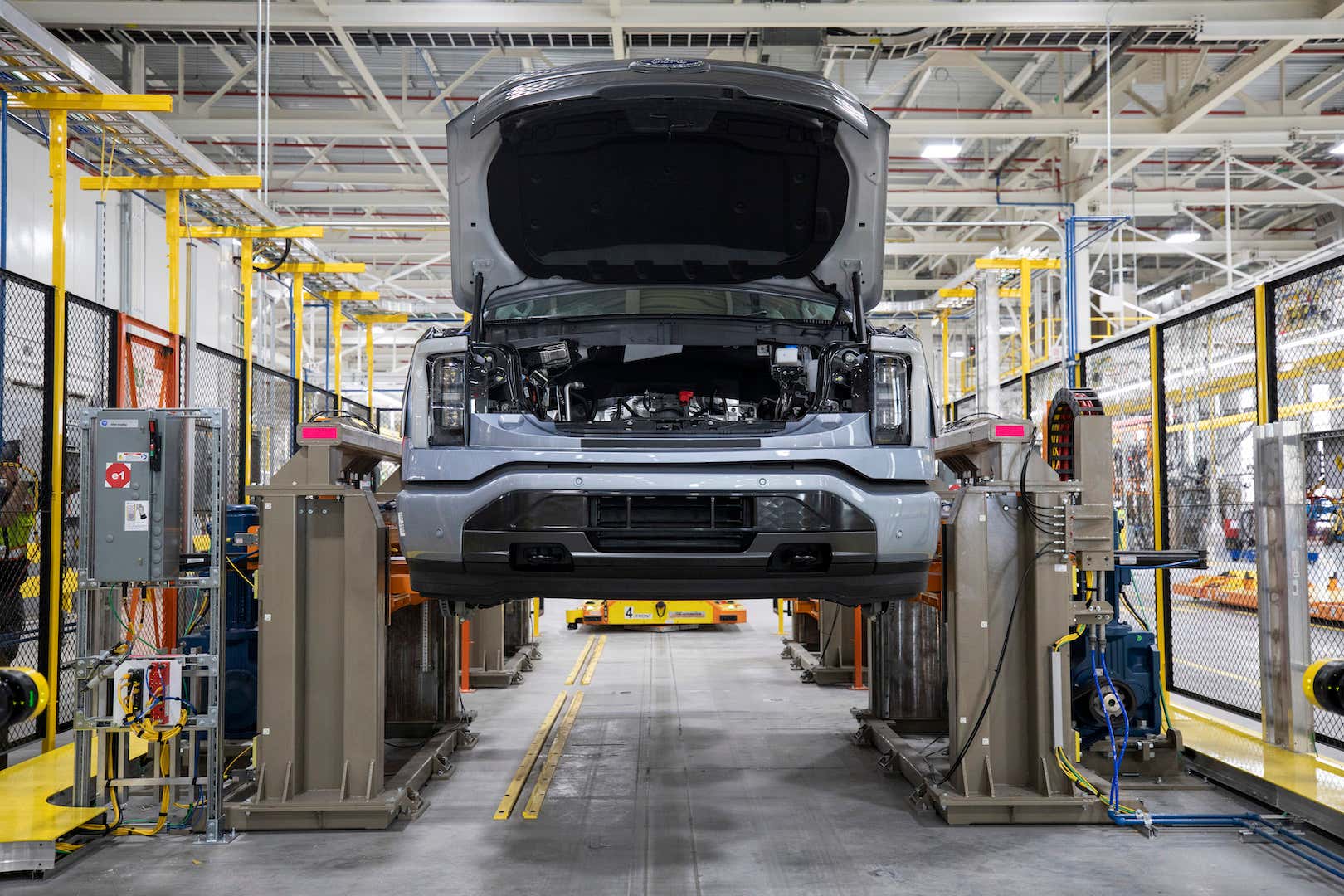 Ford apparently has more reservations than it has production capacity for the 2022 model year, as the dealer’s email states “not all reservation holders will receive an invitation to place an order for 22MY.” This becomes even more apparent when you consider Ford CEO Jim Farley told Automotive News that reservation totals were nearing 200,000.

If the Lightning is in a similar boat as its electrified sister model, the Maverick hybrid, early reservation holders may have to hold out for 2023 models. Still, with production capacity for 80,000 trucks annually by its second year, Ford will be positioned as the clear volume leader for electric pickups. After all, production of the comparable Rivian R1T reportedly won’t be scaled up until Rivian’s on track to fulfill its Amazon van contract, and the GMC Hummer EV as the most expensive of the three won’t ever sell in serious volume. It looks like a lead Ford will easily maintain, at least until the arrival of the Chevrolet Silverado EV—if not one that’ll carry forward until the Lightning gets a platform of its own.